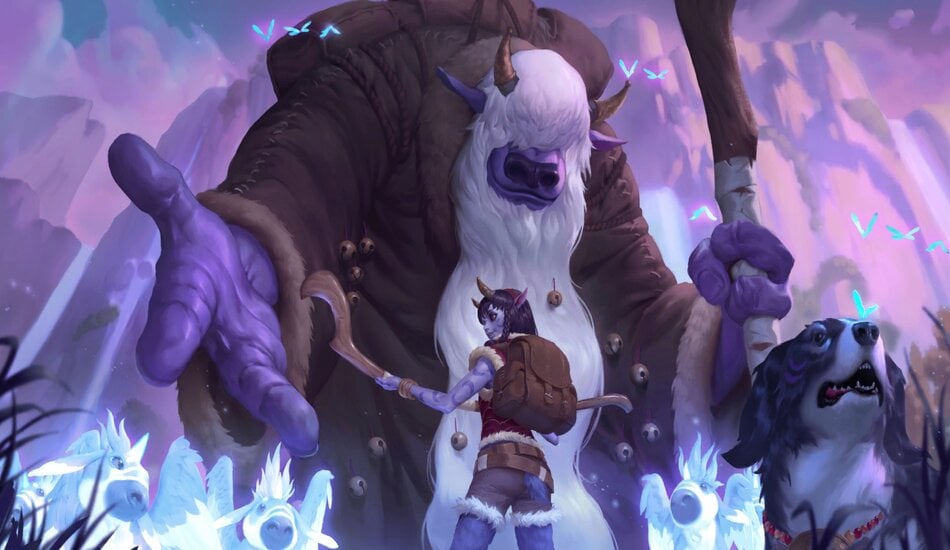 A total of 11 Legends of Runeterra cards are either getting nerfed or buffed in Patch 1.11.

There are slightly fewer balance changes in LoR Patch 1.11 than the 1.10 update, but still numerous. The live design team announced two weeks ago that players should expect adjustments to Aurelion Sol, Hush, and Grandfather Rumul. Changes were applied, along with nerfs and buffs to several other LoR cards that could shake up the meta.

From Inspiring Mentor to Bastion, here’s every balance change taking place in Patch 1.11.

Aurelion Sol was the only champion affected by the LoR 1.11 balance changes. The dragon was slightly nerfed, changing his Level-Up text to “allies have 25-plus total power.” Providing “more room” for players to interact with Aurelion Sol, according to the LoR live design team, the dragon should still be a strong finisher.

From long-term problematic cards like Radiant Guardian to new additions such as Jack the Winner, both detrimental followers were hit with a nerf. Inspiring Mentor was given a buff and a nerf, while Petty Officer had a revert. In total, seven followers were adjusted within Patch 1.11.

Gaining five life from Radiant Guardian has been a persistent issue within the LoR meta. She often wins games based on her Lifegain ability, which has led to her power being reduced to four.

Ionian Aggro builds took a big hit the last time Inspiring Mentor was adjusted. In an effort to “give Ionian Aggro decks a bit more early power,” the tea-loving follower who grants an ally +1/0 stats was given a power increase while also suffering from a health decrease.

A buff was applied to Pix to “create more opportunities for support decks to do their thing,” according to the LoR team.

Jack the Winner has proven himself in the meta, often as a card that slows games down while creating removal via Sleep with the Fishes. His health was nerfed by one, so players have a better chance of removing him from the battlefield.

Petty Officer was buffed in Patch 1.4, increasing her health. With the Gangplank/TF build dominating the LoR meta at the moment, her health has been reverted back to one.

Often passed over, Grandfather Rumul was shown some love with a buff to his “Play” ability.

Mountain Goat was provided a “general usability buff” that should improve the goat of Targon as a “potential target for buff-heavy decks.”

A total of three spells were adjusted in LoR Patch 1.11. And the changes applied to all three will have a major impact on the meta.

Hush was on the hot seat for Patch 1.11. Able to Silence champions, the spell is a must-have in a number of decks. Wanting to keep Hush as a core spell in Targon, the live design team increased its Fleeting cost by one. But the adjustment is temporary. Another balance change for Hush is scheduled to take place in Patch 1.12, which will “remove Hush’s repeatable aspect entirely and reduce its cost.”

Able to refill spell mana after casting Cosmic Inspiration was a huge plus. But those days have come to an end since the spell only grants allies everywhere +2/+2 stats now without the mana refill.