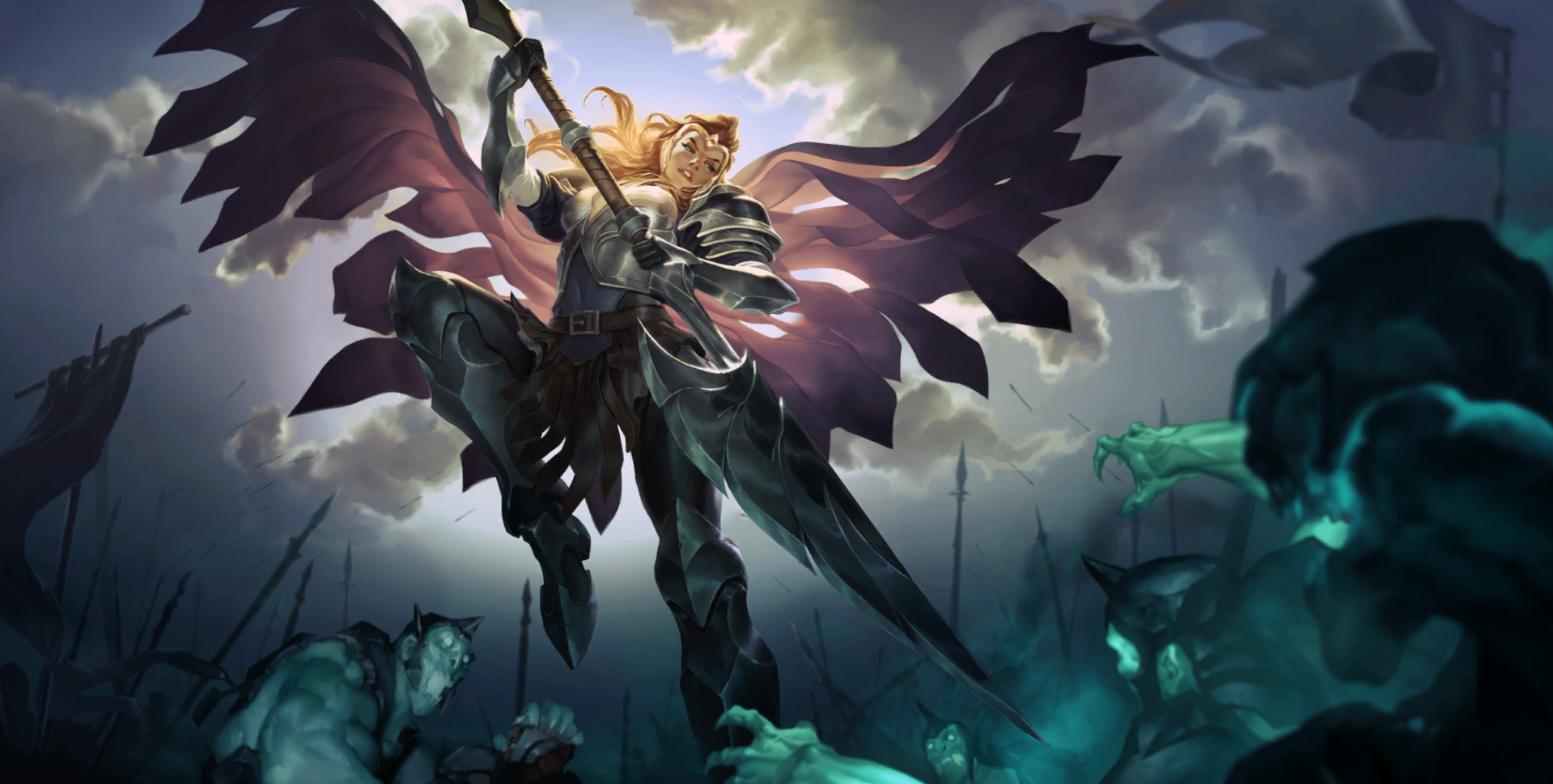 Tomorrow’s Legends of Runeterra Patch 1.11 is nerfing 11 cards, three of which are essential in control decks and strategies using Invoke. The three cards receiving nerfs are Aurelion Sol, Radiant Guardian, and the uncollectible Cosmic Inspiration.

Aurelion Sol’s nerf makes it more difficult to level him up, now forcing his player to have 25 total power among their board by the end of the round as opposed to 20. This nerf comes because Aurelion Sol could often end games by himself upon leveling up due to the immense cost reductions he brought to impactful Celestial cards. Requiring an extra five power will add to the difficulty of leveling up Aurelion Sol since often getting an extra 10 power outside of Aurelion Sol was already an arduous task.

While fans of the massive and expensive space dragon may recoil at this nerf, his leveled form is still untouched. This means that it’s still possible to piece together 30 mana and turns when you involve level two Aurelion Sol and Living Legends.

The nerf to Radiant Guardian also hits anti-aggressive strategies fairly hard. Previously a tech card, Radiant Guardian could often shut down aggro decks if she activated her effect against fast builds. This nerf gives aggro decks more breathing room if she gains her Tough and Lifesteal keywords. Another hidden nerf to this change is to Remembrance, which gets weaker whenever it summons Radiant Guardian now.

Cosmic Inspiration, although an uncollectible card, has had a massive impact whenever it was obtained through Invoke. The raw power it brings by granting all of your units a permanent +2/+2 stat bonus for the rest of the game is nearly unparalleled in value. Players who activated this spell and survived the immediate turns after could usually run away with an easy victory. Now with its ability to refill spell mana removed, this opens up a wider window for players to get punished after playing it.

All of these changes and more will occur when LoR Patch 1.11 is released tomorrow, Sept. 30.