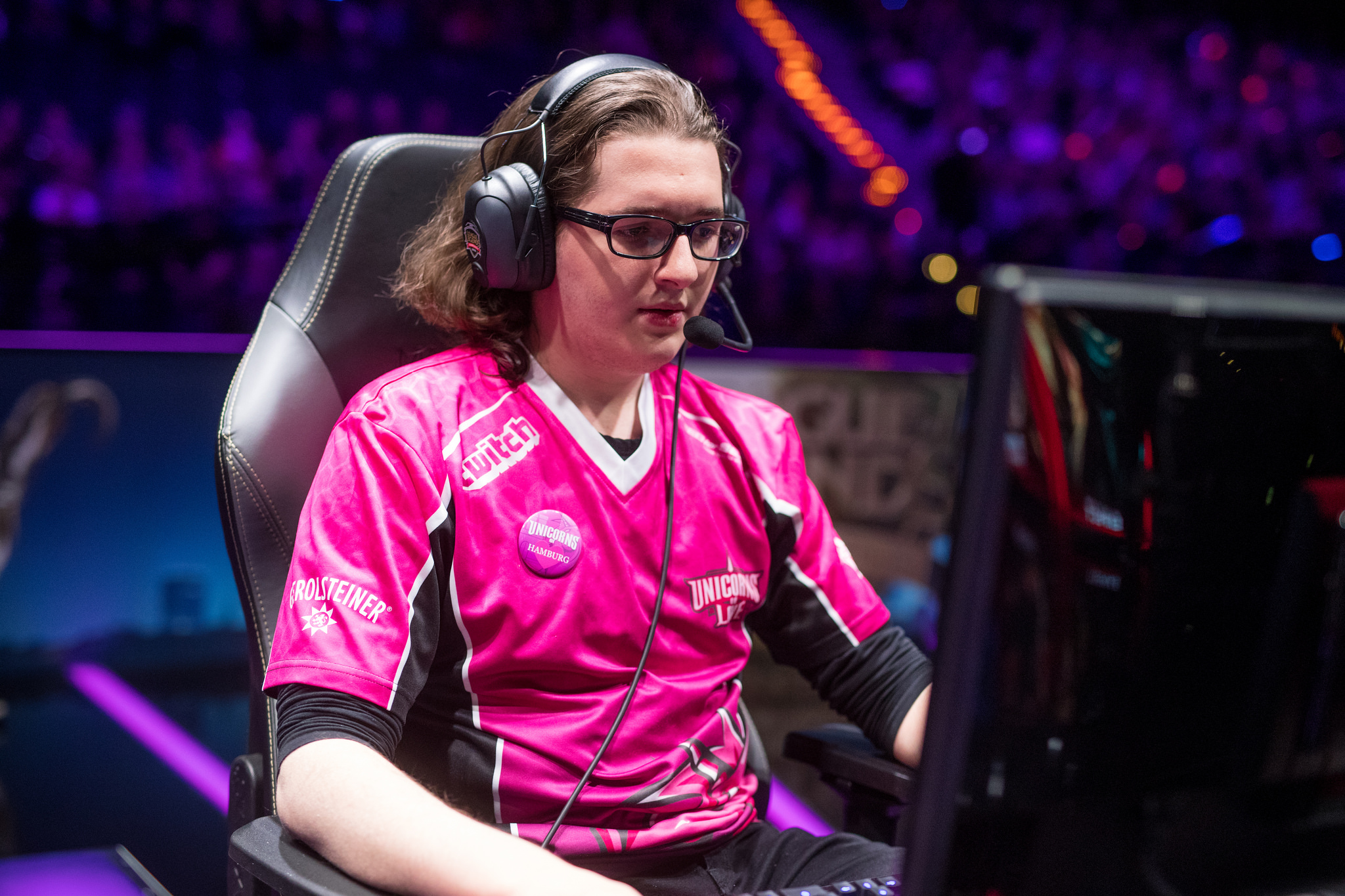 When the 2017 EU LCS Finals began, one team on the stage was familiar. G2 Esports had been running the league for over a year and were expected to take home another title.

In their way were plucky upstarts decked out in bright pink. It was up to Unicorns of Love, led by rookie jungler Andrei “Xerxe” Dragomir, to do the impossible and stop G2. Though they didn’t succeed, the Unicorns did take a game off G2 in a finals that was closer than expected.

“The best time I had in UoL was 2017 Spring Split Finals,” Xerxe told Dot Esports in an interview following the season. The Unicorns had slowly grown over the last couple years and it looked like adding Xerxe may have been the final piece. But instead of continuing their success in the summer split, UOL faltered, failing to win a game in the playoffs and missing out on Worlds yet again. “I knew that with the new changes in the team I would never get that close ever again,” Xerxe said.

The big changes started with rumors that longtime Unicorns Tamás “Vizicsacsi” Kiss and Zdravets “Hylissang” Galabov were moving on. That was a clear indication to Xerxe that he too needed to look at other options in the region. “As soon as I heard about Vizicsacsi and Hylissang’s decision to leave it was very clear to me what to do next,” Xerxe said. “Leaving was a very natural and inevitable event as I felt like I had reached my potential with them.”

He’s definitely thankful though for his time with UoL and how much he learned there. “I will always be grateful that UoL was my first LCS team,” Xerxe said. “I will probably get nostalgic over it. I’m very aware that if UOL hadn’t picked me up back then, there is a small chance I would be stuck somewhere in [the] Challenger Series [or a] national league. No matter how talented or good you are you need to be a bit lucky. I guess I was.”

The winds of luck brought Xerxe to a solid landing spot with Splyce. Filled with veterans like fellow Romanian Andrei “Odoamne” Pascu, Splyce are loaded to continue to grow where the Unicorns leveled off. In terms of coaching and strategy, the two are near-opposites. UoL loved opting into chaotic teamfights no matter what position they were in on the map. Splyce have historically done a better job controlling waves and setting up a sensible late game. Whether that can continue will be on Xerxe’s shoulders.

“My playstyle has changed quite a bit in the short time I’ve been offstage,” Xerxe said. “I’ve spent a lot of time identifying my weaknesses as a player. [Joining Splyce] is the first step I take in becoming a better jungler, and I’m not going to stop here.” Xerxe was able to succeed amid all the chaos the Unicorns played with, finding ways to invade and set vision even when his laners gave him little help. If he gets better with Splyce, he could turn into a real star.

But Xerxe isn’t looking that far ahead yet. The union is still new, and Splyce have completely remade their team heading into 2018. “I’m very happy with joining Splyce,” Xerxe concluded. “We’re just at the beginning of our journey. This is a marathon, not a sprint.”