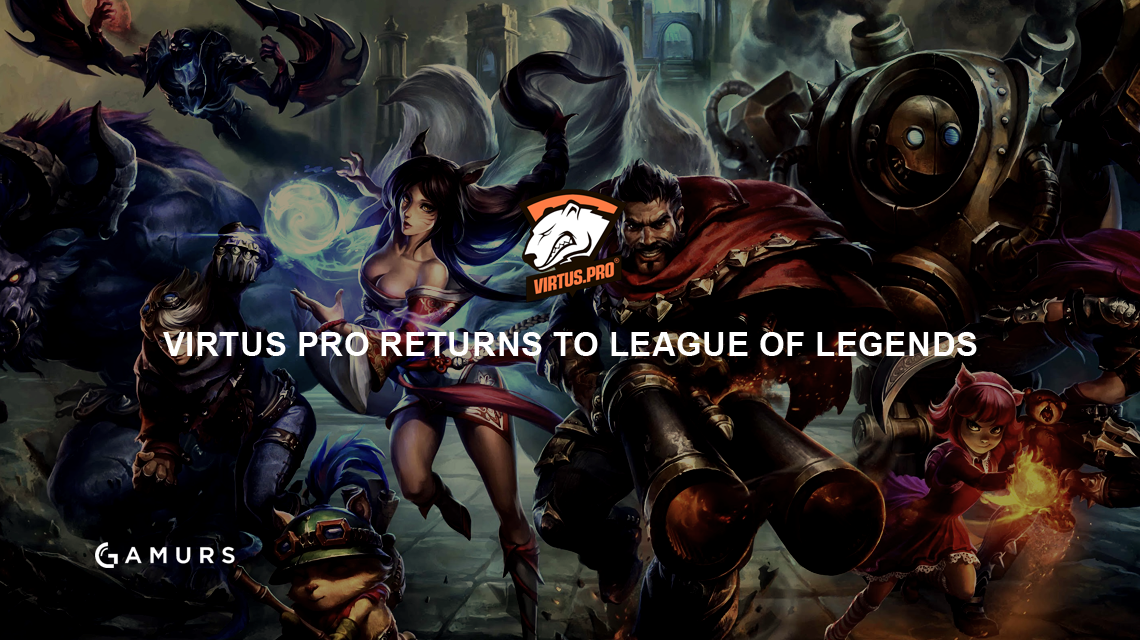 Virtus.pro has announced its decision to return to professional League of Legends with an all-new roster. The new team will participate in LCL Open Cup and play in the next season of LoL Continental League (LCL).

This means they will be up against the likes of Albus Nox Luna and Gambit Gaming and could truly make the LCL a vastlymore  competitive scene this year for that all important place to challenge for the International Wild Card spots for both the Mid-Season Invitiational 2017 and the League of Legends World Championship 2017.

The news has been garnered with growing interest to make the LCL have multiple spots in League of Legends World championship events to copy the LMS region who also have two spots at Worlds and 1 spot exclusively for them at MSI.

You can read the official announcement here.

What are your thoughts on VP’s entrance into LoL? Will you be supporting them? Let us know in the comments below or by tweeting us @GAMURScom.