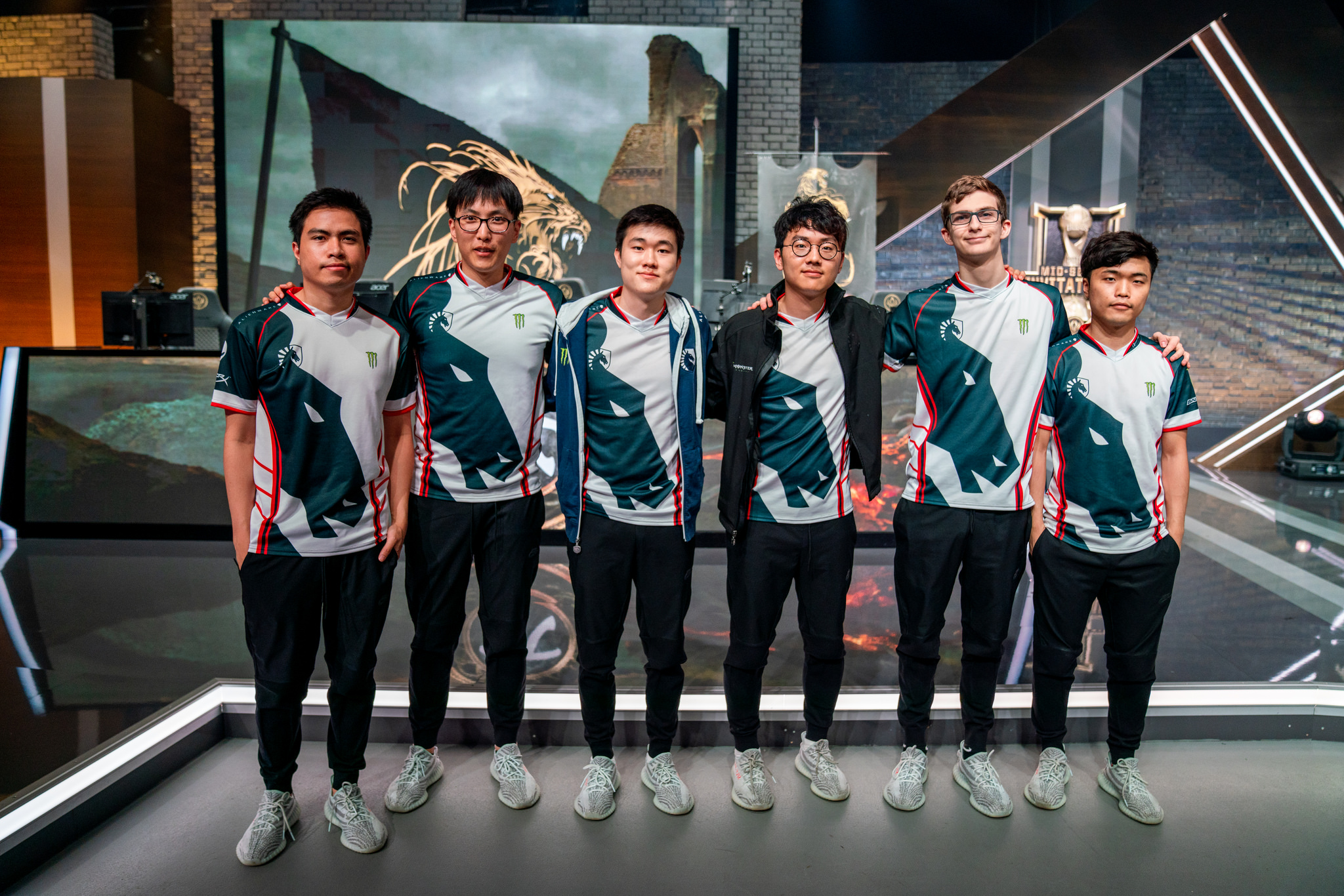 Team Liquid have earned their first win of the 2018 Mid-Season Invitational against the LPL’s Royal Never Give Up to keep their chances of reaching the knockout stage alive.

Heading into Sunday’s match, Liquid sat at the bottom of the standings at 0-4 after being destroyed by Flash Wolves and Fnatic on Saturday, crushing the hopes of NA fans in the process.

RNG made some odd decisions in the drafting phase, however, picking up Nocturne to try to deal with Skarner and leaving Shen open, a champion that has historically punished the LPL region as a whole.

Team Liquid’s ADC Yiliang “Doublelift” Peng and top laner Jung “Impact” Eon-yeong both got things started in the early game with a superb five-man teamfight in the bot lane. This gave Doublelift the lead over RNG’s star ADC Jian “Uzi” Zi-Hao, who has been the main playmaker for RNG throughout the entire tournament.

Liquid used their initial lead to clean up objectives across the map and take control of the game. Even when RNG tried to secure a Baron at 25 minutes, Team Liquid stole it after jungler Jake “Xmithie” Puchero jumped over the wall, sacrificing himself for the good of the team.

The Baron gave Liquid even more control, more objectives, and ultimately won them the game after a series of great teamfights went in their favor.

Team Liquid not only showed some of the best League of Legends that we’ve seen from them in the entire tournament, but the NA LCS squad successfully played to their strengths after having a stronger draft phase.

Now at 1-4 in the standings, Team Liquid are tied with EVOS Esports and are one win away from a playoff spot. Liquid will need to keep winning and hope that other results go their way, however, in order to catch up to the top of the pack and secure a place in the next round at MSI.

Team Liquid will look to keep their chances of a 6-4 record alive when they battle against the LCK’s KINGZONE DragonX in the final match of the day. Team Liquid came close to pulling off a shocking victory against them in the first match of the group stage, but they’ll need to channel their inner-Fnatic to get a win.