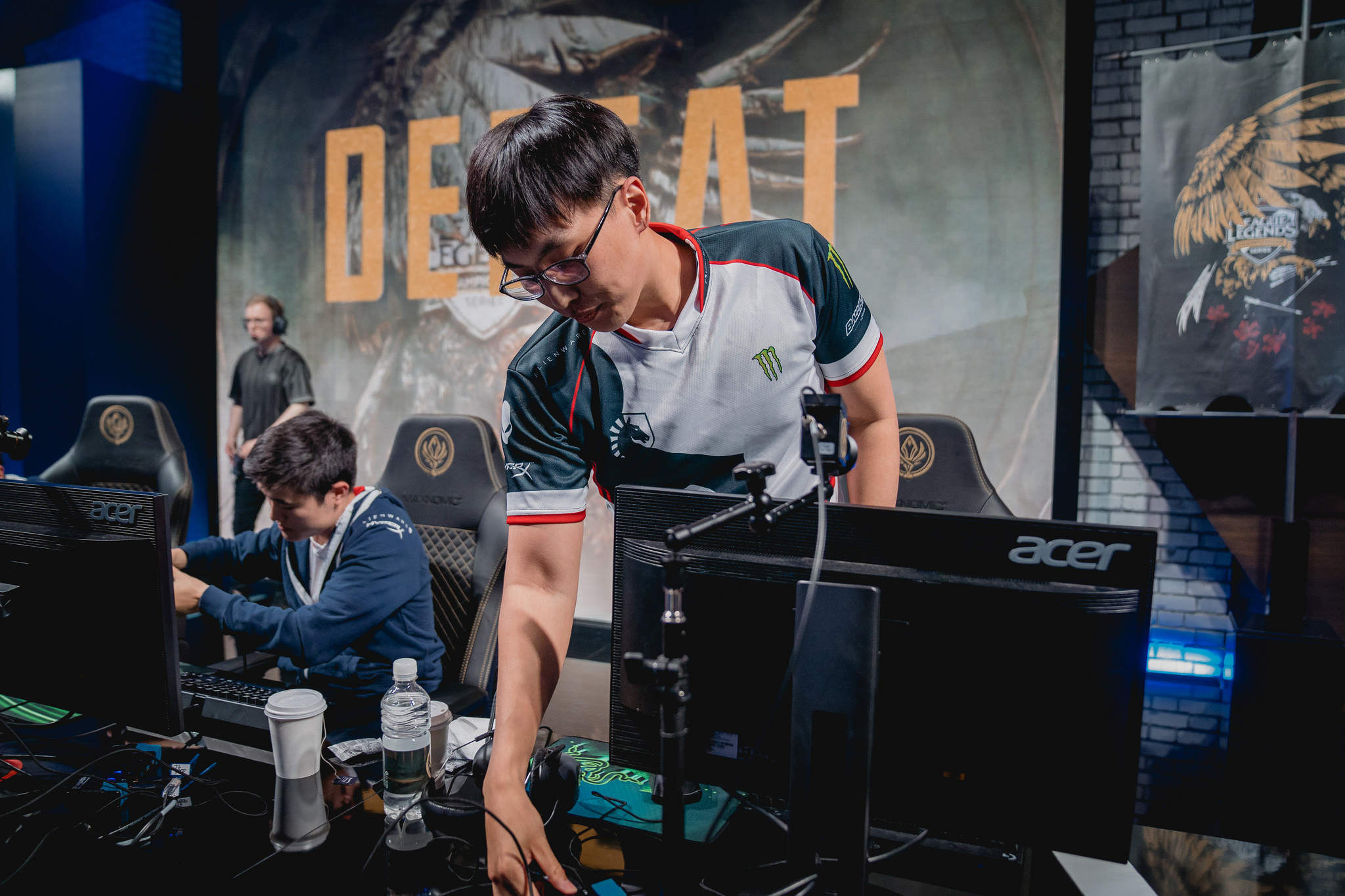 Get your “NA at international events LUL” memes ready, because Team Liquid fell to the Flash Wolves today at the 2018 League of Legends Mid-Season Invitational. They’re now stuck at the bottom of the standings at 0-3, and Liquid’s hopes for escaping the group stage have grown slim.

For Yiliang “Doublelift” Peng, this loss was reminiscent of his performance with TSM at Worlds in 2017—the Flash Wolves scraped enough games off of them to force a tiebreaker with Misfits to advance, which TSM ultimately lost.

The game was, by all means, a complete pubstomp. Flash Wolves amassed nearly a 10,000 gold lead on Liquid around the 24-minute mark. Unfortunately for Liquid, the problems were almost too many to count.

For starters, the substitution of Kim “Olleh” Joo-sung for Joseph “Joey” Haslemann proved to be a mistake as Joey died twice fairly early on against the Flash Wolves bot lane. According to a pre-game interview with coach Jang “Cain” Nu-ri, the swap was done partly on Olleh’s request because he was feeling the pressure of the event particularly more than expected. After this game, though, he may have no choice but to enter the fray once more.

On top of that, the draft was focused around empowering Eugene “Pobelter” Park, which was extremely uncharacteristic for Liquid. Typically, Pobelter is placed on a control mage to heavily influence the pacing and zoning of fights, something that he typically excels at. Instead, he blind-picked Yasuo, a champ that relies purely on damage rather than control. It proved fatal, and Pobelter had the worst scoreline in the game.

Liquid’s typical style of forcing early teamfights and baiting enemies into massive five-vs-five slugfests was absent, too. Instead, Liquid attempted a strange splitpush strategy that ultimately led to Pobelter being caught out and killed twice in a row near the mid-game, opening the map for Flash Wolves.

Although this is only speculation, Liquid almost entirely abandoning their comfortable picks and in-game strategies is most likely a symptom of a larger problem with mentality, which is a frequent issue for North American teams at international events. If they hope to claw their way back into the top four to escape the group stage, they’ll have to calm down and focus on what they do well.

As of right now, however, the Team Liquid we’re seeing is almost totally different from the one on display mere weeks ago against 100 Thieves in the finals of the NA LCS.