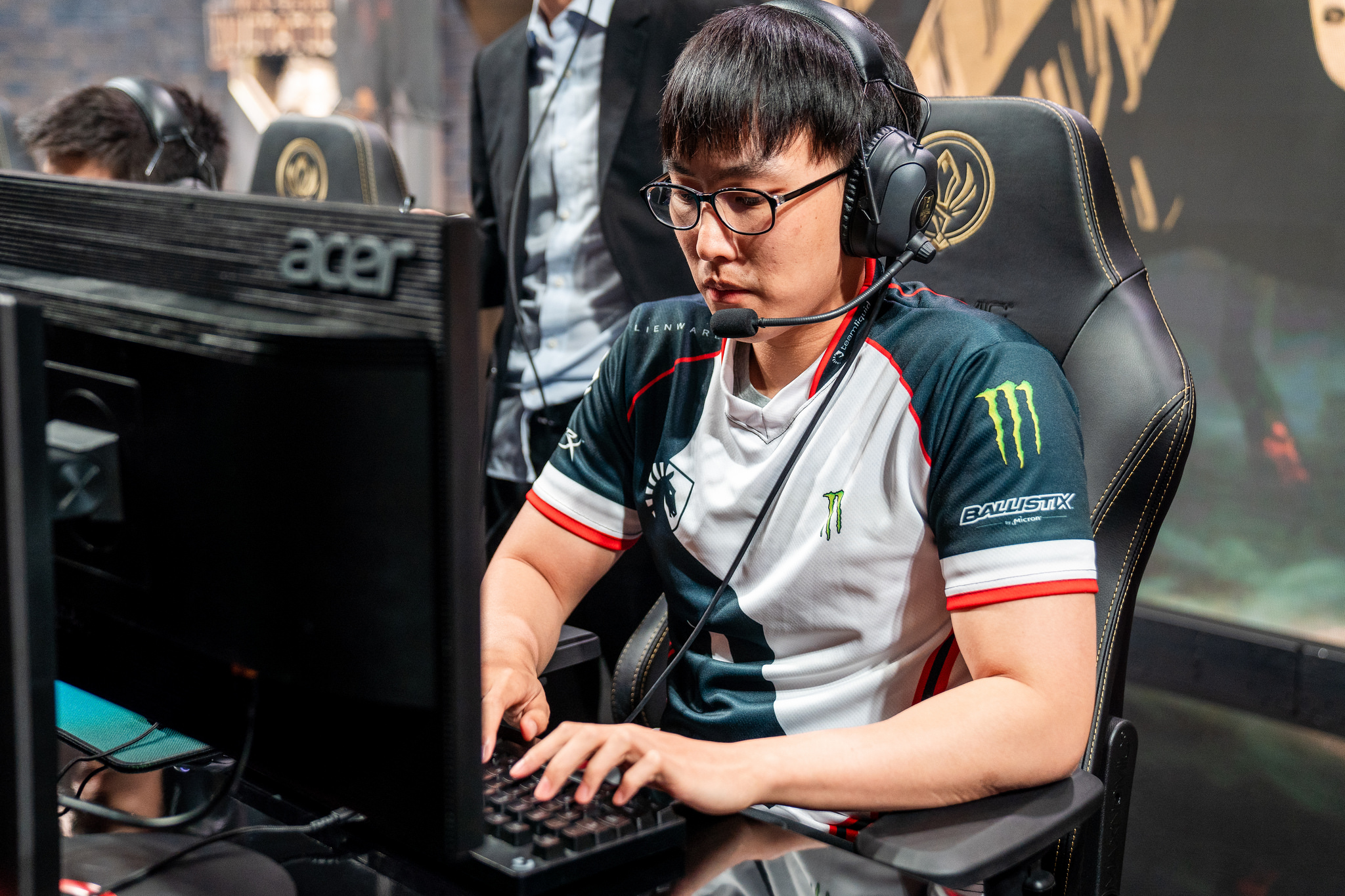 Fnatic closed out Saturday’s action at the 2018 Mid-Season Invitational with a classic European stomp against North America’s Team Liquid.

Day two of MSI looked dire for Team Liquid—the 2018 NA LCS Spring Split champions sit at the bottom of the standings as the only winless team. Without their starting support, Kim “Olleh” Joo-sung, in the lineup for their first game of the day against Flash Wolves, Team Liquid weren’t expected to win given their performance thus far.

Team Liquid’s best shot at victory on the day was against Fnatic in the classic NA vs. EU clash. Team Liquid drafted a composition filled with comfort champions, such as Tristana for ADC Yiliang “Doublelift” Peng and Azir for mid laner Eugene “Pobelter” Park. And with Olleh back in the lineup for this game, Team Liquid had all the tools necessary for success.

But even with their comfort champions, Team Liquid continued to struggle. Doublelift and Olleh gave up an uncharacteristic solo kill to Fnatic’s bot lane, and Pobelter fell far behind Fnatic mid laner Rasmus “Caps” Winther in creep score.

To Team Liquid’s credit, they remained proactive throughout most of the game. Team Liquid continuously attempted to make plays around the map, which kept them in the match. But where Team Liquid faltered was in the execution of these plays.

Fnatic not only easily fended off Team Liquid, but the Europeans successfully executed their own attempts at picks or teamfighting. This game looked more like a Fnatic stomping ground rather than the hyped NA vs. EU match everyone usually gets excited for.

Now at 0-4 in the standings, Team Liquid are getting closer to the point of no return in terms of advancing to the next round at MSI. As other teams in the tournament continue to procure wins, Team Liquid will soon find themselves unable to catch up to the pack if they can’t improve their performance tomorrow.

Team Liquid’s next shot at finding their first win of the tournament will be on Sunday, May 13 when they face Royal Never Give Up to open day three of the MSI group stage.