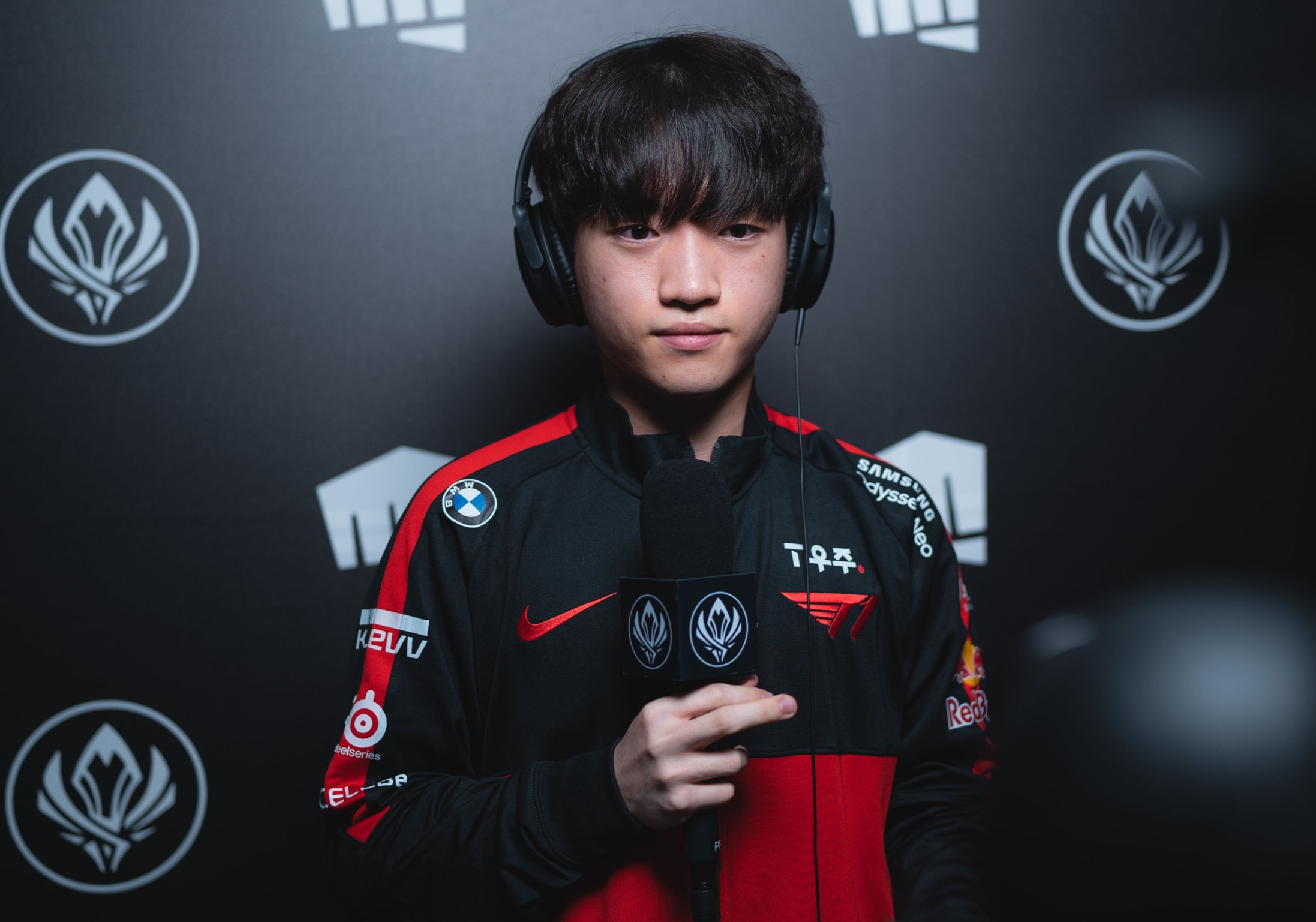 When T1’s Keria made his international League of Legends debut at the 2020 World Championship, the idea of playing in front of fans wasn’t a thought due to circumstances surrounding the COVID-19 pandemic. Today, he played the 24th international game of his young career, but the first in front of a live audience. The hometown Korean crowd welcomed Keria and the LCK champs to the global stage at the 2022 Mid-Season Invitational, where T1 continued their perfect season by winning their 21st consecutive match of the year.

At the height of League’s pandemic era in 2020, Keria was nothing more than a 17-year-old budding prospect. In two years, though, his meteoric rise has resulted in him becoming the undisputed best player in Korea—a title backed up by hardware. This spring, Keria became the first support player to win the LCK’s MVP award.

Following his team’s victory over Saigon Buffalo in the opening game of MSI 2022, Keria spoke with Dot Esports about his growth as a player and his goals for the season.

“I’ve been to a lot of international tournaments, but every time I was there, we had no crowd and we had no live audience, so it was a bummer,” Keria told Dot Esports. “But this time around, it’s happening in Korea, and also, it’s even more fun because I get to play in front of the T1 fans and the LCK fans out here, so it’s also a huge motivation for me.”

Since Keria’s first international event in 2020—which he attended with DRX, a team he only played his rookie season with—he has developed into the LCK’s top talent. Since arriving at T1, he’s become a key piece of the team’s success. After reaching the semifinals at Worlds 2021 and winning the LCK Spring Split this season, Keria and T1 reached an agreement to extend his contract through the 2023 season—a decision he attributed to a helpful coaching staff and a “really good environment for a pro player.”

Over the past 18 months, Keria has done some reflecting on the lessons he’s learned since his debut and how he’s grown as both a player and a person since his first year in the pros.

“At that time, I was not confident in my own performance,” Keria said of his rookie season. “I was always hesitant whenever I was about to make a play, but after that experience, I learned that I should be confident and trust myself. I really worked hard to become more confident in my own play and form, and it turned out really well. After that, I have a bigger belief and trust in myself, and everything is working better.”

At international tournaments, there aren’t many factors that are more valuable than poise, confidence, and experience: three intangibles that Keria has in plenty, despite his youth. His first international game in front of fans was business as usual. Against Saigon Buffalo today, Keria participated in 19 of T1’s total kills—just one shy of tying his season-high.

With an LCK title and Spring Split MVP award already in his back pocket, Keria’s next goal is to “beat all the good supports around the world and be remembered as the best support of 2022.” Keria mentioned Royal Never Give Up support and reigning MSI champion Ming as the player he’s most looking forward to facing in the tournament—although he’d have to wait until the rumble stage at the earliest for that potential matchup.

For countless young League players at this year’s MSI, the tournament represents a glimpse at what the pro scene looked like with in-person crowds prior to the pandemic. For players like Keria, Evil Geniuses’ Danny, G2 Esports’ Flakked, and many others whose careers spawned and grew in an online age, games in front of a lively audience are a newfound challenge.

While the MSI 2022 experience may feel like a return to the status quo for League veterans, it’s uncharted territory for the scene’s youngsters. Still, even in the midst of an unprecedented perfect season for T1, Keria’s main goal remains winning MSI above all. “I achieved the perfect split in a region that I think is really strong,” Keria said. “Also, I’m now representing the LCK, so I really want to win MSI.”

T1 will look to continue their perfect 21-0 season tomorrow with a best-of-one match against Team Aze of the Liga Latinoamérica (LLA).