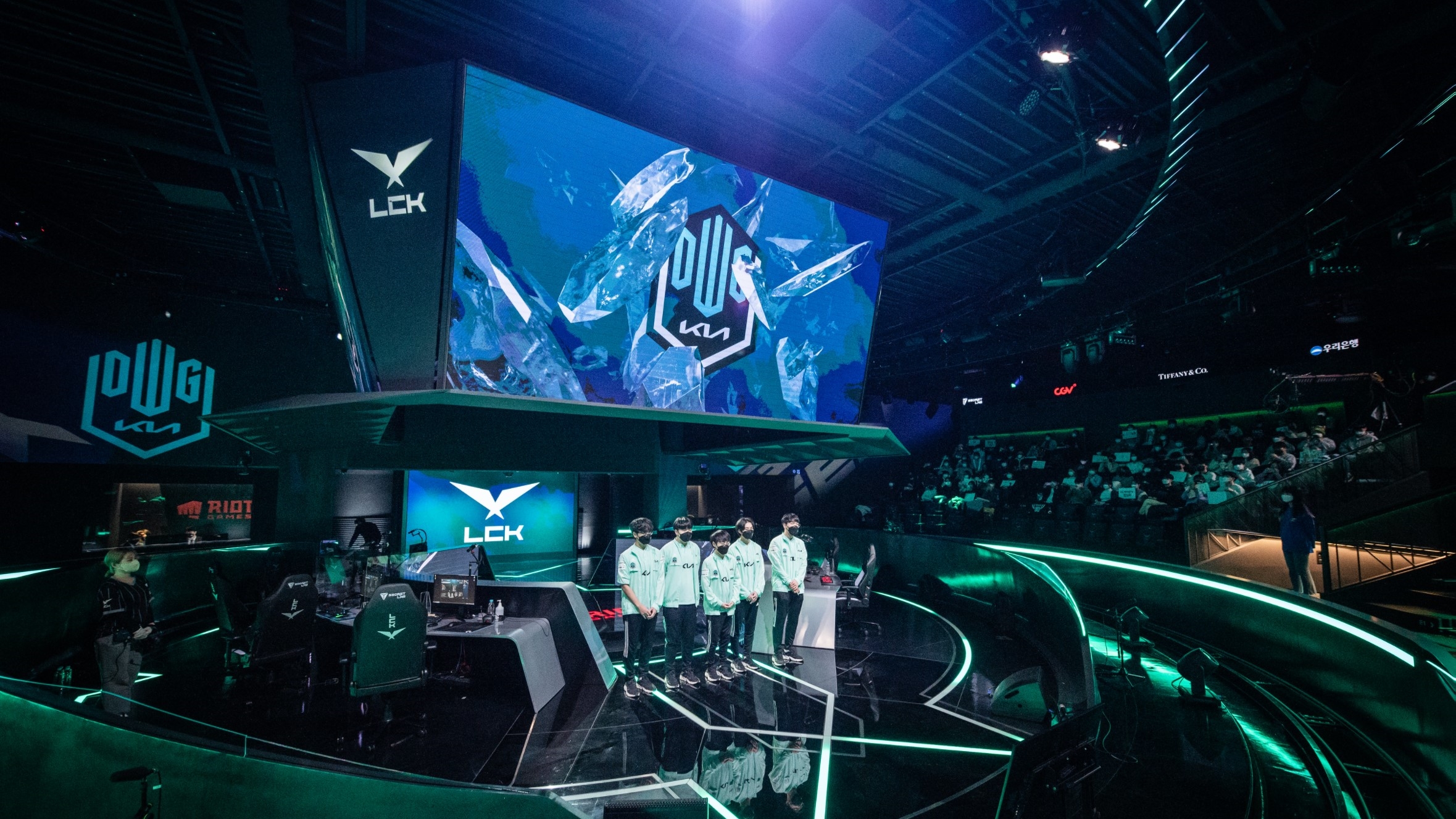 Heading into today, DWG KIA and Kwangdong Freecs were close to one another in the 2022 LCK Summer Split standings. But today’s League of Legends series between them was clearly a one-sided affair. DWG KIA swept over the Freecs in back-to-back games to secure an easy 2-0 victory.

The Freecs’ team composition in the first game had a mix of crowd control and poke champions. But since they failed to pick up even a single kill in the early and mid game, they fell behind their enemy counterparts.

DWG KIA, on the other hand, had Nuguri’s Gangplank, ShowMaker’s Corki, and deokdam’s Aphelios to melt down the Freecs’ champions in teamfights. By the time DWG KIA ended the game, they had 13 kills while the Freecs was only able to get one just before their Nexus went down.

The second game of the series looked like a similar story since the Freecs again went with a crowd-control heavy team. DWG KIA’s counter to this strategy was to beef up their champions. Thus, ShowMaker picked up Zilean, bringing in speed buffs, crowd control, and reviving abilities for the team.

DWG KIA played around deokdam’s Aphelios in teamfights, allowing him to dish out massive damage from the backline while the others engaged the enemy team. The Freecs even failed to protect their Nexus against their enemy’s team composition. DWG KIA simply marched down from the top lane and easily destroyed it to secure a 2-0 series win.

DWG KIA are now 6-3 and will go up against Fredit BRION next on July 17 at 3am CT. Kwangdong Freecs will be facing KT on July 16 at 3am CT.