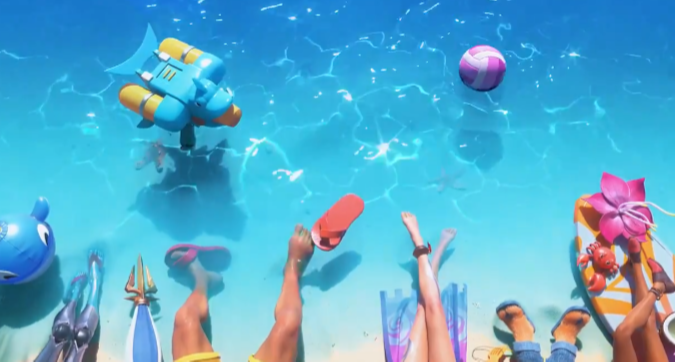 With summer just around the corner, everyone’s dying to have some fun in the sun—even the finest warriors of Runeterra.

Riot Games gave fans a sneak peek at the new Pool Party League of Legends skins today, showing off the champions’ legs as they dip their feet into the bright blue water. While little information has been revealed on who these champs are, fans have plenty of clues—and feet—to go off of.

Pool Party Taliyah was previously teased in League’s 2020 plans, which showed the Stoneweaver riding a monster wave on her surfboard. The champion on the far right lounging on her surfboard is likely Taliyah.

And few champions have robotic legs. Orianna, along with a whale floatie as her ball, is likely on the far left. The rest of the Pool Party roster is harder to figure out, however.

An umbrella topped with a golden trident head can potentially be Jarvan IV and his spear. A pair of furry feet likely points to a Yordle basking in the sunlight, perhaps bringing Teemo or Heimerdinger to the Pool Party skin line. And a tattooed leg may tease Jinx or Karma.

Riot will likely reveal all the Pool Party skins soon since they’ll hit the PBE before releasing on the live servers.