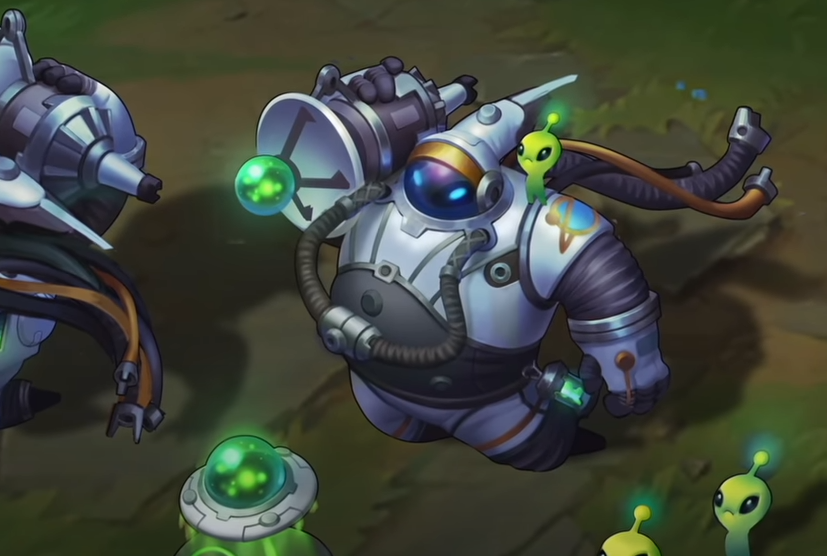 Get your wallet ready, League of Legends fans. New skins are coming.

League gameplay producer Jessica “Safelocked” Nam updated fans on Riot’s 2020 roadmap, which includes a number of new and snazzy skins. The Riot dev teased fresh cosmetics for Bard, Taliyah, and Pantheon, with more in the works before the year’s end.

“We hope this year’s focus on underserved champs feels good for mains who haven’t seen a skin in a while,” Safelocked said.

The Astronaut Bard skin gives the mystical being a spacesuit and ray gun. The Wandering Caretaker’s meeps are now adorable aliens, while his Caretaker’s Shrine (W) is a little UFO. Pool Party Taliyah rides in on a huge wave and surfboard when she ults, leaving colorful shells in her wake.

And while the Pulsefire Pantheon skin wasn’t explicitly announced, a preview for an in-game Pulsefire event shows the Unbreakable Spear in a futuristic gladiator suit.

Riot’s dev team previously promised skins for legends who haven’t gotten them in a while, releasing cosmetics for champs like Xerath, Sion, and Trundle. While Bard, Taliyah, and Pantheon were on that list of forgotten heroes, there are still more champions that will likely get some love this year, including Skarner, Kindred, Vel’Koz, Karthus, and Nautilus.