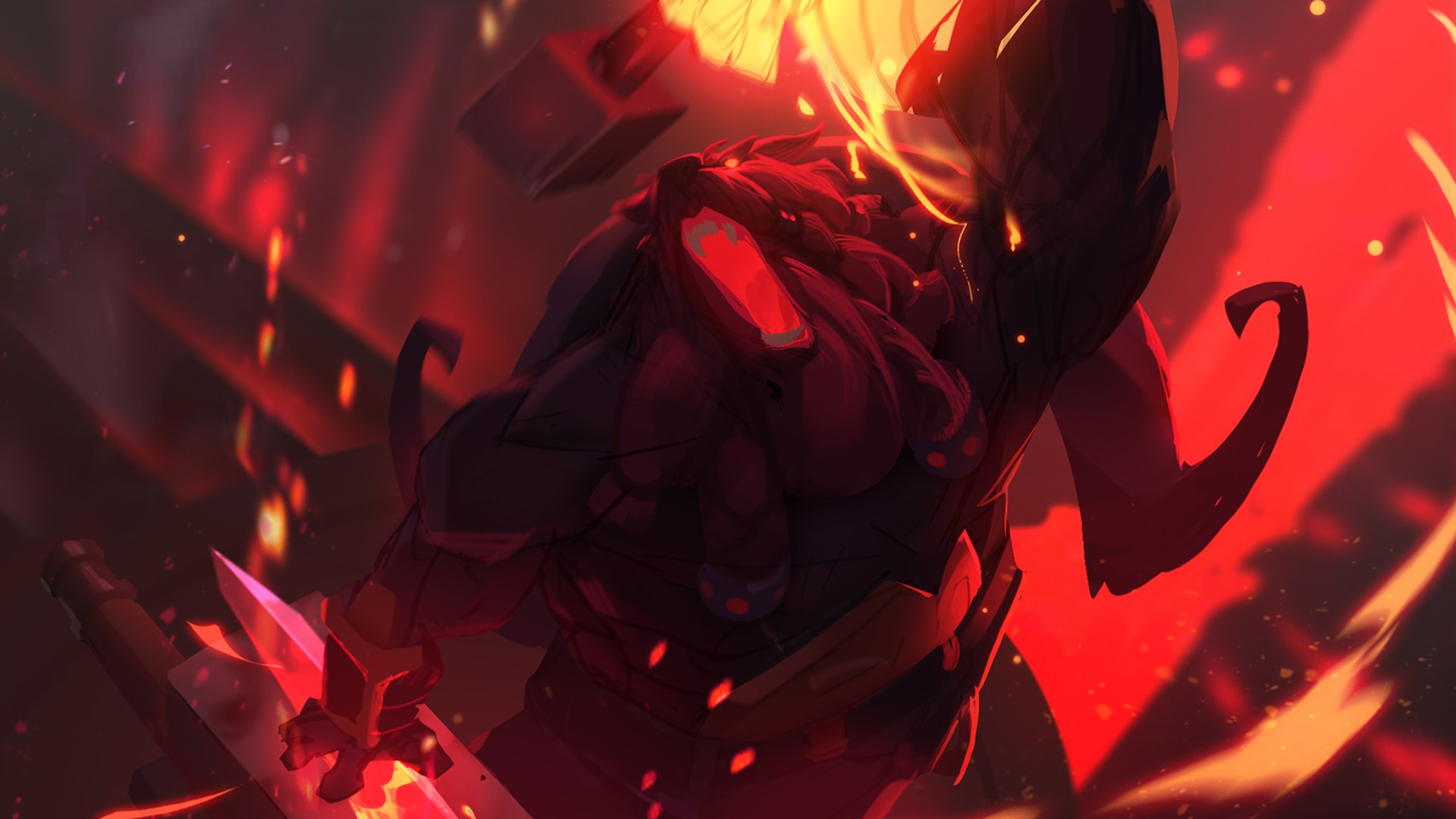 Everyone’s favorite forge-bellied demigod, Ornn, only exists because of a dare, according to Riot’s post on its editorial site Nexus last weekend.

Riot held an internal contest for its employees to decide the design of the next champion. Anyone in the company could submit an idea, and then they would vote on their favorites. The most-voted ideas would rise to the top of the list, much like Reddit, and then the top 10 would get their own special dev team to dive deeper into the champion to see if it would actually be a viable option. This is where Ornn, or the Living Forge (as he was known back then), originated.

A player support staffer dared NA live services specialist Greg “Morgageddon” Lovasik to get an idea into the top 10, and of the three he submitted, the Living Forge made the cut. This first draft of Ornn was simple, but a tad overpowered. He had a passive that reduced all incoming critical strike damage by 20 percent, making him a potent counter to ADCs.

Eventually, this draft of Ornn was combined with another very similar champion submitted to the contest, and that’s where he was sketched for the first time. Those early sketches looked very similar to the Ornn we have today, but ultimately, none of them stuck.

By the end of 2013, he was ready to roll for development to begin. Unfortunately, 2014 was the first year that Riot redesigned its “champion pipeline,” or the process that dictates how champions are pitched, the design process, and then how they’re revealed and eventually released. During that time, nearly every new champion design was delayed indefinitely, and the Living Forge was no exception.

By the time 2015 came around, Riot decided that it needed to redesign the champion pipeline one more time. In this new pipeline, the design team would realize that the game needed a very specific type of champion, like a top lane bruiser, a stealthy assassin, or a monkey that does martial arts. This was great for the longevity of League of Legends, as each new champion would feel unique and fitting, but it was bad for Ornn.

This meant that in order to design Ornn, the champion team would need to decide that the game sorely needed exactly what he entailed—a vanguard tank that could start fights on his own terms. Thus, in late 2016, Ornn made his comeback, and the design team got to work.

Roughly a year later, in the later half of 2017, the Living Forge that started out as a dare was released as a real champion. Now, he’s one of the strongest, most unique tanks in the game—and it only took four years of delays to get him there.