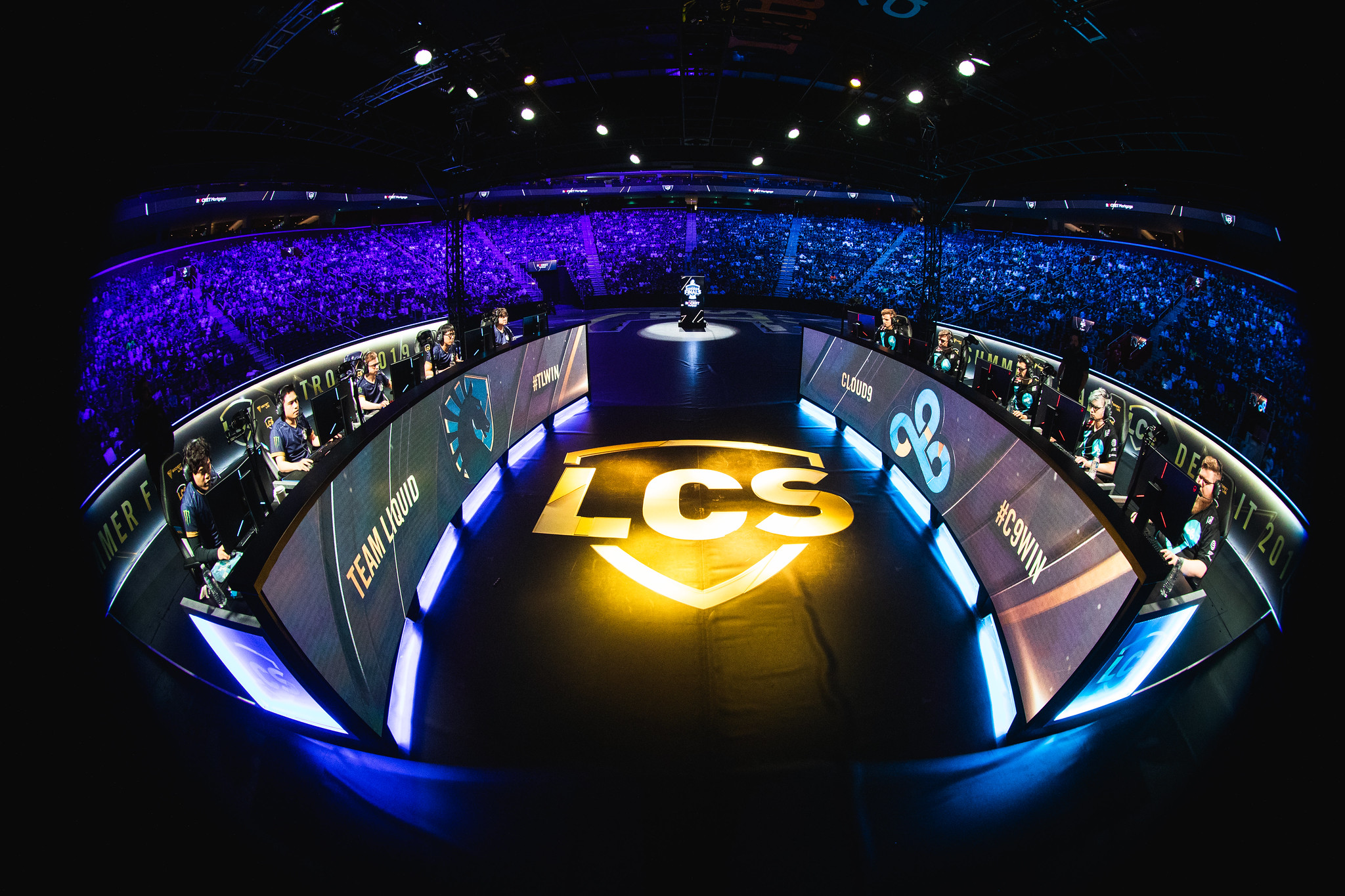 The League of Legends offseason can be one of the most exciting times of the year for many teams and fans. Some organizations are looking to open a new chapter with a rebuild, while others are trying to find the final piece to create a championship-winning roster.

After another underwhelming Worlds performance from North America in 2020, many of the league’s fans are looking for the 2021 offseason to bring new faces—and new hope—to the region. But where does this league go from here? For the second straight year, NA has failed to reach the knockout stage of Worlds. What can these teams do to inspire confidence in their fans?

It all starts with the offseason rush. The decisions made in these next couple of months will dictate NA’s success in 2021. Here are some of the biggest needs for each LCS team heading into next year.

We might want to put down 2020 as a write-off year for Immortals after the team fumbled their return to the LCS with an eighth-place finish in the spring and a last-place showing in the summer.

The roster it fielded couldn’t stand up to the rest of the league, even with veteran jungler Xmithie leading the way. Across their lineup, Immortals lacked firepower and were missing that X factor that could help carry the team.

The upcoming year represents a fresh start for an organization looking to replicate its successes of the past. Would a full revamp of the team be crazy to suggest? Not exactly. There’s plenty of talent looking for new homes from the OPL after Riot Games shut down the league. These players also don’t count toward the import limit, which gives plenty of flexibility to anyone trying to build a competitive roster.

One lineup that Immortals could make a big push for is Legacy Esports, who won back-to-back splits in the OPL this past year. They also went to Worlds 2020 and picked up wins against teams like SuperMassive Esports, INTZ, and the LEC’s MAD Lions.

Over the past three years, CLG has only made it to the playoffs once. If fans want to keep the faith, there need to be some changes.

Pobelter remaining on the roster as a consistent, veteran presence is important. The 24-year-old proved himself by keeping this team competitive in many games that looked lost and should be someone to help guide new members in 2021.

The top lane, on the other hand, might be a role that the team should focus on for a possible switch. Ruin struggled during the 2020 Summer Split, finishing with a 1.8 KDA and 21.6 percent of his team’s deaths, according to Oracle’s Elixir. His highs haven’t been worth the lows and finding a replacement should be key for any sort of CLG success next year.

In the same vein, the top lane will be important for Dignitas once free agency begins, especially with how V1per performed during the 2020 Summer Split. V1per had a lowly 2.2 KDA this past split, some of the worst early-game stats in his role, and the lowest team damage share of any top laner in the LCS, according to Oracle’s Elixir.

Dignitas and CLG could try to pick up a player like FakeGod, whose contract with 100 Thieves is expiring this month. Both teams could also attempt to pick up a talented top laner from the OPL, like Topoon from Legacy Esports or Thien from Chiefs Esports Club. Both players were two of the best performing top laners in their league throughout 2020, according to Oracle’s Elixir.

Possible moves: Either team can acquire FakeGod, Topoon, or Thien.

With a couple of moves, 100 Thieves could be a top-five team in 2021—but only if they can find the right fitting pieces. Ssumday is locked in for 100T’s top side and is still one of the strongest LCS players in his role. He has shown time and time again that he can carry a team to victory, but he might need more firepower beside him.

100T has shown its dedication to growing new, budding LCS talent. The team has a plethora of players who could blossom with some experience on the big stage if brought up, like Prismal, Soligo, and Kenvi. With some guidance from PapaSmithy and crew, we could see the birth of the next great NA star in 100T’s camp in 2021.

With Peter Dun having officially joined the team, EG now has a great mind at the helm of a team lacking a bit of direction in terms of its roster. EG has some big question marks in both the top and bottom lanes, for example, heading into 2021.

Huni is known as a coinflip player for good reason. His play is too unreliable and he experiences just as many lows as he does highs. Meanwhile, Bang has regressed tremendously from his previous season. He had 14 more deaths, 21 fewer kills, and participated in 11.8 percent fewer takedowns this summer, according to Oracle’s Elixir.

Licorice could be a player who EG goes after in free agency since he’s a well-rounded, consistent top laner who already has experience playing with Svenskeren. Picking up younger players in the ADC role could also be an option for EG since Dun has a great track record with developing rookie talent.

Golden Guardians surprised many people with their performance in the 2020 Summer Split. As a result, some pundits think they’re only a piece or two away from being a decent playoff team.

FBI and Huhi were absolute stars in the bottom lane last split, crushing their opponents early in two-vs-two situations. Another plus is that their ADC no longer counts as an import since he’s from the Oceania region. The top side, on the other hand, was a bit more inconsistent with their play. Because of this, Golden Guardians could look for possible improvements.

Damonte and Hauntzer didn’t look great in the summer, with both players sitting in the top three for deaths in their respective roles. Bringing in some fresh talent could help this team get over the hump and become a top-five team.

Possible moves: Move to pick up replacements for the top and mid lane, scout international players to use the open import slot.

With Bjergsen moving to the head coaching position, TSM will now need to find the third mid laner in the team’s history. The big question is whether the management will open up its pockets for a big-name free agent to take his place.

The big name that’s been floating around free agency rumors at the moment is Perkz, who could be the superstar to take up the mantle and responsibility that Bjergsen left behind.

The team does have a possible future with Sword, but he needs to first graduate high school, get brought up to Academy next year, and get more experience before he can even be considered as a possible starter for the team.

Possible moves: Pick up a star mid laner (like Perkz or Caps) and move Sword to Academy.

FlyQuest stunned the League community two seasons in a row by reaching the LCS finals in both the 2020 Spring and Summer Splits. They’ve proven that they have what it takes to challenge the best in NA, but they still need one more piece to push them over the edge and into a definite top-three position in the league.

Solo was one of the worst-performing top laners in the playoffs, with the lowest KDA and disappointing early-game laning stats, according to Oracle’s Elixir. As a result, Licorice should be a huge focus for FlyQuest. Having a first-team all-pro player who can execute a variety of playstyles should help their bid for a possible LCS championship, while also convincing their current players to sign on for 2021.

PowerOfEvil, for example, reportedly declined his player option and will be a free agent, while Santorin has also been given the chance to explore opportunities with other teams. They’re two of the most important players on the roster and acquiring Licorice could help convince them to return for next year.

Although Cloud9 made the decision to switch out Licorice for Fudge, this team seems to have one of the few rosters that look steady enough to remain the same heading into 2021.

We’ve seen what this collection of players can do under good leadership. If they’re able to get a good read on the meta, they could be battling for the top of NA once again. Fudge also looks like a promising talent, coming off of back-to-back LCS Academy championships and leading all Academy top laners with 71 kills and a 6.3 KDA, according to Oracle’s Elixir.

Liquid has found its future with Tactical and CoreJJ. But there are reports circulating around the possible addition of Alphari to the team’s roster. If the European veteran does join the roster, this means that Broxah will be leaving the team.

As a result, consistency and aggression will be the main focus for Liquid’s management when looking for a replacement. FlyQuest’s current jungler Santorin will be a highly sought-after free agent this season, especially after his performance throughout 2020. But Steve might just open his wallet a bit more to top off this powerhouse roster.