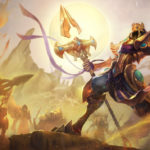 Keeping up with the metagame is a must if you’re looking to climb up the League of Legends ranked ladder. Each balance patch can shift the champion power rankings and some characters may fall behind the rest of the competition. While it’s still possible to master them and carry your team, you’ll spend far more effort trying to get to the top.

Knowing the worst-performing champions in League can be a double-edged sword. You’ll likely build a better champion pool by avoiding the underperformers, but it may also cause you to tilt when someone on your team picks them.

While Riot Games doesn’t share the win rates of champions, websites like OP.GG use the data from all of the solo queue matches played at different rank tiers to find out the average win rates of all champions. The champs with the lowest win rates don’t always stay at the bottom of the pack, however. A couple of balance patches can fix their shortcomings and they may suddenly find themselves toward the top end of the win rate charts. You’ll need to pay close attention to the meta and any upcoming changes to ensure that you’re up to date.

While the following champions have been behind the competition in terms of win rates recently, that doesn’t mean they should be avoided at all costs. Pros still find ways to implement champions like these into their lineups and players who master them may make up for their shortcomings with their experience.

Here are some of the champions with the lowest win rates on League’s current patch.

Ryze has always been one of the more challenging champions to play correctly. While playing Ryze, you’ll need to focus on dodging your enemy’s spells even more than you do with other champions. Ryze will depend on outplaying his opponent to regularly perform his combo, which makes him one of the hardest champions to play in the lower portion of the ranked ladder. The champ has a 43.98 percent win rate in Patch 12.5, according to OP.gg.

Ryze’s kit hasn’t changed much in season 12. He’s still struggling to find his place in the game, mainly because other champions play the same role more efficiently and with less effort.

It can be hard at times to use Ryze’s ultimate to its full potential, too. Overall, the reason why Ryze has one of the lowest win rates comes down to two factors: Playing him requires an immense level of focus, and the champions that outscale Ryze are relatively easier to play compared to him, making him a suboptimal choice for some players at this time.

Azir is one of the hardest champions to master in League. An Azir player playing their full potential resembles a master pianist. Movement and skills will need to be in harmony to dish out enough damage with Azir. Fights will be over before you can even contribute if you can’t position yourself correctly with the champion. Azir has a 44.98 percent win rate in Patch 12.5, according to OP.GG.

The return on time investment to master Azir has been decent throughout the last few seasons, but the champion also began to receive nerfs in season 10. Though Riot threw Azir a small bone to chew in Patch 11.2, it just wasn’t enough to bring him back into the solo queue meta.

While you can still see Azir players dismantle enemy teams and win fights by themselves, the chances of this happening have noticeably reduced. More often than not, Azir will struggle against early-game pressure from enemy junglers, causing him to never truly scale into a match.

Dominating a game with Twisted Fate is the dream of almost all mid laners. The champion’s voice acting and overall vibe make playing him a blast. But he’s been on the back foot for quite a while. Twisted Fate has a 45.18 percent win rate on Patch 12.5, according to OP.GG.

Though Twisted Fate can be active around the map thanks to his ultimate, his spells can end up being too slow while trying to burst down enemies. He takes longer to dish out damage than other mages right now, making it hard for him to stand his ground.

Lee Sin has been in League since 2011 and has heralded himself as one of the best junglers in the game. Throughout the years, professional players have perfected the champion. Lee Sin to this day remains, however, one of the hardest junglers to master, and his low win rate of 45.56 percent is proof of that.

Lee Sin’s kit hasn’t changed much since his release, and in season 12 he hasn’t been targeted with any nerfs or buffs so far. Still, he’s one of the most popular champions. (He has been picked over 230,000 times in the last month, according to OP.GG).

And it’s not an accident. While Lee Sin’s jungle clear is still one of the fastest, and his mobility provides Lee Sin’s players with quick roams and dynamic ganks, his poor scaling, damage, and unimpressive teamfight presence cement the champ as one of the worst in the game right now.

When mentioning champions that don’t have much influence in teamfights, Olaf also comes to mind. The Berserker currently has a 45.64 win rate, according to OP.GG.

Olaf’s case is very similar to Lee Sin’s. While his jungle clear and damage might be strong, he doesn’t have many tools to leave a mark in late-game skirmishes, besides acting as a human shield for his team. Olaf doesn’t possess any engage tools and has only one crowd control ability, which in the meta of mobile hypercarries makes him fairly easy to shut down.

Gragas is one of the oldest champions in the game, and he’s always found himself a place in previous metas. Whether it’s through jungling or dominating the early game, having a Gragas around meant that your team would be one step ahead in teamfights. But right now, the champ has a 46.15 percent win rate in Patch 12.5, according to OP.GG.

Gragas isn’t necessarily underpowered, but there are just far too many champions that do his job better. He quickly gets outfarmed by meta champions and he can end up being too slow during rotations.

The fact that most of his spells are skill shots makes him rely on accuracy. If you happen to miss a skillshot, it’ll just add more salt to the wound.

For many months, Aphelios has been considered to be one of the most broken AD carries in the game. And while he still may be popular in the pro play, his win ratio in solo queue is among the lowest. (He has a 46.31 percent win rate currently.)

And it’s no surprise. For a long time, Riot has struggled to balance Aphelios, tweaking him many times in the previous season. And while it might look like the team of developers has finally found the perfect recipe for him, one thing hasn’t changed—he’s not easy to master.

On Aphelios, players need to take care of a lot of different things. And this job is especially hard when playing in the bot lane during the roaming supports meta.