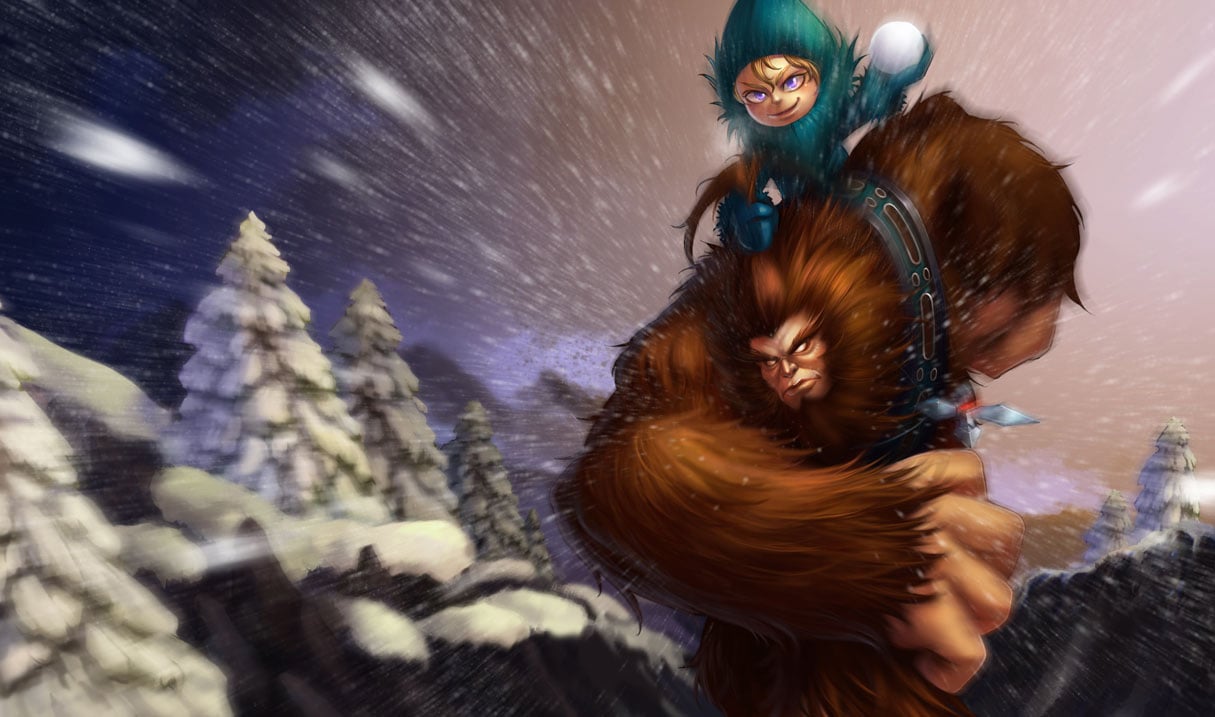 He’s a meme, known only for a “disco” build and trolling his own teammates. He was created in 2009, and he still looks like it. If Tommy Wiseau’s The Room were a champion in League of Legends, it would be him.

And he’s about to be strong as hell.

By now you must have guessed who we’re talking about. It’s Nunu, of course, and his big furry yeti. Just in case you haven’t been following the current PBE cycle, tomorrow’s Patch 8.2 is going to buff the everliving daylights out of him.

It feels strange to think of a world where Nunu is actually a good choice as a jungler, and yet, here we are. The last time Nunu was viable in the meta was when his Well Fed passive was given a new mechanic at the end of the 2016 season. Every time he killed a big monster with Consume, he gained a stack, and each stack gave him a percentage of max health. It was overturned, nerfed shortly after, and Nunu vanished once more.

Tomorrow’s buff seems like it’ll be sort of similar to that mishap. Essentially, being Well Fed through Consume will now give him on-hit magic damage scaling slightly with his max AP (five damage per 100 AP), as well as a flat amount of 3-11 damage depending on the Q’s rank.

This will obviously give him more power in ganking and clearing camps, but this isn’t the scary part of his buff in 8.2.

On top of providing the usual attack speed, his Blood Boil will now also boost his target ally’s (and his own) AP by 40 percent, capping out at 120 bonus AP at max rank.

That’s right, his W is now essentially a Rabadon’s Deathcap. Let that sink in for a second, then keep reading.

Not only will this boost Nunu’s effectiveness when working with a high-AP support or mid laner, but it also means running AP or AP bruiser Nunu will now be viable, because you get such a massive boost to your AP. To pair with the attack speed boost, we wouldn’t be surprised to see Nashor’s Tooth and Lich Bane come out of the woodwork by some of the more cavalier solo queue players, either.

This buff makes Nunu much more attractive in terms of viability, and although it probably won’t make him the most OP champion in the game, it at least seems like he’ll be on the strong side.

What a time to be alive.