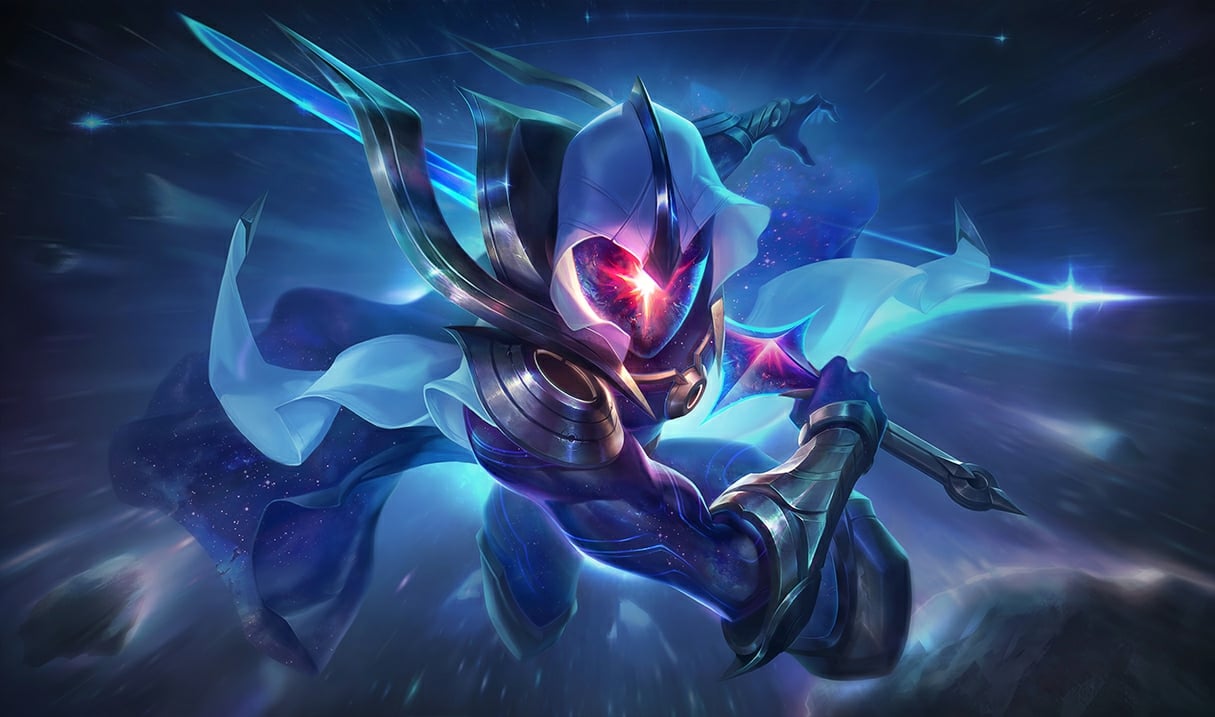 With Patch 7.8’s arrival to League of Legends today, several breathtaking new skins have been added to the game.

Cosmic skins for Master Yi and League’s newest champions, Xayah and Rakan, head the list of amazing skins that this patch has to offer. Up until now, Cosmic Reaver Kassadin was the only Cosmic skin in League, but now he has some friends out there in the cosmos.

Master Yi’s Cosmic skin is probably the coolest of the new skins this patch. When he Alpha Strikes (Q), he paints a constellation out of the locations of each of his targets. That’s not the only new ability effect he’s getting though. Each of Yi’s abilities will have new constellation-focused particle effects. The skin also gives him new sound effects and a special voice-over, as well as new character and recall animations. He’s decked out in blue and white, just like Cosmic Reaver Kassadin. This skin isn’t out quite yet, but it will cost 1350 RP.

Rakan’s release skin somehow manages to make him even more fabulous than he is already. Cosmic Dawn Rakan will have new particle and ability effects as well, with a new recall animation, character model, and sound effects. This skin dresses Rakan up to resemble a sunrise with bright oranges and reds. The skin came out alongside Rakan and Xayah’s release, and it costs 1350 RP.

Xayah’s Cosmic skin is the counterpart to Rakan’s. Where his is the sunrise, hers is dark and embodies twilight. She is dressed in purples and blues, and her sound effects have a haunting quality to them. She also gets new particle and ability effects, as well as a special recall animation. Xayah’s skin also went live today with her release, and it costs 1350 RP.

Where Karma’s new skin has all the same trimmings as the Cosmic skins, like new ability and sound effects, particles, and a recall animation, there is something special about this one. A portion of the proceeds from the sales of this skin go to the prize pool for the 2017 Mid-Season Invitational (MSI). Aside from being totally badass, buying this skin also directly supports the competitive scene of League. The skin won’t be out until closer to MSI, but it will cost 975 RP.