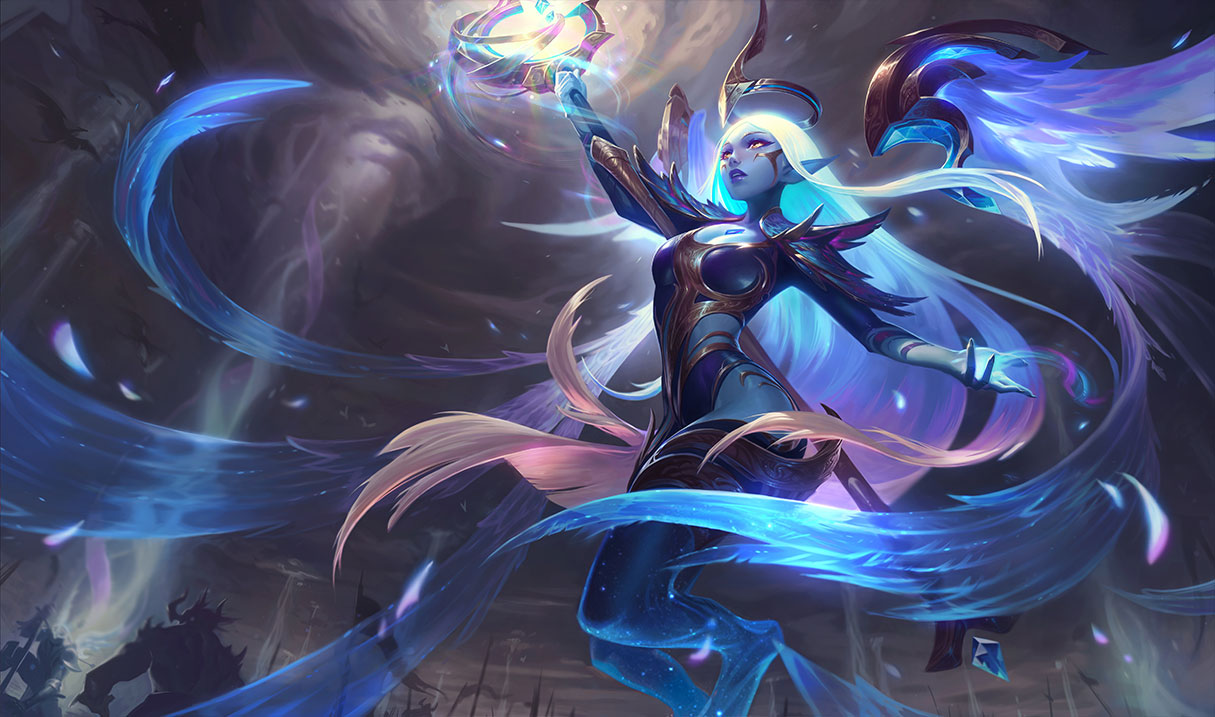 Most top laners in high elo League of Legends don’t expect to stroll into lane and get hit in the face with a banana. After all, top lane is supposed to be the dominion of the tentacle-wielding priestess and a big dude with an ax that can make you bleed.

But over the last few patches, players have discovered that Soraka is a secretly OP top lane pick. She’s even being picked with success in professional games. Riot is planning on handing her a big nerf at some point, but that won’t happen in Patch 10.3. So if you’re a fan of free LP while slinging bananas, eat your heart out.

To find out just how good of a pick she is, we turned to the data scientists at Mobalytics and their tier list for high elo play. For more insights from their experts, check out the Mobalytics League tier list. Mobalytics also provides builds and counters for all League champions.

Soraka is still a strong, unconventional beast in the top lane, at least until her nerfs come out. She does have some hard counters if picked blind, but in the right matchups, she can just wave clear until level six and then influence the entire map with her ultimate.

Ornn is likewise in a strong place due to the advantages he gives his team in fights and the scaling he provides with his passive items. He’s getting banned a lot in pro play despite a lackluster win rate.

The other top laners at the top of the list are more traditional lane-dominant types like Camille, Riven, and Fiora. Sett’s taking a hit in the new patch but should still be viable in the A tier. And pro teams still love Gangplank, Aatrox, Mordekaiser, and Rumble.

The biggest changes to the jungle this patch come in the form of early-game experience. Riot is trying to make the role more rewarding and impactful, and the result is that early-game junglers like Elise, Lee Sin, Olaf, Rengar, and Rek’Sai are still pretty good.

But we also think that popular teamfight junglers like Jarvan IV and the newly-buffed Sejuani will make it into pro play. Sejuani is such a safe champion pick at the highest level that even minor buffs will cause pros to try her out.

Finally, Karthus is a good pick that teams can’t really figure out. He’s strong but requires a team to play a specific style and that’s led to teams basically ignoring him on stage. But if you’re looking for a jungler that can rule the late game in high elo solo queue, look no further.

Mid lane is probably the role that changes the most because of big nerfs to Akali, who’s been absolutely busted since her rework a year ago. Everyone loves to see a talented Akali player, but it’s just not fair that she gets a million dashes, invisibility, and can still assassinate squishies on a whim.

Akali’s nerfs should benefit mages and even before this patch, we were seeing some, like Cassiopeia, Zoe, and Syndra, come back. They should be fine picks in 10.3 at all levels.

But the champion that we have our eyes on in pro play is LeBlanc. With Akali dropping down, she now fills the role of a girl with nearly infinite mobility. LeBlanc was already a dominant champion and she, along with Qiyana, could define the Path 10.3 meta.

Not much is changing in the bot lane. Miss Fortune, Senna, and Aphelios are still really strong for some wildly different reasons. The changes to Senna and MF are unlikely to really hurt what they’re good at.

Ezreal is getting a buff that could see him vault back into contention, but he’s a champion that’s pretty hard to execute on both individually and for a team.

Sona and Leona are getting nerfed a bit in an otherwise light patch. The biggest difference between high elo and pro play continues to be the strength of enchanters in solo queue and the reliance on engage champions in competitive.

Then again, we don’t exactly want to see more Nami, Janna, and Morgana on stage, so this mix is in a good spot right now.