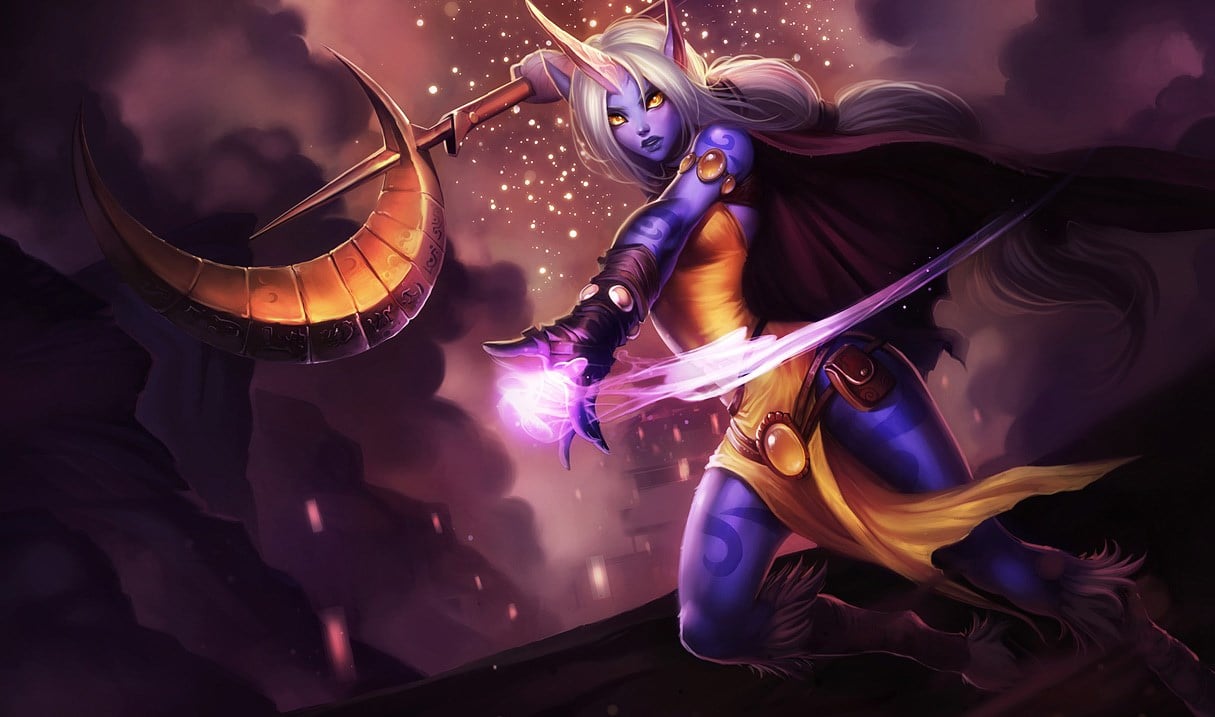 Soraka has always been an impactful League of Legends support champion. But recently, pros have been using her in the top role with great success.

Players like Jung “Impact” Eon-yeong, Gabriël “Bwipo” Rau, and Choi “Sword” Sung-won have been seen playing Soraka to varying results. But why is this happening now?

As pointed out by content creator Shakarez, the current top Soraka’s strategy is to survive the laning phase without feeding too many kills to her opposing laner. Her kit allows her to do just that because her Q ability’s self-healing and movement speed were buffed in the previous patch.

If Soraka can go even during the early game, she can now affect the rest of the map with her ultimate ability, Wish. Since she’s been soaking up gold and experience by herself, she’ll also be able to hit her big utility item spikes earlier than if she was in the support position.

Many popular AD carries—like Park “Viper” Do-hyeon, Jesper “Zven” Svenningsen, and Park “Ruler” Jae-hyuk—have been playing her in the bottom lane as well, but the same concept remains. Supports help her gather farm and experience safely so that she hits her item spikes faster.

Although this strategy has found merit in solo queue, it could probably only be picked in specific situations. Additionally, players have been picking champions like Mordekaiser and Aatrox in pro play—two champs who could absolutely rip apart a Soraka through the early stages of the game.