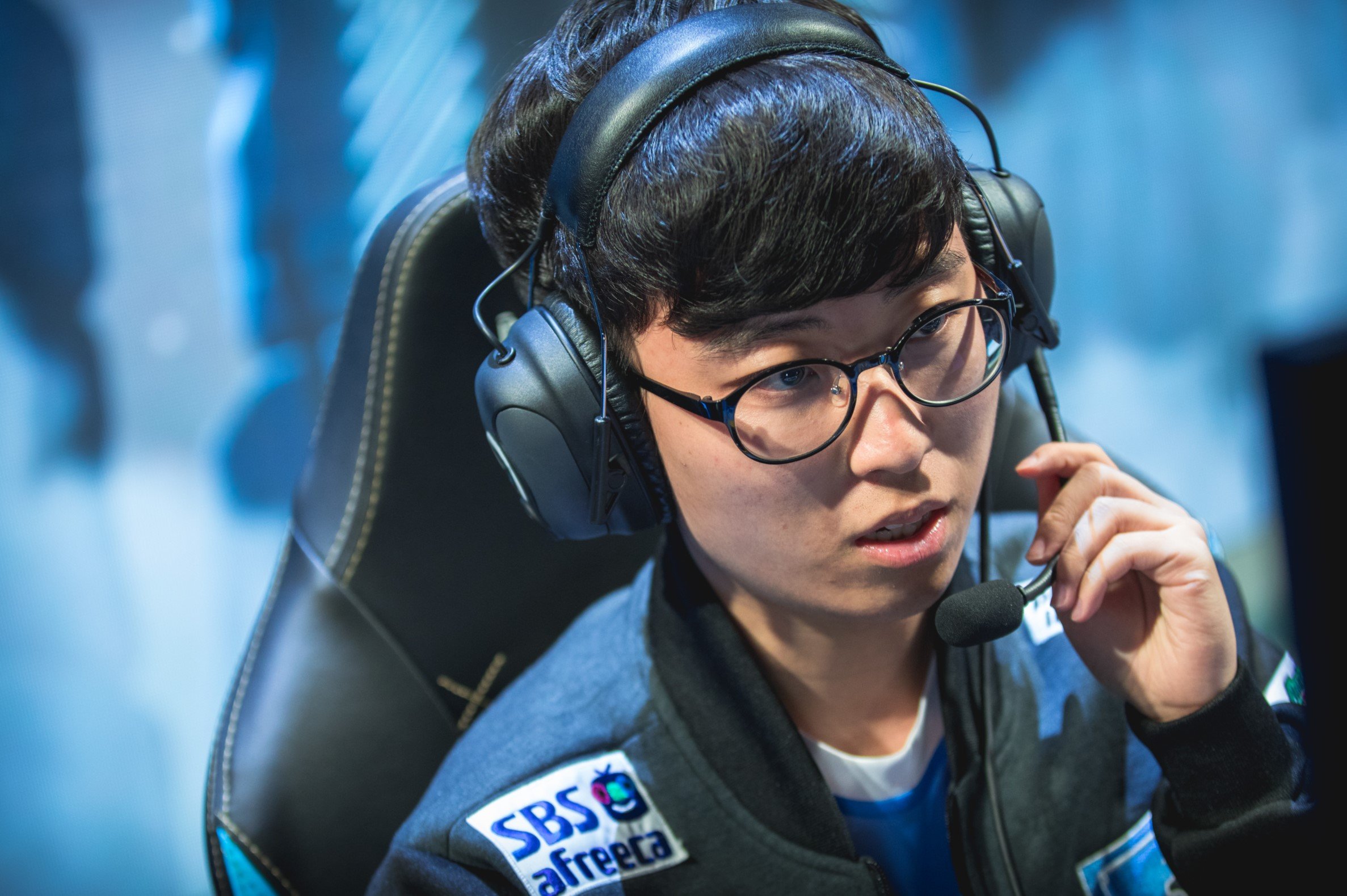 Four weeks have passed for the LCK in 2021 and as the Spring Split prepares to reach the halfway point, the league is set to take a 10-day break to observe the Lunar New Year.

But even with a break on the horizon, momentum is building in Korea and clear dynamics are being set across the LCK. As of right now, the race for the Spring Split title is largely being dominated by one team while the rest of the region is doing its best attempt at playing catch-up. Four weeks in, the tiers of the league are well-established and it’s becoming a lot clearer which teams are genuinely in contention for a playoff spot.

This week’s LCK power rankings marked the least amount of movement across the league, with only three teams in the bottom half of the leaderboard making any sort of move during the last week of play. With that being said, here are our power rankings for the 2021 LCK Spring Split after four weeks of play.

The fact of the matter is that the rest of the LCK is simply moving too fast for Nongshim, BRION, and Sandbox. Take Nongshim’s most recent match against Gen.G as an example. Across the two games, Nongshim picked up 11 kills to Gen.G’s 47. For the 18 towers that Gen.G took in the series, Nongshim managed to topple over two.

The difference between the strong and weak teams in the LCK is becoming more and more pronounced every week. This isn’t the worst thing in the world if you like your leagues to have a sense of clarity. But still, these three teams in the bottom tier of the LCK look like they could use a heavy set of tune-ups during the league’s break. Perhaps a full 10 days of rest can serve as enough of a break in the action for the LCK’s bottom tier to get its act together before the second half of the Spring Split kicks off.

It’s easy to look at these teams and wonder how deeply entrenched they’d be in the playoff conversation if they were to come out swinging next week. But with the way these teams have been playing, it’s looking fairly certain that they won’t be landing any punches.

While each of these teams have found stray upset wins across the last four weeks—most recently with Sandbox’s victory over Hanwha Life—there hasn’t been enough lasting consistency to get these squads out of the cellar. Consistent 2-0 weeks are hard to come by in a league that’s as stacked as the LCK and these teams need a good amount of 2-0 weeks if they’re going to start making waves this split.

For these three teams, inconsistency is the only reliable factor that’s been propelling them into the playoff conversation. Over the past two weeks alone, KT have beaten teams like Afreeca and DRX while turning around and losing to BRION and Nongshim. Even Afreeca, who were at the bottom of the LCK barrel just a few weeks ago, are embracing volatility and quickly climbing up the rankings.

T1 had their first 2-0 week of the season and found themselves back at the 0.500 mark. That’s good news, right? Still, the team has a long way to go before they can get back in the conversation for a title, especially considering that every time they’ve been faced a title contender like DWG or Gen.G, they’ve come out on the losing end.

Unpredictability and varying results have been driving concepts that have taken these three teams to the brink throughout the Spring Split’s first half. But if they’re going to make a late-split push toward the finish line, more impressive results—like T1’s recent 2-0 performance this past week—are going to need to come on a much more consistent basis.

With DWG KIA looking so strong as of late, this tier of teams feels more like a running of squads all competing for a shot at second place. Still, there’s always a chance that the gap at the top of the league is closed some time on the horizon. But for now, there’s a clear frontrunner at the top of the LCK and the rest of the Korean scene is playing catch-up.

Over the course of the league’s 10-day break, the high-priority goal for DRX, Hanwha Life, and Gen.G should be devising a plan to knock off DWG from the top of the LCK. All three of them have lost to the reigning world champs at least once thus far in 2021, and most recently, all three went 1-1 this past week while DWG pulled away even further from the pack.

While Gen.G, Hanwha Life, and DRX all fight among themselves, DWG are making headway at a rapid pace. Breaking the league’s ceiling has proven to be a difficult task this split, but if each of these teams is able to chip away at DWG’s lead throughout the remainder of the split, the race for the LCK title could get tighter.

Among these squads, Hanwha Life will have the first chance at cutting into DWG’s lead over the LCK on Feb. 20.

Since DWG KIA took a quick stumble against Fredit BRION on Jan. 21, the team has looked absolutely unstoppable. A five-match winning streak has propelled DWG to the top of the LCK. And with players like ShowMaker, Canyon, and Ghost all in contention for the LCK MVP race, DWG are in a prime position to continue their run of dominance.

As the halfway mark of the Spring Split quickly approaches, the landscape of the league is showing that DWG might be in a position to clinch a playoff spot—or perhaps even the first seed in the league—sometime in the near future. Thus far in 2021, DWG are in a league of their own at the top of the LCK. They’ve beaten every contender breathing down their neck at least once in the last few weeks, so it’s hard to make any one-to-one comparisons between DRX and their competitors at this stage in the split. If anything, the question at hand shifts to “what exactly is this DWG roster’s ceiling?”

Of course, the only surefire way to know if this team can hold a candle to last year’s run of greatness is if this year’s squad captures another Summoner’s Cup. There’s still a long time to go until we can actually start pinning down the 2021 DWG squad as “better” than last year’s World Championship-winning team, but if they keep playing at this rate, there’s no reason why comparisons shouldn’t be drawn.