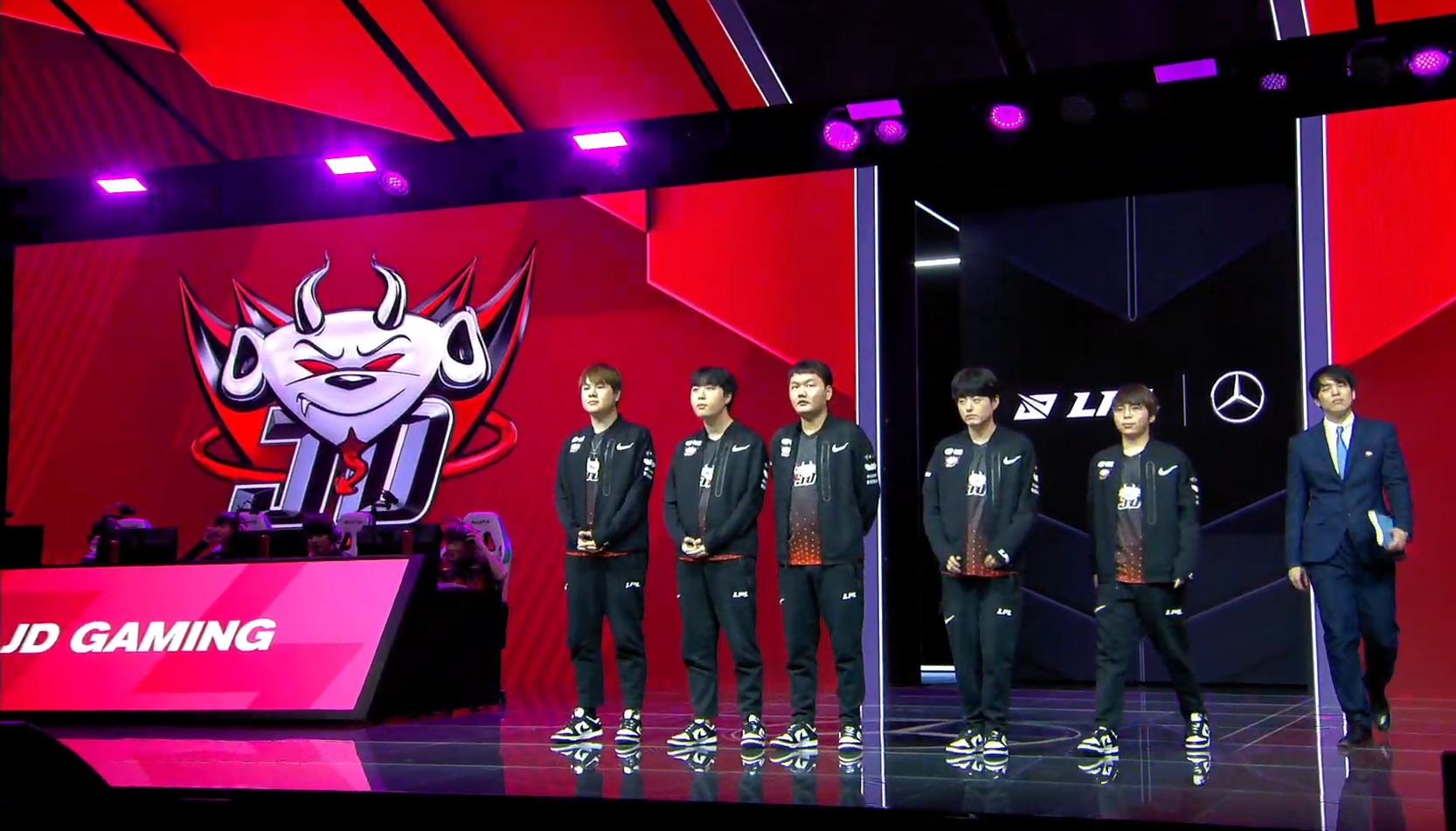 JD Gaming capped off their 2021 LPL Spring Split regular season with a 2-0 win over OMG today, propelling them into second place for now with a 12-4 record. This victory also locked in their spot in at least the Spring Split playoff quarterfinals.

After a shaky start to the 2021 League of Legends competitive season, JDG have been much more dominant since the holiday break. They extended their win streak to six series today and haven’t dropped a game since their loss to FunPlus Phoenix on March 1.

JDG, the team that hoisted the LPL trophy in the 2020 Spring Split playoffs, have seemingly found their recipe for success with early compositions and a proactive playstyle. They’ve gone from a potential low seed in the playoffs to a serious contender alongside the other top teams in the league.

Coming into today’s series, both JDG and OMG showed proactivity with early dominance and aggressive fights around neutral objectives. JDG got the upper hand in most of these situations, though.

After losing the first game in a disappointing fashion, OMG tried to turn things around in the second game by going for an early invade into JDG’s jungle led by Cold’s Leona. But he ended by giving first blood to JDG mid laner Yagao on Zoe.

From there, JDG once again showed their potential in turning gold leads into heavy snowballing. In the same fashion as the first game, they roamed all around the map after pushing lanes and performed successful ganks with the help of their jungler, Kanavi.

Zoom picked the second top lane Nocturne of the 2021 LPL Spring Split after choosing him in their series against LNG one week ago. And once again, it proved to be successful with early kills and dominance of the Rift after he reached level six.

Kanavi unleashed his aggressive playstyle by invading the enemy’s jungle with the help of his allies and took every neutral objective on the Rift to put OMG jungler Aki behind.

Aki is generally the player OMG revolve around and try to enable him to carry, but he was shut down both times today by Kanavi. Even when they were behind, OMG tried to regain control of the games, but JDG ended up winning most of the teamfights and secured two fast victories.

OMG most likely are out of playoff contention, but they still have one more series to play before the end of Spring Split. They’ll face off against TT next Saturday, March 27 at 3am CT.