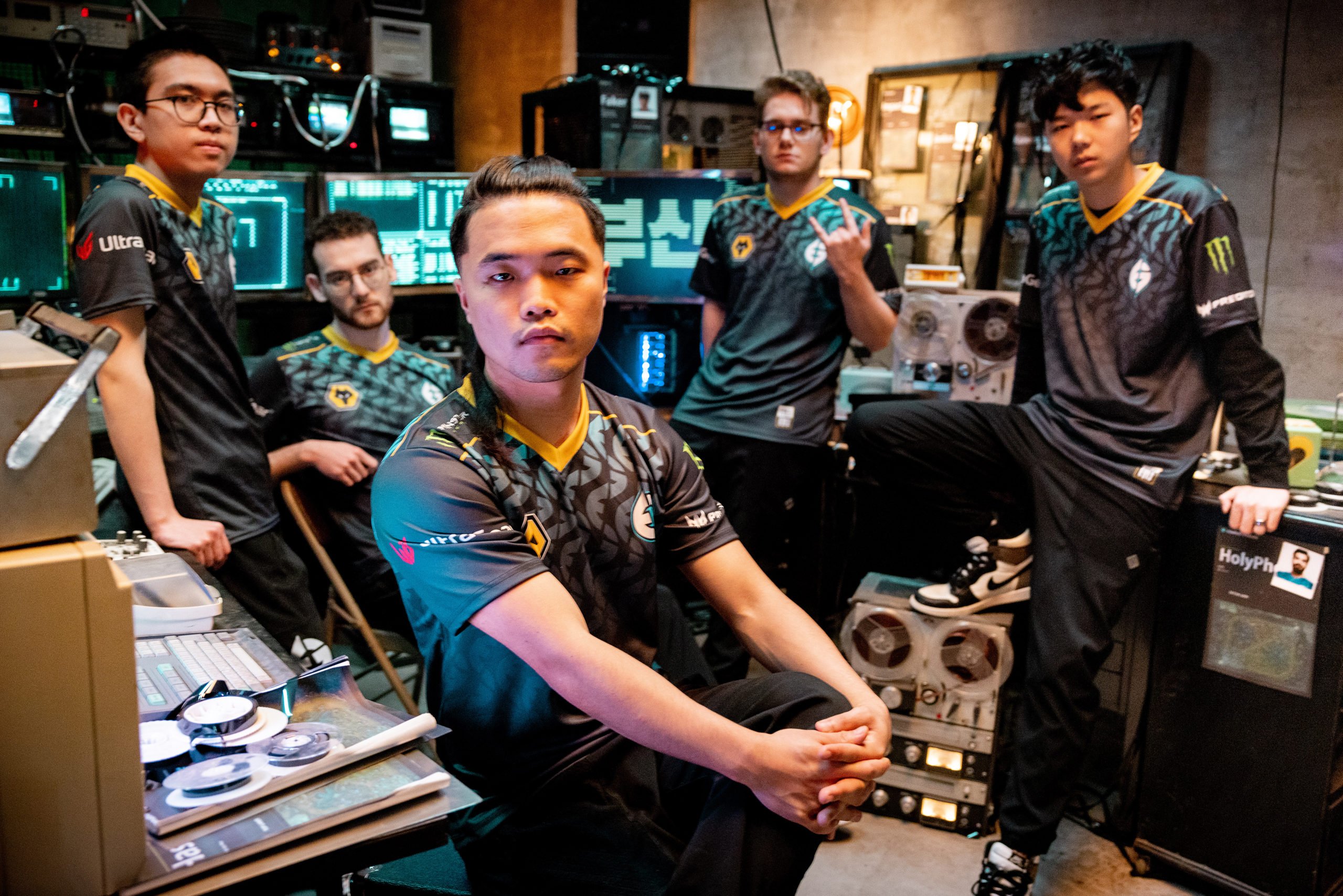 Evil Geniuses are headed to the LCS Championship in sole possession of an uncontested first place, far and away from the other nine teams that trail them in the standings.

With Inspired at the helm, EG had little to no difficulties running through a strong draft from Cloud9, bringing the reigning LCS champions one step closer to another championship reign.

While Zeri was removed from play in the early stages of the draft phase, Yuumi was left open for C9 to grab. This allowed them to bring back a powerful combination that had been present for several weeks, Twitch and Yuumi, and placed it into the hands of Berserker and Zven, becoming a major threat the second they stepped into lane.

This immense pressure from the C9 bot lane in the early game was complemented by a hard focus from Blaber on the bot-side river. Fortunately for EG, this allowed them to secure first blood top side, quickly racking up kills to even what had become a solid gold lead through the C9 bot lane.

A coordinated mid-game teamfight allowed EG to take full advantage of C9’s lack of vision across the map. One Flash plus Charm combination from Jojopyun onto an unsuspecting Jensen placed another kill in the young mid laner’s arsenal. It turned him into a large mobile threat capable of easily chipping away at even C9’s tanks.

Though C9 appeared to have caught Impact in EG’s bot side jungle to initiate a team fight, Inspired dashed across the wall as Vi and jumped directly into Berserker. This immediately removed C9’s ADC from the fight and allowed the remainder of EG to pick up the scraps. It also made it clear to C9 that this would be the strategy that would win EG the game if it happened again.

A game-changing team fight at C9’s inhibitor had the potential to turn the game around, if not for a one-versus-three outplay from Inspired that sent three full-health members of C9 back to base. At 44 minutes, a takedown on Fudge afforded EG an uncontested Baron and easy access to C9’s already-battered base, coming down to Impact to destroy the Nexus and secure the victory against a freshly-respawned enemy team.

Inspired ended this match as the player of the game, scoring a 10/1/8 KDA as Vi, the first time that he has played the champion this split. Just when C9 could bring themselves back into the game, expert control of Vi allowed Inspired to maintain EG’s lead and propel them to victory—a play that continued the conversation regarding a possible MVP of the split award for the jungler.

This dominant victory ensures that EG will end the 2022 LCS Summer Split in first place. They now look towards the LCS Championship, where they have the potential to win a back-to-back title for themselves in the best year for the organization in professional League of Legends.