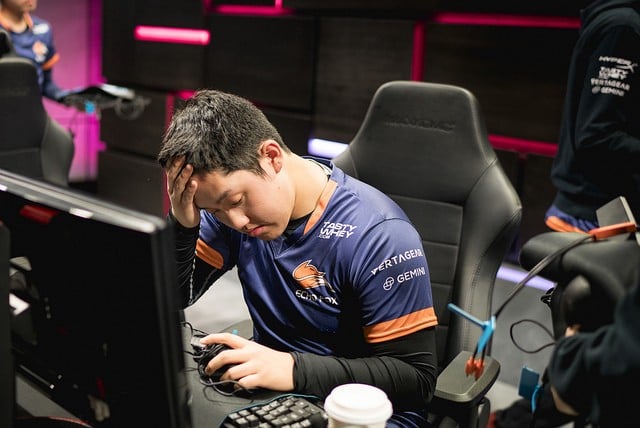 Fan favorites Echo Fox appear to have had their League of Legends roster leaked after one of the players accidentally streamed what was thought to be a private conversation.

Founded in 2015 by former LA Lakers player Rick Fox, Echo Fox quickly established itself in the North American LCS thanks to big-name acquisitions like Henrik “Froggen” Hansen and Yuri “KEITH” Jew. The only thing missing for Echo Fox, however, has been convincing results, as the team finished both the 2016 Spring and Summer Split towards the bottom of the standings and even had to fight through the relegation tournament to remain in the LCS at the end of the Summer Split.

In the current League off-season, it appears that the organization has been hard at work securing new talent for its roster. On Nov. 26 after KEITH, not realizing he hadn’t muted his microphone while streaming, accidentally broadcasted a conversation between himself and Immortals mid laner Eugene “Pobelter” Park.

The two discussed what Echo Fox is going to look like in 2017, mentioning names like former world champion top laner Jang “Looper” Hyeong-seok, jungler Lucas “Santorin” Tao Kilmer Larsen, and finally Pobelter himself potentially transitioning to the support role. That leaves only Keith and Froggen as the team’s sole remaining original members should this roster be accurate.

This information was made public by a stream-viewer who happened to catch the conversation between the two pros, and subsequently posted a video of the entire ordeal to YouTube. The owner of the YouTube account claimed that they offered to not upload the video if they were rewarded monetarily—effectively an attempt to blackmail the 19-year-old KEITH. The 20-minute long segment from KEITH’s stream has so far garnered over 61,000 views.

Echo Fox did not respond to a request for comment by publication time, and has yet to confirm that the leaked roster is accurate.