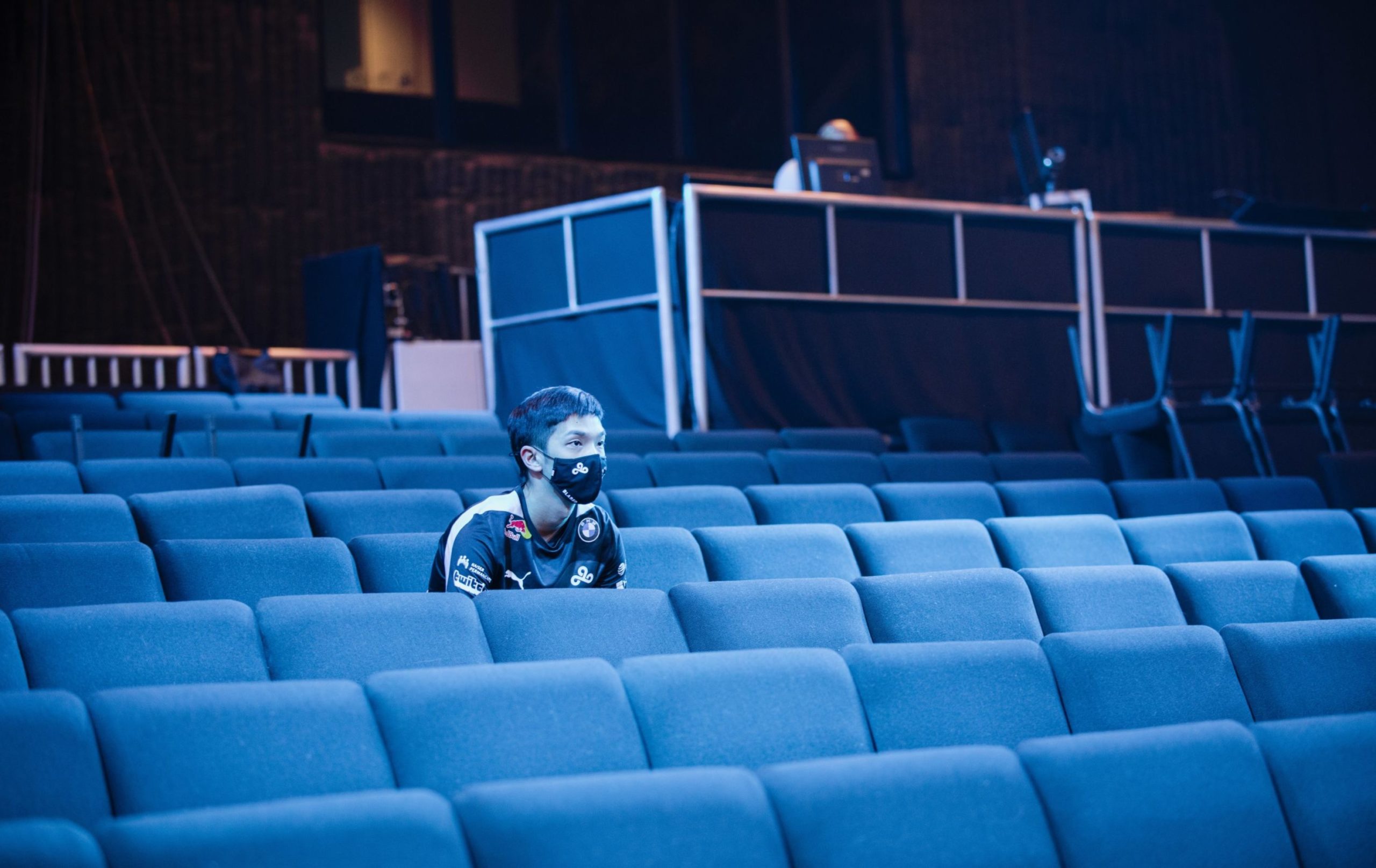 In the span of just four months, Cloud9 went from one of the top League of Legends teams in the world to one of the international scene’s shakiest. After winning the North American Spring Split title in convincing fashion in May, the team was a shoe-in to be a top-four team at the Mid-Season Invitational.

Since that point, though, Cloud9 have fallen off a proverbial cliff.

Of course, they didn’t fall as hard this year as they did in 2020 when they went from winning the LCS in the spring to missing Worlds altogether later that year. They’re still headed to this year’s World Championship as North America’s third seed, but their recent struggles have slated them to play through the notoriously grueling play-in stage before they can rejoin their North American peers at the tournament’s main event.

But with all that said—even with the fact that Cloud9 are staunchly North America’s third-best team (and roughly the 15th-best team at Worlds) in mind—we’ve seen that when they play at their best, Cloud9 can easily be just as good as any other team from the West.

Back in the mix

For the first time since 2019, a Cloud9 roster is attending the League of Legends World Championship. A lot has happened since Cloud9’s last appearance at Worlds, and the team is bringing a vastly different roster into this tournament from any iteration they’ve presented in years prior. Only Blaber, the team’s one-time MVP jungler, was a part of Cloud9 in 2019 (albeit as a substitute), while the other four members of the squad have made their way onto the lineup sometime in the last two years.

During these last two years, though, Cloud9 won two LCS championships—more than the org had in the previous five seasons combined. The first of those two championships came last spring, but Cloud9 had little to show for it since no international tournaments were held after the Spring Split in light of the COVID-19 pandemic. It took Cloud9 a full year to showcase their international prowess; the team didn’t get back to the international stage until May of this year at MSI.

At that tournament, Cloud9 failed to advance to the field’s top four, leaving much to be desired from a team packed with superstars and experienced veterans. That event’s outcome is leaving us a bit bearish on Cloud9 heading into Worlds, but it’s not entirely out of the realm of possibility for the team to advance deep into the tournament considering the organization’s past pedigree and the starting lineup’s caliber of talent.

Look to the laners

Among the five immensely talented and well-accomplished players on Cloud9’s new-look roster, the team will most likely depend on its top-side combination for success, just as they did at the Mid-Season Invitational. Solo laners Fudge and Perkz stood out as Cloud9’s strongest links earlier in the year and received a majority of the jungle attention from Blaber throughout the course of MSI, as well as the Summer Split.

In the small sample size that is the 2021 season, Fudge outright dominated the international stage at MSI, single-handedly keeping Cloud9’s hopes alive in an otherwise dismal setting. The team turned their attention to a top-side strategy in mid-May, and the young top laner made the most of the opportunity. Fudge earned 59 kills throughout MSI, according to League stats site Oracle’s Elixir—more than several other top laners to play more games than him at the tournament including MAD Lions’ Armut and PSG Talon’s Hanabi.

Beyond the team’s budding top laner, though, it’s important to remember Cloud9 has one of the greatest mid laners of all time manning the other solo lane. Perkz is a factor that’s simply too large to be forgotten, and his experience at the World Championship cannot be understated. The former G2 staple has a three-tournament streak going, as he’s reached the semifinals at Worlds every year since 2018. With a player as proven as Perkz is on the roster, it’s hard to imagine Cloud9 getting outclassed by first-timers.

Playing at both ends of the spectrum

It’s quite possible that with all of Cloud9’s factors—both tangible and superficial—in mind, the team has one of the highest ceilings and lowest floors among all teams at Worlds. On a good day, Cloud9 are a quarterfinals-bound team. At their worst, they could only make it out of play-ins to drown in the group stage.

If Cloud9 does make it out of play-ins, they’ll most likely fall into the extremely unfavorable Group A alongside DWG KIA, FunPlus Phoenix, and Rogue due to regional restrictions. North American teams already occupy space in Groups B and D, so it’s either A or C for Cloud9. Of course, there’s a slim chance they’re placed into the far-softer Group C with PSG Talon, Fnatic, and Royal Never Give Up. But Cloud9 would have to prevent the heavily favorited Hanwha Life Esports from advancing past play-ins to take their penciled-in place in that group, considering there are already three other LCK representatives present in the group stage.

Cloud9’s weaknesses as of late have forced the majority of League fans and analysts to view them as one of the weaker on-paper teams at Worlds, but with so much proven talent at all five positions, the potential the team holds is immense. We’ve seen, as recently as this season, that when Cloud9 build momentum, they tend to hold onto it. This year alone, the team went on six separate winning streaks of three games or more—the most among all teams in the LCS.

All things considered, it could be a blessing Cloud9 are participating in the play-in stage, considering the team could use as much on-stage practice as possible before the tournament really kicks off. NA’s third seed were bounced from the LCS playoffs in one-sided fashion, looking the weakest they have all season against 100 Thieves in their most-recently played series. Still, Cloud9 AD carry Zven laughed off his team’s loss, blaming Cloud9’s poor performance on a different set of chairs on the LCS stage in a post-match press conference. Now, the team can only hope for a few one-sided laughers of their own heading into a tournament where they’ll need all the help they can get.

Even though Cloud9 are strong favorites to advance past the play-in stage, there’s reason for concern surrounding the team once they make it to the group stage. Major contenders from Korea, China, Europe, and even their leaguemates from North America outweigh Cloud9 on paper. Despite coming into the season with their safest, most proven roster ever, Cloud9 are facing their biggest uphill battle at Worlds 2021.

Their only hope? That their collective prior experience and other intangibles far outweigh the performance they’ve shown on stage thus far.