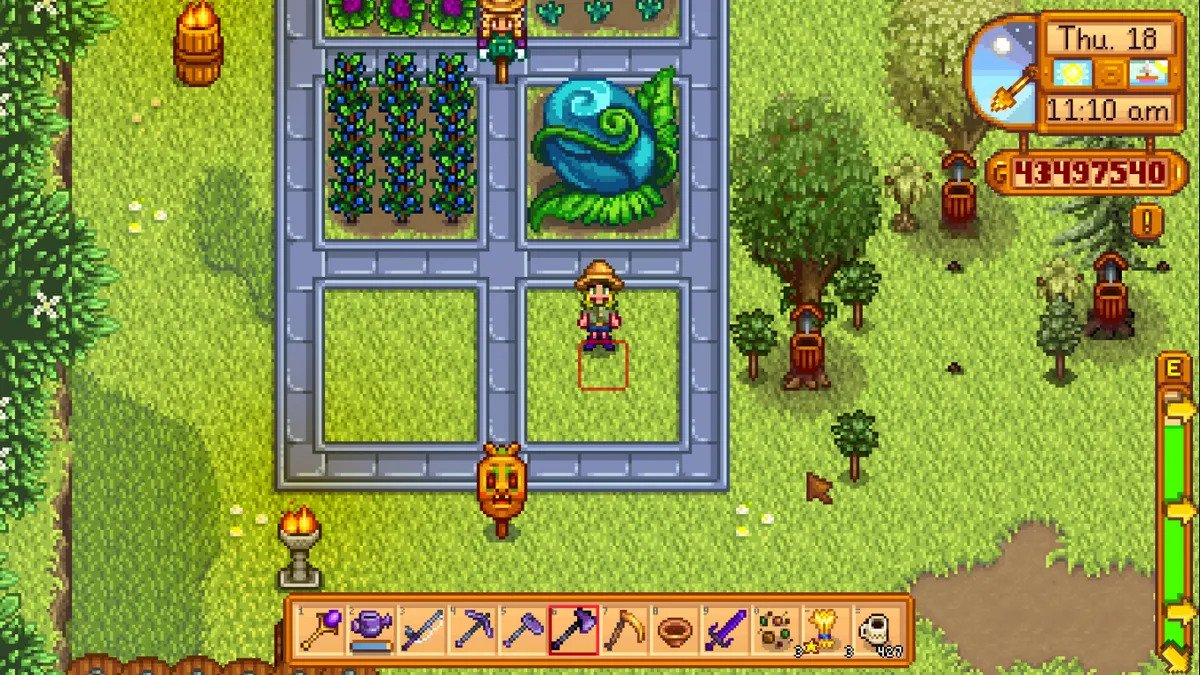 Stardew Valley is a life simulation, isometric role-playing game developed by Eric “ConcernedApe” Barone. In this game, players go to a place named Stardew Valley where they inherit their late grandfather’s farm. Leaving their life behind, the player heads over to the farm only to find it in complete shambles. Players must now work to develop the farm and bring it back to its former glory, either in single-player or multiplayer with up to three friends.

To develop the farm, players need to fix existing structures and build new ones. These will ensure a thriving economy for the player in order to keep expanding the farm. One of the crops that helps expand the farm is the Ancient Fruit, which is one of the rarer items to obtain.

The Ancient Fruit is a special fruit crop that grows from Ancient Seeds. The crop fully ripens after 28 days. After the initial ripening, the mature Ancient Fruit crop yields an additional Ancient Fruit every seven days. While Ancient fruits are not used in any quests or recipes, they can be used in the spool of the Sewing Machine to create the dyeable Genie Pants. These serve as a blue dye at the dye pots, located in Emily’s and Haley’s house.

How to obtain Ancient Fruit

The second method involves a lot of luck. The seed maker produces different seeds depending on the type of crop put in. 99.5 percent of the time, players will receive the seeds of the crop placed, but in the extremely rare 0.5 percent event, players have a chance to receive between one and three Ancient Fruit seeds.

Finally, after donating the Ancient Seed artifact to the Museum, Gunther will reward players with a pack of Ancient Seeds, as well as the recipe. The artifact can be found in any of the following locations:

While any of these methods yield a very low chance of spawning Ancient Seeds, the reward is worth it for one of the rarest items in the game.