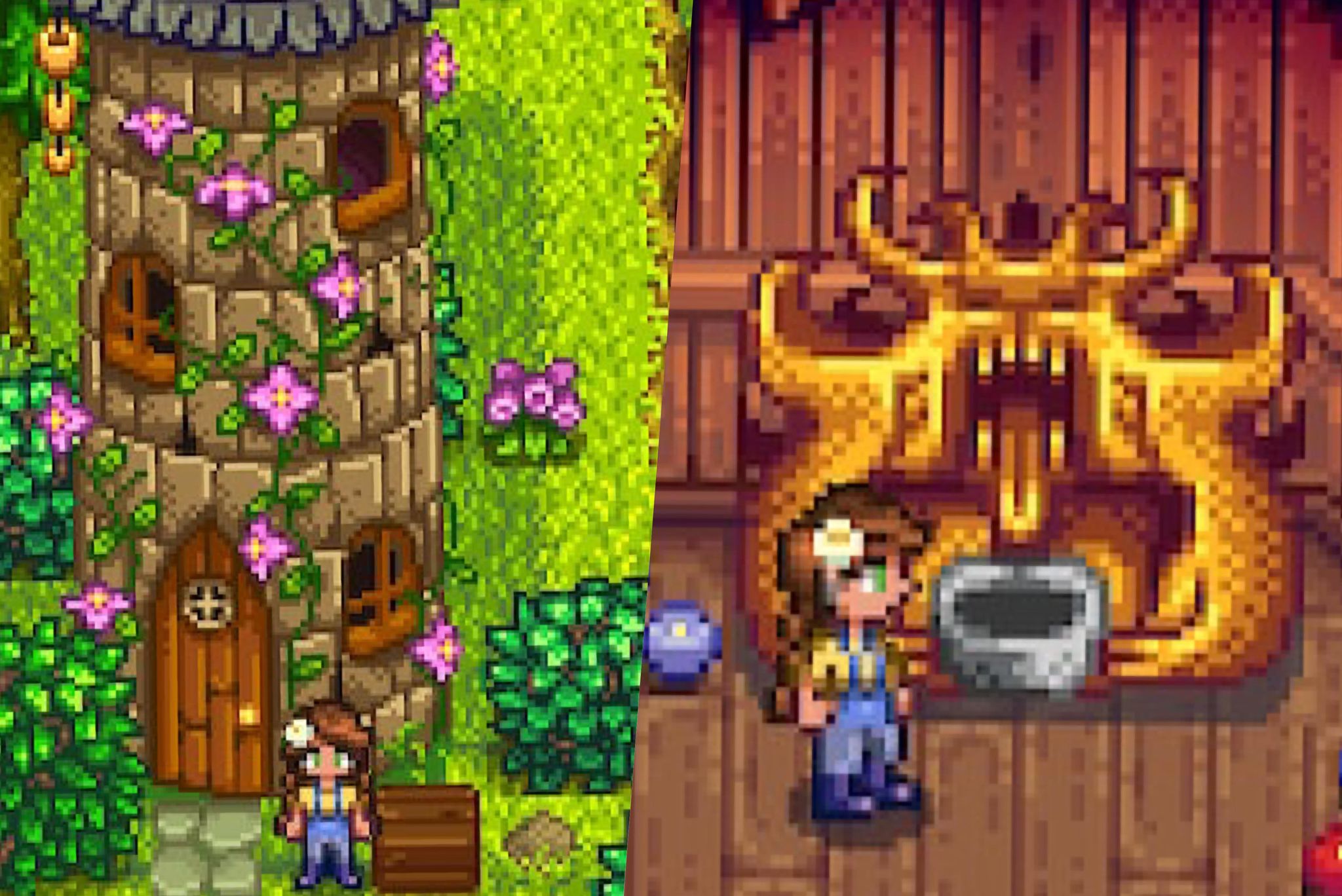 Upon beginning a game of Stardew Valley, players will find that they have many customization options to choose from when creating their character. Choosing which features to pick can be daunting as players just starting out may think they are stuck with what they choose.

Players hoping to change up their appearance will first need to reach four hearts with the Wizard. This means that players will need to regularly talk to and give the Wizard gifts to level up their friendship with the character. Once the Wizard tells players that they are allowed into the basement of the Wizard’s Tower, they have unlocked the ability to change their appearance. They can proceed to the back left corner of the Wizard’s Tower through a door to the basement.

Once in the basement, players should head to the right side of the room and approach a golden shrine called the Shrine of Illusions. Players will then need to spend 500g to change their appearance. At the Shrine of Illusions, players can change their skin color, hair, hair color, eye color, accessory, gender, name, favorite thing, and switch between a cat or dog as the pet on their farm.

After players have unlocked the Shrine, they can visit it inside the Wizard’s Tower however often they want. However, players will still need to spend 500g every time they want to change their appearance.

Players seeking to change their look further can also create new clothes. To create new clothes, players will first need to acquire one Cloth. After they have done so, Emily will appear at their house the following day to invite them to use the sewing machine at her house.

After unlocking the sewing machine at Emily’s, players can take Cloth and one other item to create various items of clothing. Each new combination of Cloth and a different item will yield unique clothing results.

Players can create a variety of hats, shirts, pants, skirts, and shorts by using the sewing machine. They can also dye their creations at Emily’s to fully choose the color of each article of clothing.