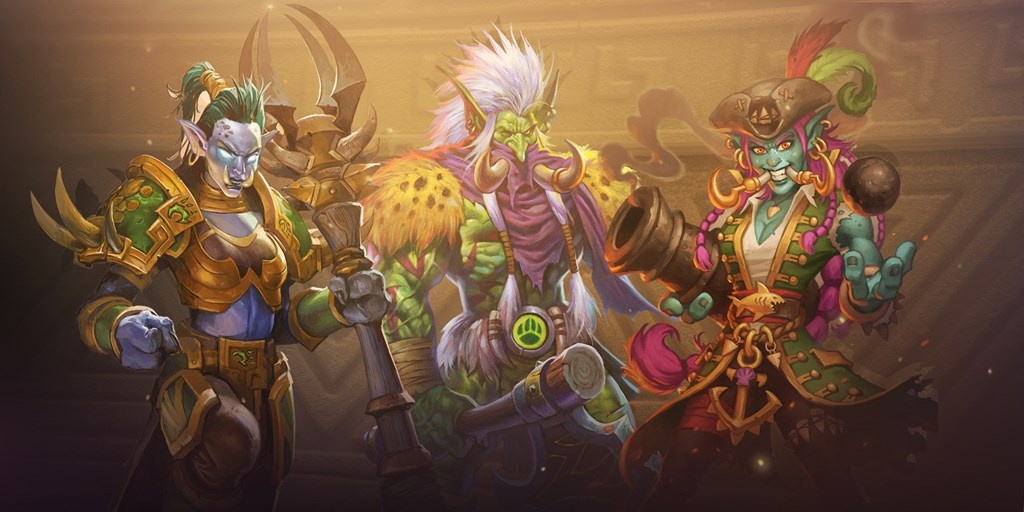 Much of the anticipation for these single player game modes is about the reward you earn by completing the entire thing. Much like the Arthas hero portrait from Knights of the Frozen Throne, the end reward of a solo adventure acts as a status symbol within the Hearthstone community.

The Rumble Run completion award comes in the form of a new card back called the Rumble Runner. If you want to make your friends jealous, you’ll probably want to get your card back as soon as possible.

Here is everything there is to know to get you started on your quest for card back greatness.

If you’re familiar with the Monster Hunt or Dungeon Run solo player modes of Hearthstone, then Rumble Run won’t feel too foreign. Similar to these previous solo iterations, you’ll build a team (deck) and face opposing Rumble teams in a series of challenges.

There are eight unique champions that lead each opposing team. The player and these champions will be using a new mechanic made for the solo mode called shrines. When a player begins a Rumble Run, they’ll have the opportunity to choose from one of three random shrines. Each shrine is connected to a Loa, and each Loa is connected to a class in the game.

This means that when you select a Shaman shrine, you are committing to playing Shaman throughout your Rumble Run. The same applies to any shrine connected to any class. There are three shrines for each class, but since they pop up at random during selection, it can be difficult to target a specific shrine. It’s best to pick a shrine connected to a class you’re comfortable with and give it your best shot.

Once you’ve selected a shrine, you’ll receive an incomplete starter deck that compliments your shrine’s ability. Shrines start the game in play and are incredibly powerful. Many of them have an effect that you’ll need to build your entire win condition around.

For example, there is a Paladin shrine that deals damage to the enemy when you take damage. If you’re using a shrine like that, you’d want to fill your deck with self damaging cards. Shrines go dormant when they die, which basically means they go on cool down.

As you defeat enemies and ascend the ladder, you’ll be given the chance to select new team members (cards) for your deck. You’ll have the option to choose from three randomly generated sets of cards each time the game allows you to grow your deck. When choosing these cards, it’s important to think about how each set would complement the shrine you’ve chosen.

Since you’ll be selecting your shrine from a random pool to begin the run, this will make it more difficult for players to target specific decks to simply plow through the ladder. Instead, players will have to approach the Rumble Run in the same way they approach arena mode: target the best cards available to you based on the shrine you’ve been given.

Due to all of the randomness involved, the best way to beat the Rumble Run will be through trial and error. Try to pick a shrine connected to a class you’re comfortable playing, then think about how each set of random cards it offers you can impact that shrine. Instead of focusing on deck building from the perspective of how you can beat another player, focus on how you can empower your shrine to beat them for you.

In order to get your card back, you’ll have to defeat all eight bosses in a row. A loss will make you start over at the very beginning. This means when you lose, you’ll have to pick a different shrine from a random set of three, and then you’ll have to build an entirely new deck using the random cards it offers you.

This means players won’t have much time to focus on learning a specific  deck, but they will have plenty of practice against each enemy champion. This means by the time your prefered shrine rolls back around, you’ll hopefully have a better idea of what you’re up against.

As you play through, try to focus on learning the playstyle of each enemy you face. This will better prepare you when you’ve been given the opportunity to build a deck using a shrine you prefer. Keep an eye here for more Rumble Run guides as we make our own way up the ladder.