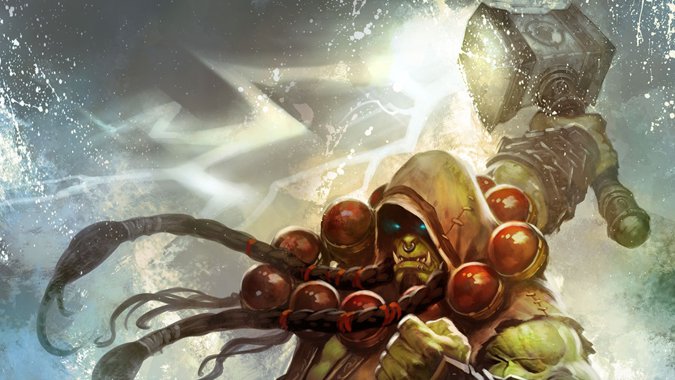 Shaman continues to dominate the Hearthstone ladder, and at this point players are resigned to it. They are just hoping that in a few months’ time the new set rotation will shake things up and dislodge it from its position at the top of the tree.

Blizzard game designer Max McCall addressed the power of the class on the official forums recently—but according to him, the class doesn’t have an overwhelming success rate.

“All of those [Shaman] decks are strong,” McCall said. “but they are all weak against Dragon decks (like Priest and Warrior) and Reno decks. If you’re tired of losing to Shamans, play Reno Warlock. In some ways, that is fine: Shamans are popular, but there are strategies that are good against them.”

“Playing Shaman isn’t a dominant strategy – again, they lose to plenty of decks – but it is still boring to play against the same class over and over again,” he continues.

These comments puzzled and angered some players, who pointed to their own experience and other sources of data like the Vicious Syndicate meta report that suggested these matchups were much closer than McCall suggested. And the other matchups were much more one-sided for the Shaman. Indeed, in a second forum post McCall that Reno Warlock was only favored by half a percentage point.

Others took issue with McCall’s characterization of the state of Shaman deckbuilding. According to McCall, there are aggressive decks which run pirates, and midrange decks that run pirates and jade cards. But by virtue of running pirates, the inclusion of jade cards doesn’t stop a deck from being aggressive in style (something we have highlighted before).

Jade Claws and Jade Lightning, which are often the only jade cards run in the faster lists, lend themselves very well to an aggressive style. Jade Claws takes the spot of Spirit Claws, as early game weapons continue to drive aggressive Shaman decks with value and early pressure.

However, McCall did rightly admit that Shaman is a problem on ladder because of how frequently it appears. According to his data, Shaman currently makes up about 25 percent of games on ladder. This can make games feel repetitive and a grind, especially if you aren’t playing one of the limited counters.

At the end of the day, Blizzard is watching Shaman closely. And if it doesn’t decrease in popularity, it is prepared to make changes. But that won’t help those players who feel demoralized by the ladder right now.