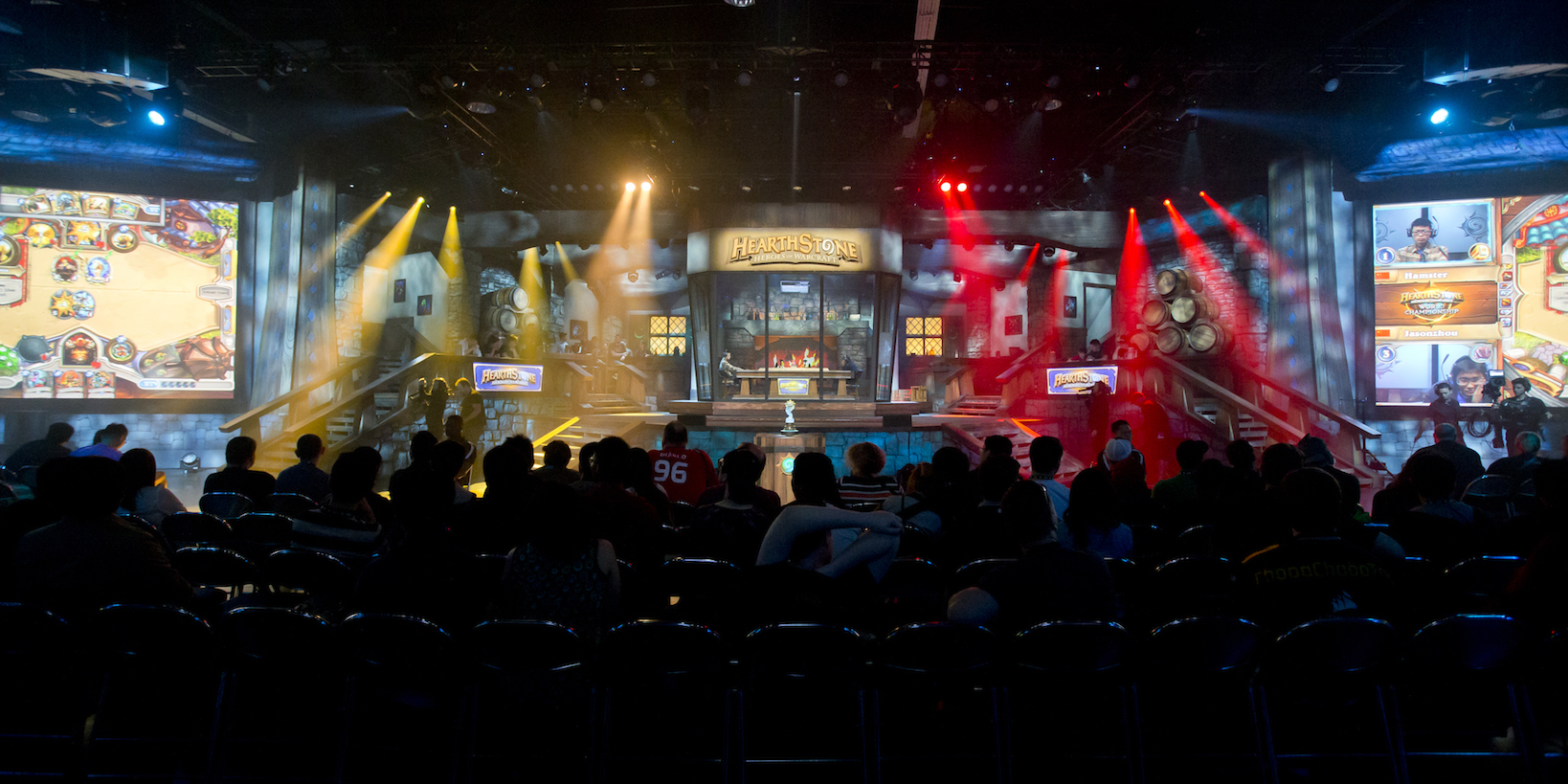 Putting together a list of the top competitive Hearthstone players of all time is pretty tough. That’s because, to be considered for such a list, a player has to demonstrate consistent success, not just flashes of brilliance—and Hearthstone is not a game that lends itself to consistency.

Winrates of the very best players can top out at the high 50s or low 60s. Hearthstone is a game with inherent variance, and that makes winning multiple tournaments and performing consistently is all the more difficult.

But that makes it even more impressive when some players rise above the rest.

Here are the Hearthstone pros who have defined the competitive game throughout its lifespan.

No list of the best players in Hearthstone would be complete without the game’s first ever world champion, James “Firebat” Kostesich.

Having been known for years among professionals as one of the very best prospects, Firebat finally put it all together on the biggest stage to lift the trophy in 2014. In his acceptance speech, Firebat’s said he hoped the victory would lead him now being included in the lucrative invitational circuit.

In 2015 he got his wish, winning back to back Gfinity Masters titles and reaching the final of the World Cyber Arena, Gamegune and PGL Tavern Tales events. With a smattering of good performances in online tournaments as well, Firebat showed his consistency and determination not to let the world championship win be the peak of the his career. All in all, Firebat is the second highest earning player in the game’s history, with over $200,000 in prizemoney.

Though 2016 saw Firebat take a step back into streaming, content creation and casting—all of which he has also excelled at—he is still a dangerous competitor when he chooses to compete.

Though his appearances in the competitive scene are now more sporadic than we would like, for a time in Hearthstone’s history Aleksandr “Kolento” Malsh stood head-and-shoulders above everyone else.

In the first year of competitive Hearthstone Kolento was one of the first stars to emerge. With his calm and considered approach, combined with a talent for deckbuilding and playing off-meta classes like Priest, saw him become the first player to win two LAN titles. The nine-deck format of the Viagame House Cup was right in Kolento’s wheelhouse, and DreamHack Winter was also no sweat for the Ukranian—despite being the most stacked tournament the game had ever seen. He capped the year off with a quarterfinal finish in that first world championship.

Kolento picked up a third LAN title in 2015, again becoming the first player to achieve that record. He also won major events like the Kinguin Pro League, taking his total career prize money over $130,000.

Dima “Rdu” Radu is one of the youngest stars of Hearthstone esports—but that hasn’t stopped him being a force to be reckoned with.

Rdu had the distinction of winning the first major Hearthstone LAN, DreamHack Summer 2014. That win, however, became defined by controversy after someone on Rdu’s friends list messaged him details of cards in his opponent’s hand. The the game, however, had already been decided. The internet being what it is, that incident has followed Rdu to this day—but at DreamHack Summer 2016 he achieved something of a redemption in claiming his second title.

Those victories, combined with the 2015 Insomnia Truesilver Championship, make Rdu the only player to have won a major LAN title in each of the last three years. Alongside his teammates in Nihilum/Gamers2/G2 Esports, who both also appear on this list, Rdu also won the Archon Team League Championships to take his career winnings over $100,000.

A poker veteran, Adrian “Lifecoach” Koy brought his years of card slinging experience to Hearthstone as a hobby—and that experience has given him a unique and engaging approach to the game.

Known as “Ropecoach” for how slowly he plays out his turns to think over every possible play, his mastery of control decks saw him first break out in early 2015 winning four online titles before his first LAN win—the Viagame House Cup 3—in May of that year. Despite a disappointing group stage exit in the 2015 World Championship, he helped his team to victory in the Archon Team League Championships and won the Celestial Invitational to close out the year.

in 2016 Lifecoach continued to be a consistent threat, winning Seat Story Cup V and posting deep runs in several other events with his total prize money rising over $130,000.

The Chinese Hearthstone community has a thriving tournament scene, but very few players have ever had success venturing into the West. Wang “TiddlerCelestial” Xieyu however has shown he can hang with any player in the world.

First gaining prominence with a second-place finish at the World Cyber Arena 2014, Tiddler quickly established himself as one of China’s very best. He ran through some of the best the West had to offer at the 2014 World Championship, finishing second to Firebat.

Coming into 2015, Tiddler wanted to leave even more of a mark on Hearthstone. He set up Team Celestial, which has gone on to become one of China’s most successful teams. They won the first season of Hearthstone Team Story, China’s top team league, and have made up 50 percent of the Chinese contingent at both the 2015 and 2016 World Championships.

Thijs is one of just two players to reach two Hearthstone World Championships, alongside Korea’s Hakjun “Kranich” Baek. After reaching the semifinals in 2015, Thijs was considered a favorite for 2016, even if he failed to advance past the group stage. He is also one of only two players to win two Blizzard regional championships.

Aside from his supremacy in Blizzard-run events, and the Archon Team League Championships win with his team mates, Thijs also has two other top-tier tournament wins to his name—The Curse Trials and Esports Superstars in 2016.

Since winning his first LAN at DreamHack Masters Bucharest 2014, Thijs has been a force to be reckoned with in any tournament. As a practice partner to many of Europe’s best players, he shares his knowledge and expertise as widely as possible—something which has helped make G2 Hearthstone’s undisputed best team.