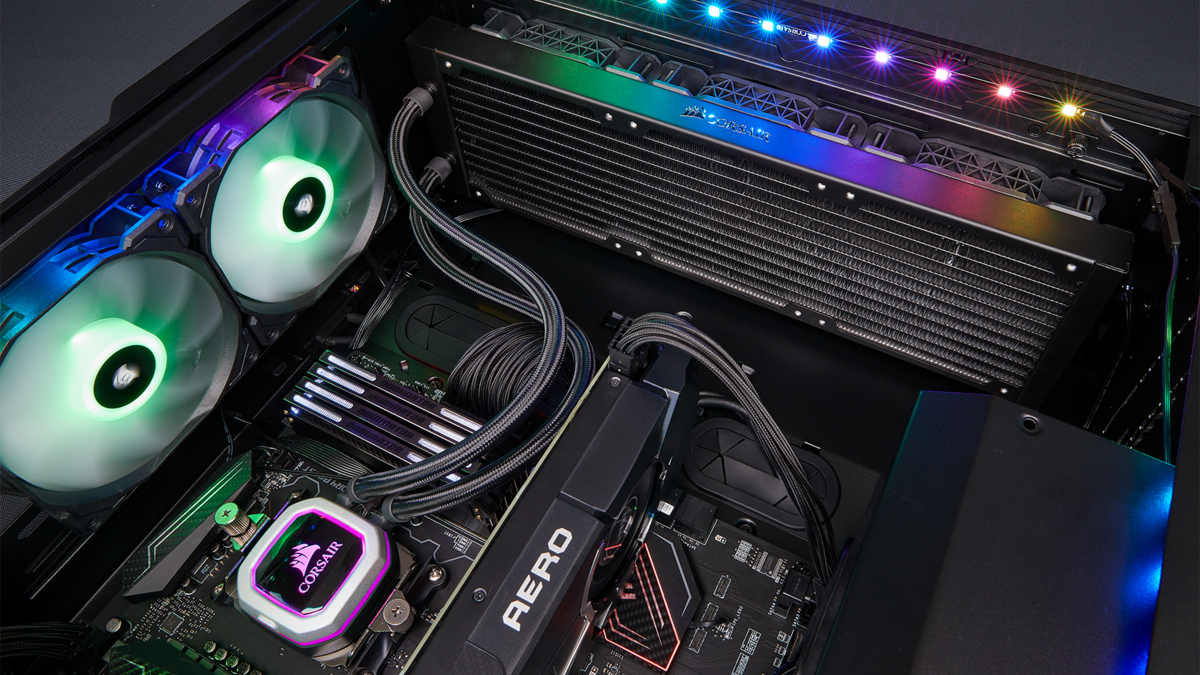 Most water cooling kits come with everything required for the installation, including the radiator tubes and water block. The water block with a cold plate at the bottom sits on the CPU when it’s installed. It’s filled with water to absorb the heat generated by the CPU. Once the water has absorbed the heat, it’s pumped through a hose to a radiator, where it’s cooled and sent back to the CPU via another hose.

Choosing the right water cooling kit depends on many factors. The kit should be compatible with your PC’s CPU, and it should fit in your PC case. It should also provide adequate cooling for the system. Generally, 240-millimeter options, like the Cooler Master MasterLiquid ML240, fit into most Standard ATX cases and provide far better cooling than smaller 120-millimeter options, like the Asus ROG RYUO. Larger 360-millimeter AIOs, like the Arctic Liquid Freezer II, often provide the best cooling, but they take up more space and are often more expensive than the smaller options.

Most PC cases have multiple mounting spots for the radiator. You can often mount the radiator on the front, top, or bottom of the case. It’s best to decide where the radiator will fit beforehand to avoid issues. Once you’ve decided where to install the radiator, you can mount the fans onto it using the long screws provided. Modern fans usually have an arrow or some type of marking to identify the direction of the airflow.

Most AIO coolers come with different mounting brackets to fit Intel or AMD processors. Each type of bracket is only compatible with one type of CPU, and it’s critical to use the correct bracket to mount the water block.

How to set up a water cooling kit for PC

After installing the water cooling kit, it’s advisable to tune its performance using software. Most AIOs come with software for users to adjust the lighting and performance while monitoring the PC temperature.

Users can decide whether to optimize their AIO for performance, quieter operation, or a balance of both. Since most software gives real-time temperature and fan readings, users can adjust the fan speeds up and down depending on their system performance. Some software also allows custom alerts when components reach a certain temperature. Users can specify what actions should take place such as adjusting the fan speed or shutting down the PC.