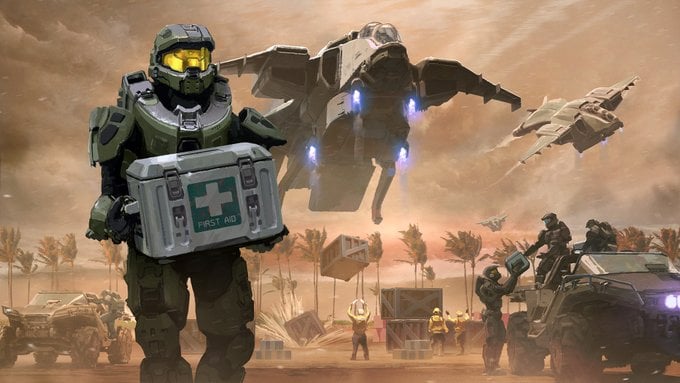 Xbox Game Studios, the publisher of Halo 5: Guardians, has introduced a Relief and Recovery REQ Pack to the game to support victims of the COVID-19 pandemic.

For every purchase of the pack from now, March 30, until April 30, Microsoft will donate all proceeds directly toward the GlobalGiving organization’s Coronavirus Relief Fund.

The pack costs $9.99 and unlocks five permanent REQs selected from the most popular visual customizations in Halo 5. The REQs come in Ultra Rare (or better) rarity, include 10 boost cards of Rare or better rarity, and can be used in the Arena, Warzone, and Warzone Firefight game modes. Xbox Live Gold membership is required to make use of the packs, though.

Players can buy the Relief and Recovery REQ pack directly from Halo 5 or on the Xbox Store.

Last week, in a similar vein to Halo 5, Call of Duty: Warzone and Modern Warfare added a DLC pack for military veterans. The “Defender” pack included 11 items and 100 percent of proceeds went toward the Call of Duty Endowment.

The pack was previously available for Call of Duty players, but due to the increasing popularity of Warzone, the game’s battle royale mode, it returned. The Defender DLC is available for $10.