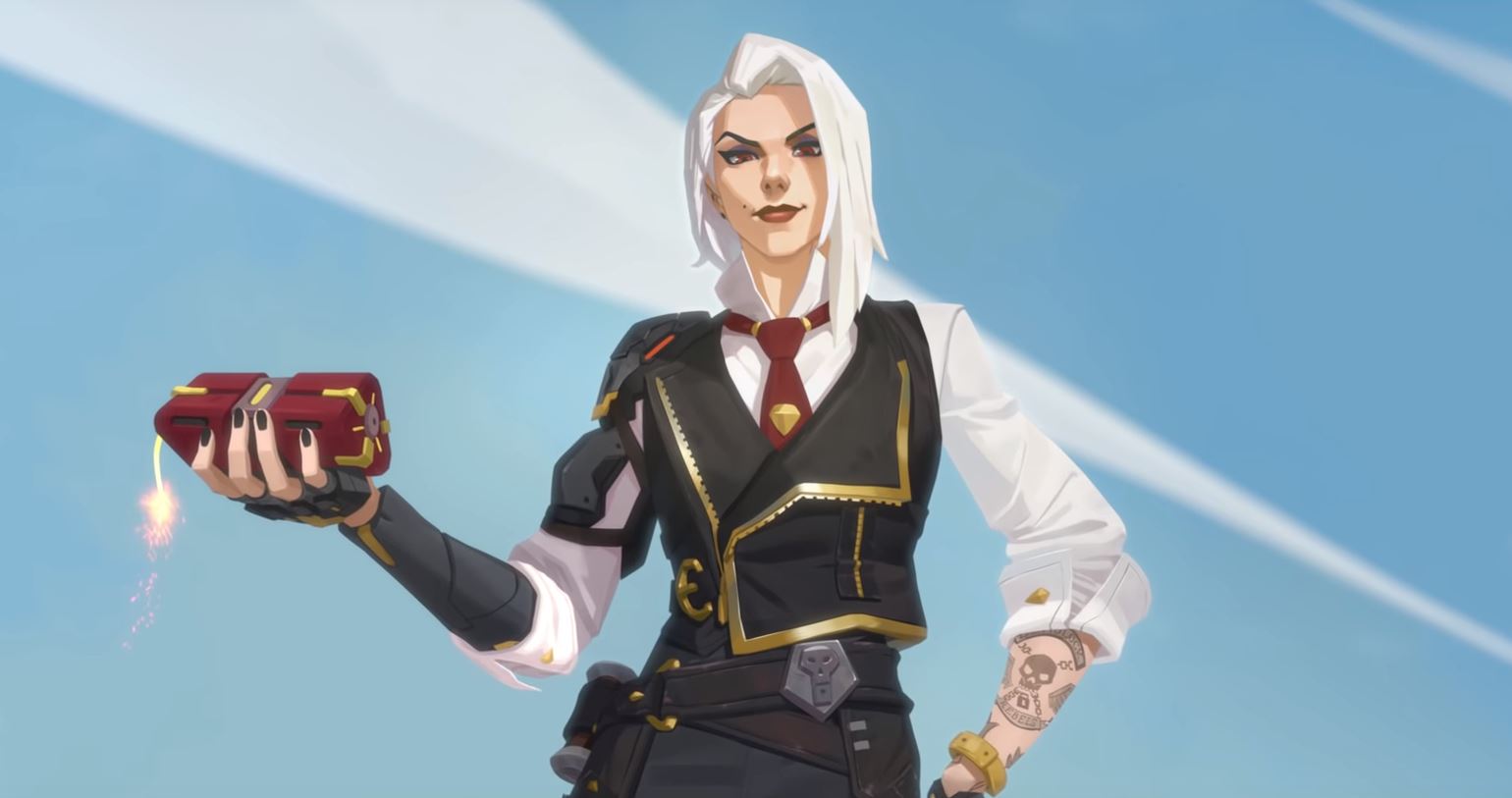 When Blizzard Entertainment announced Ashe, Overwatch’s newest hero, at BlizzCon 2018, there was no shortage of memes comparing her to Ashe from Riot Games’ League of Legends.

There were some really funny ones, like the one juxtaposing them both into the old school Spider-Man meme, but the entire conversation about Ashe looking a lot like Ashe got us thinking. There are actually quite a few Ashe—or Ash’s—in competitive multiplayer games, not just League and Overwatch. There’s Ash from Rainbow 6: Siege, Ash from Paladins, and, we know we’re stretching here, Ashka from Battlerite (people call Ashka “Ash,” okay? Lay off).

Taking into consideration their strength in their respective games, as well as how badass their back stories are, we decided to rank them all from worst to best. And since Ashe was added to Overwatch today, what better time is there?

Here are all five Ashe/Ash’s from Overwatch, League, Siege, Paladins, and Battlerite, ranked from worst to best.

Ashka, referred to by many players as Ash, is the first on our list, and therefore the least impressive Ash/Ashe we could find in competitive gaming. He isn’t bad in his game, Battlerite, by any means, but he’s just sort of… blah. His design is reminiscent of Bard from League, but instead of a whimsical celestial creature, he’s just sort of a fire guy. He throws fire around, burns stuff, and throws some more fire around. Unlike Ashe and Ashe from Overwatch and League, whose names most likely stem from the fact that they have ashen hair, the “ash” in Ashka probably just means he burns a bunch of stuff. And he does definitely burn a bunch of stuff, but that’s all there is to him.

Paladins often comes under fire from Overwatch fans for the similarities it shares with the Blizzard title. For once, however, it was an Overwatch hero that seemed to mimic something from Paladins. Brigitte, who was released in Overwatch in March this year, is extremely similar to Ash from Paladins in terms of design. This Ash would be higher on the list, due to her intense badassery, love for close-quarters combat, brutal overkill, and her nickname of “The War Machine.” But the simplicity of the “brutal berzerker” archetype is a bit of an overplayed trope at this point, so she didn’t quite make the top three.

Ashe, the silver-haired would-be queen of the Freljord, comes in at third on our list. We strongly considered putting her at two, or even one, but when it comes to the top two entries, she just doesn’t really hold a candle. She loses points for being relatively weak in League at the moment, but her frozen arrow design is pretty unique, making her one of the only marksmen in the game that can force plays on her own terms. She gained points, however, for her lore, which essentially makes her Freljordian Wonder Woman—the reincarnation of the hero that brought the region under one united rule.

It’s hard to find any character in any competitive multiplayer game quite this… well, she’s just really cool. Eliza Cohen, codename Ash, is one of Rainbow’s demolitions experts, and she even modified a weapon to allow her to drill explosives into structures from range. She’s an expert engineer, close-quarters combat specialist, she’s cocky, chock-full of hellfire, and she even led her fellow Rainbow operatives against a scourge of zombies in the Outbreak event in 2018. Oh, and she’s remained one of the most popular operatives in the game for a very long time.

It might just be because we’ve all been busy playing nonstop Red Dead Redemption 2 lately, but there’s just something about a gunslinging, takes-no-prisoners, gang-leading outlaw like Overwatch’s newest hero. After Jesse McCree introduced her to life outside the law, she fell in love with outsmarting her victims and her competition, and soon, she was the one calling the shots on the whole operation. As a bonus, she’s also super fun to play and she packs a mean punch. She’s whip-smart, a criminal mastermind of the Overwatch underworld, she’s got B.O.B., and she’s the coolest, most badass Ashe, Ash, or Ashka we could find.