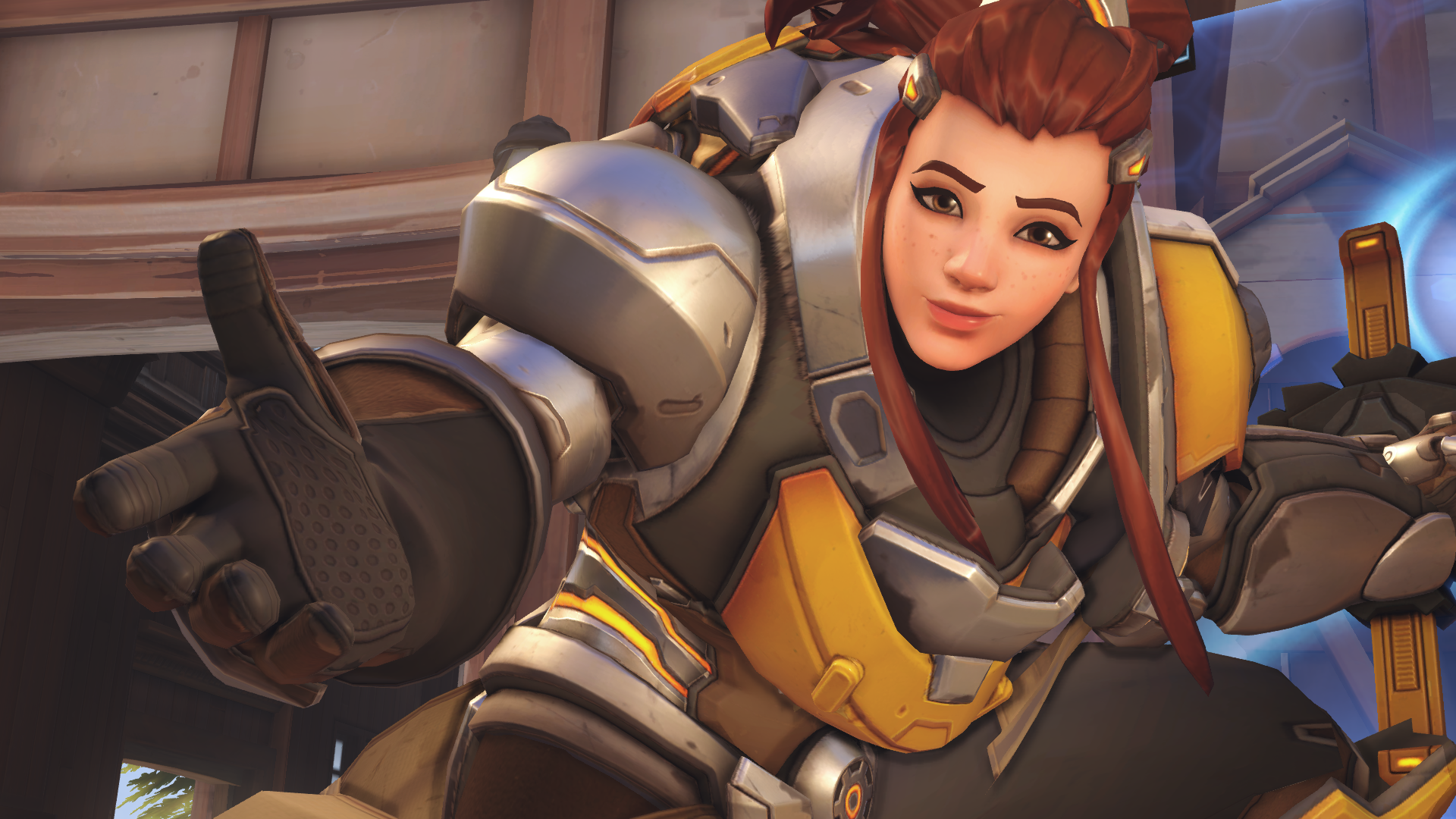 New Overwatch support Brigitte is now playable on PC, PlayStation 4, and Xbox One.

Brigitte Lindholm—Torbjörn’s daughter and Reinhardt’s goddaughter—was first introduced in Overwatch’s lore with the Dragon Slayer comic in April 2016, which followed Reinhardt and Brigitte on their adventures together. She’s was Reinhardt’s squire, repairing his armor rather than fighting alongside him.

But that all changes with her entrance into Overwatch. Her origin story video, which debuted in late February, explained that she grew frustrated by standing on the sidelines—unable to help Reinhardt until after a battle. With new armor, Brigitte has stepped in to fight alongside Reinhardt as he answers the call to Overwatch, the organization.

The new Overwatch support has been in testing on the game’s PTR since Feb. 28. PC players there have been able to test her out since then, but today is the first time that console Overwatch players will be able to give her a go. She’ll be playable in Quick Play, the Arcade, and Overwatch’s custom games, but will remain disabled in Competitive Play until the end of the current season.

We don’t know a ton about Brigitte just yet, despite her popping up in Overwatch content since before the game’s release. Dragon Slayer was her first appearance, but she’s since been in Overwatch digital comic Reflections and later in an animated short, Honor & Glory. Blizzard will likely expand her lore as she becomes embedded in the game’s details.

Overwatch’s story has become stagnant, but Brigitte could be the push that gets the story moving forward again.