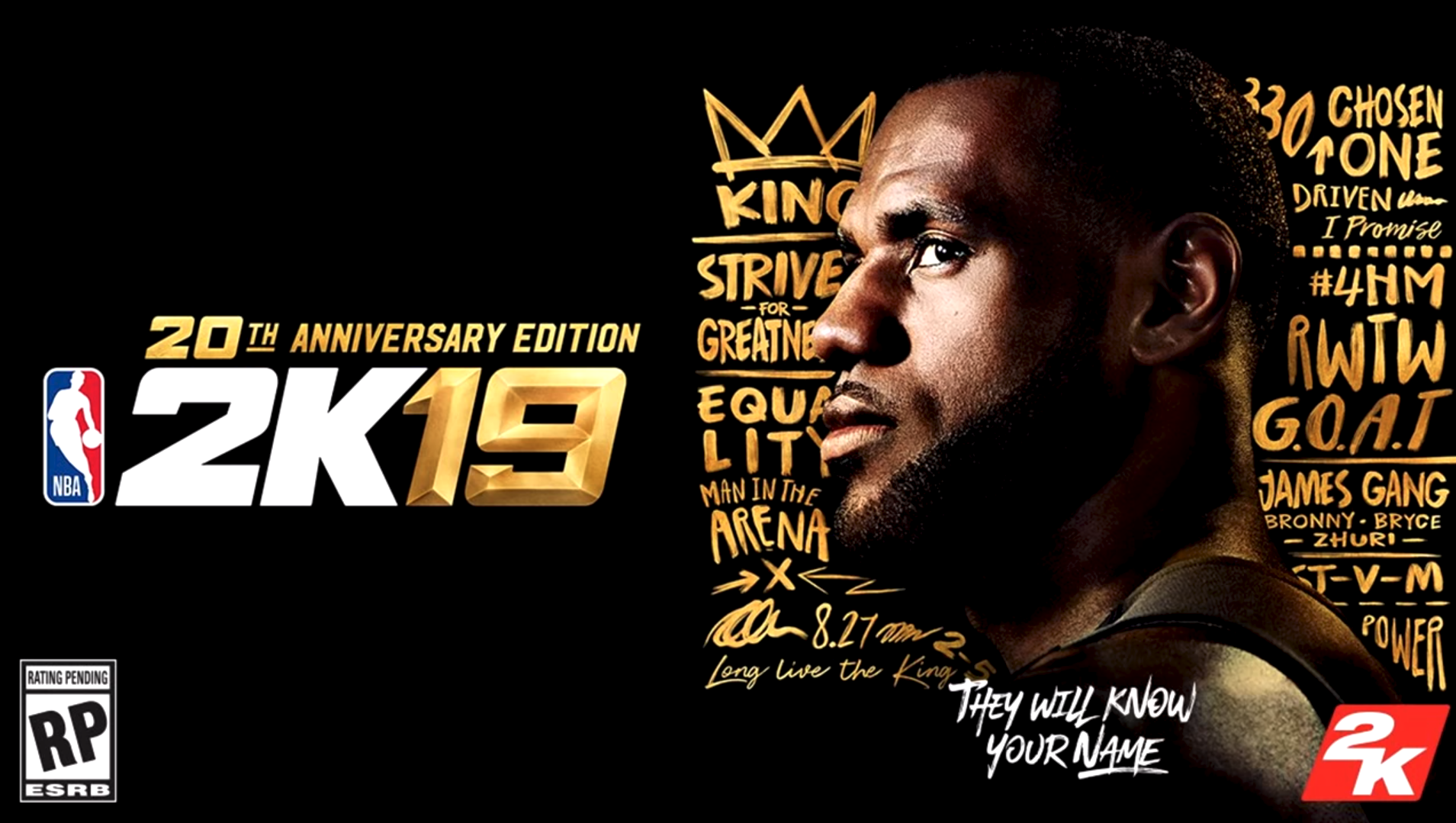 The Cleveland Cavaliers’ LeBron James will grace the cover of NBA 2K19, the second time the player has been on the cover of the NBA sim title.

It’s the second time LeBron has been on the cover—he was the headline star of NBA 2K14, too. The cover star was announced today in a trailer featuring highlights of LeBron’s career. LeBron will be on the cover of the anniversary edition according to the trailer, but it’s not clear if he will also be on the standard edition.

The latest installment in the popular title will be released Sept. 11 for Xbox One, PlayStation 4, and Nintendo Switch.

NBA 2K19 is being touted at the 20th anniversary of the series—though the first NBA 2K was actually released in 1999 for 2000 NBA season, meaning the actual anniversary will be for next year’s title.

The 20th anniversary edition of NBA 2K19 will set you back nearly a hundred dollars, $99.99 to be exact. For that you’ll get a ton of in-game currency, MyTEAM packs, and a bunch of LeBron-themed cosmetics like apparel and court murals. If that’s worth $40 to you, you can opt for that instead of the $59.99 standard edition.

It’s the second year in a row that the NBA 2K franchise will be coming to the Nintendo Switch. The debut wasn’t seemless, with complaints over things like graphical glitches and out of date rosters. But all in all it must have been a success, since the sequel is coming to Switch too.

NBA 2K19: The Prelude will also be coming to Xbox and PlayStation on Aug. 31 to serve as an introduction to the game’s career mode.