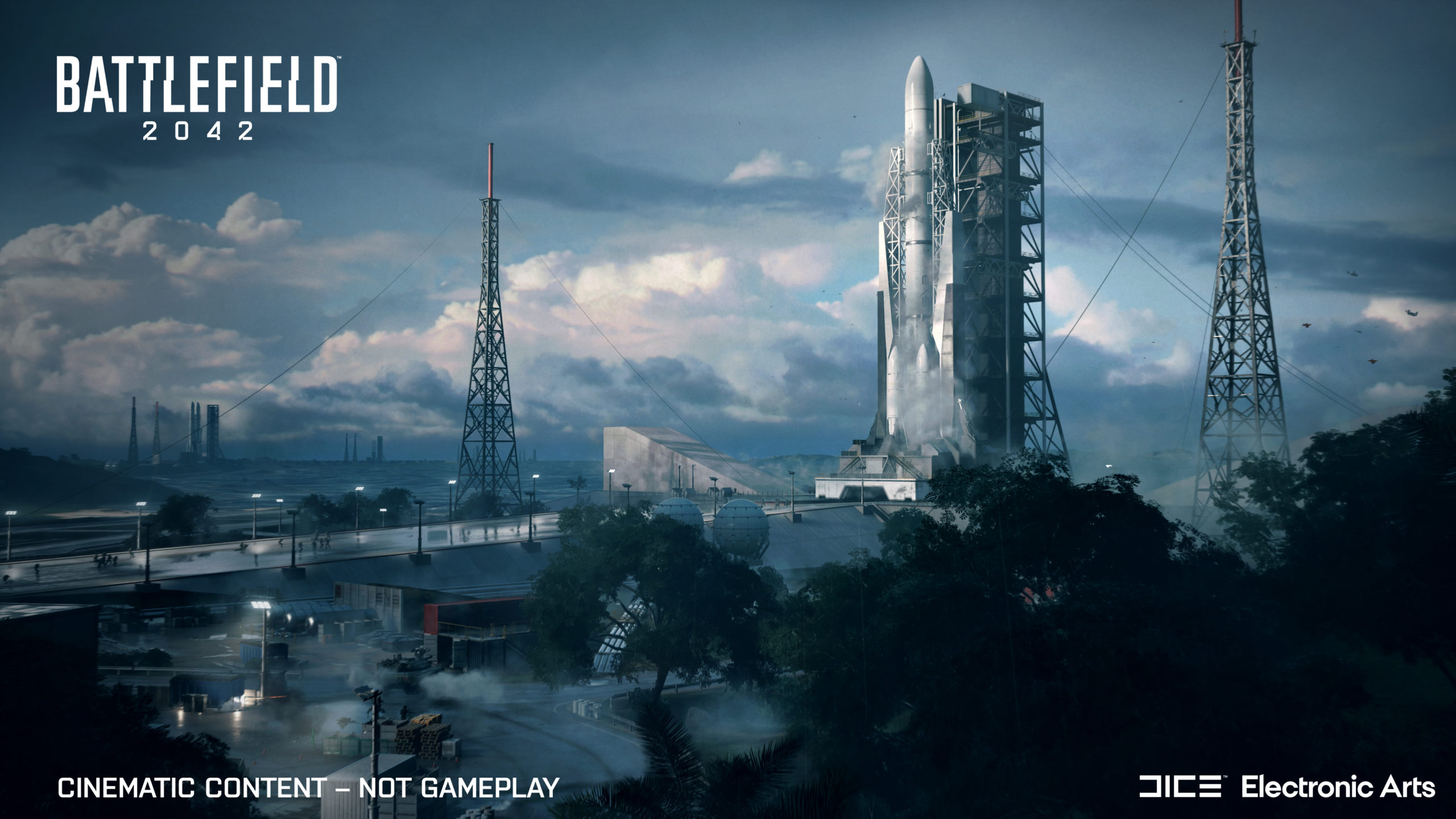 Battlefield 2042’s Orbital map features a massive rocket in the center that sometimes launches during a match, adding an exciting element as intense battles rage across the map. Players can also destroy the rocket if they act fast and have enough firepower, introducing another level of destruction to the chaos. Some players are confused about what causes the rocket to launch and if there are certain steps you need to take to launch it into space.

The good news is all you have to do is wait while playing on Orbital to launch the rocket. It is unclear how much time needs to pass in a match for the process to begin. But when the arms around the rocket lower, it means the launch process has begun.

During this time, the rocket is vulnerable to damage. If enough players damage the rocket, it will explode before launching, destroying the tower originally holding it in place. This does not significantly change the map, but it is a fun detail.

Shooting the rocket with smaller weapons does not appear to damage it. If you want to destroy it, consider using as many vehicles as possible to deal significant damage.

Players have only experienced Orbital’s rocket in the Battlefield 2042 beta, and the large object could change when the official game releases on Nov. 19. Maybe the explosion will be more significant, or a game mode designed around destroying or protecting the rocket will be introduced.