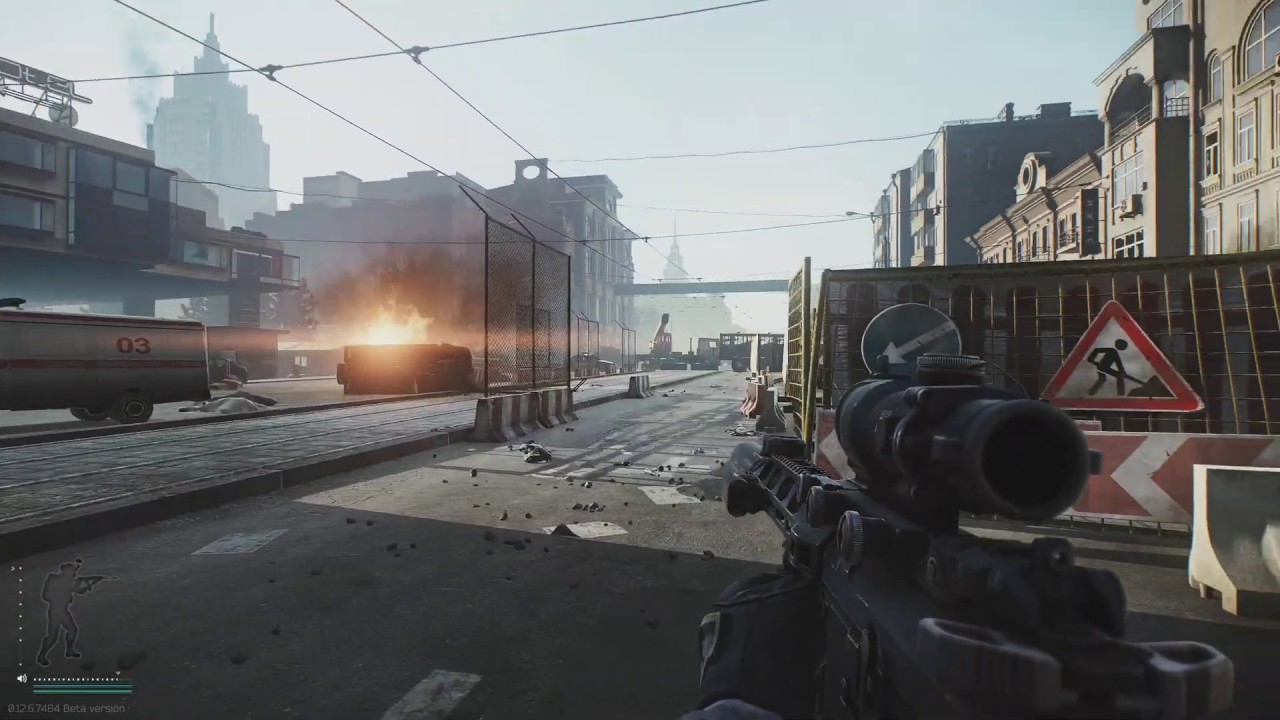 Like any other developer on the market, Battlestate Games works tirelessly to maintain Escape From Tarkov and ensure that all patch releases go as smoothly as possible. There’s one aspect that dev teams can’t foresee, however, and that’s server-related errors that can arise during release periods.

New content releases usually attract new players and also torch the interest of former players who may be taking a break from their favorite games. More often than not, Escape From Tarkov’s servers give in to the demand that significantly increases during release periods, causing players to receive the “Cannot establish server connection” error 106015.

While the error 106015 tends to make a comeback whenever there’s a new content patch, connection problems on your end can also cause you to get this error while trying to log into Escape from Tarkov.

Here’s how you can fix the “Cannot establish server connection” error 106015.

Using a VPN to play games is far from being ideal. In most cases, it introduces additional lag and ping, but it’s one of the more effective ways to fix the 106015 error in Escape from Tarkov.

Trying to log into the game with a VPN will trick the servers and make them think you’re from another country. This will help you bypass any region-specific server problems that Escape from Tarkov may be having with your local internet service provider (ISP.)

If you successfully log into Escape from Tarkov with a VPN, you can try disabling the VPN to see whether you can still stay in the game, but you’ll get kicked out in most cases. The gameplay experience can be slightly worse when you’re playing with a VPN, but at least you’ll be able to play until the devs roll out an additional fix.

Call your ISP for an IP change

A VPN practically changes your IP. If you’d like to avoid playing with additional lag and ping but still apply a fix as effective as using a VPN, you can give your ISP a call and ask them to change your IP address.

Most ISPs will do the trick in a matter of seconds. This method will troubleshoot your IP address, and if it works you won’t need to experience any of the drawbacks of using a VPN.

If this method doesn’t work for you, it may still be a decent idea to try to log into Escape from Tarkov with a VPN since the problem could still be regional.

Try out a different internet connection or mobile hotspot

You’ll need to share the mobile data plan on your phone by enabling the Hotspot setting on your phone. If you’re on a desktop PC that doesn’t have a Wi-Fi adaptor, you can still use wired tethering and connect your phone to your PC to share its internet connection.

You’ll have a different IP and an ISP while trying to connect to Escape from Tarkov with your mobile connection, allowing you to troubleshoot multiple bases at once.

Players with dynamic IP addresses will be able to get a new IP address with a simple router reset. Even if you don’t know the type IP address you have with your internet plan, resetting your router will be a solid troubleshooting step that you’ll want to check off.

Before resetting your router, it can also be a decent idea to change your DNS server. A local DNS server that’s acting out can also cause connection problems and you can quickly eliminate that possibility by changing your DNS to a commercially available one. Google’s public DNS is usually the go-to stop of most players looking to troubleshoot their default DNS server. If changing your DNS fixes the 106015 error, you may want to avoid switching back to your old DNS for a while until it sorts itself out.

While you’re resetting your router, you should also reset your PC in the process, which can also help fix the error in some cases. Wait around 10-20 seconds before turning on your devices since some parts inside will need the extra time to shut themselves off completely.

All the solutions methods mentioned in this article so far aim to change your IP address one way from the other. While it’s the most effective way to fix the error, the roots of the problem can also be buried in your game files.

The following solution was shared in Escape from Tarkov’s community forums, and it has a decent track record of solving the error for most players who weren’t able to get into the game after applying the IP fixes.

Run the game as an administrator

While running the game as an administrator isn’t an immediate fix, it can prevent you from receiving this error in the future. It may not be the main cause of the 106015 error, but inconsistencies that can happen while the launcher is downloading a new patch can cause file damage hence the error.

Running the game and the launcher as an administrator will prevent other applications on your screen from interrupting Escape from Tarkov.

Check if there are server shortages going on

In rare cases, the whole player base can experience the 106015 at the same time. This usually happens whenever there are widely spread server shortages that can happen due to a heavy influx of players.

You can check out Escape from Tarkov’s server status on Down Detector and Battlestate Games’ Twitter account since the devs keep the players updated on ongoing issues. Community hubs like Reddit can be your second stop as players will actively communicate with each other while also sharing useful tips that may have worked for them to fix the error.

When fixes can’t fix the error for you and there aren’t any ongoing server-related issues, you’ll have no choice but to contact Battlestate Games. Open up a support ticket through the official sources and explain all the troubleshooting steps you’ve tried so far to the support team.

The support specialists may ask you to provide logs or need your help with further assistance, but they should be able to find a fix to fix the problem on your system. The time frame on when they’ll be able to fix the issue will heavily depend on whether the help desk is too busy or not, so you may want to try out additional fixes like uninstalling and reinstalling the game while waiting for a reply.