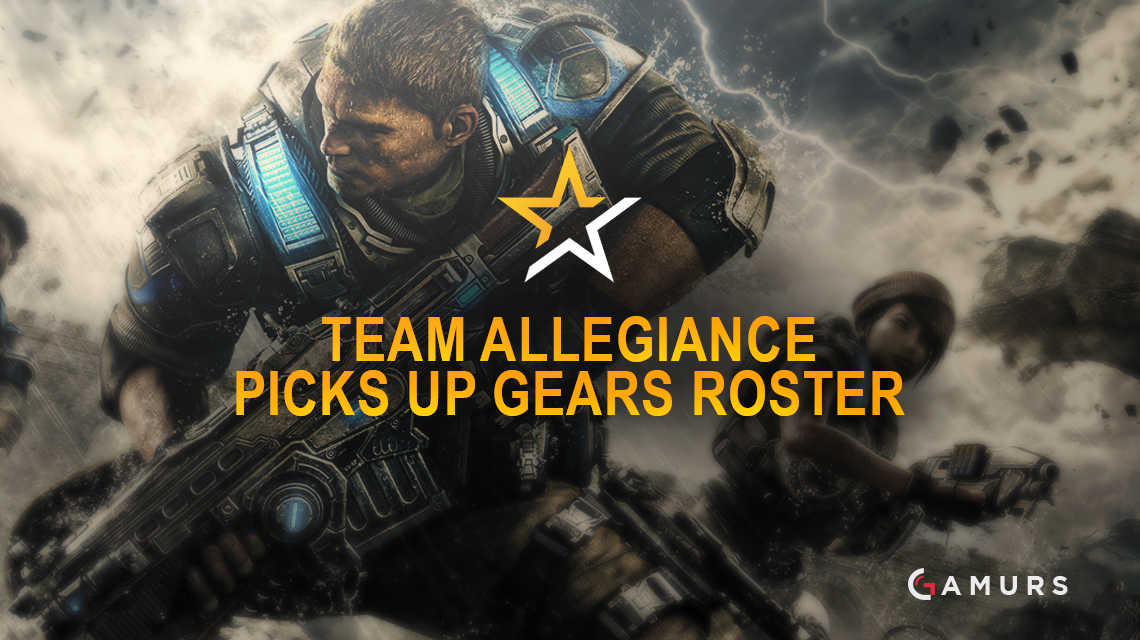 Team Allegiance recently announced their new roster in the realm of the Gears of War esport. They’ve picked up Jeff “Jerppy“ Szewczak, Patrick “Guish” Diaz, Cameron “Giraffe” Tarlton, Malil “KraZ” David, and Zachary “Yogurt” DeFrank. This quintet was recently released from Revenge, an organization that they placed third with at the MLG Launch Invitational.

We have joined @eSportsGears and will be attending the @Gfinity London Open this weekend! Welcome our newest players! pic.twitter.com/zydgafQhE0

The brand new Team Allegiance will join the competition at the next GFinity London Open this upcoming weekend to strut their skills with the organization. Gears of War is the sixth esport that Team Allegiance has become a part of, and it’s evident that they’re ready to expand into several more esports.

What do you think of this new organization change for the former Revenge squad? Let us know your thoughts below or with a tweet @GAMURScom