Thor: Love and Thunder Fortnite collaboration: How to get, release date, and more - Dot Esports
Skip to content 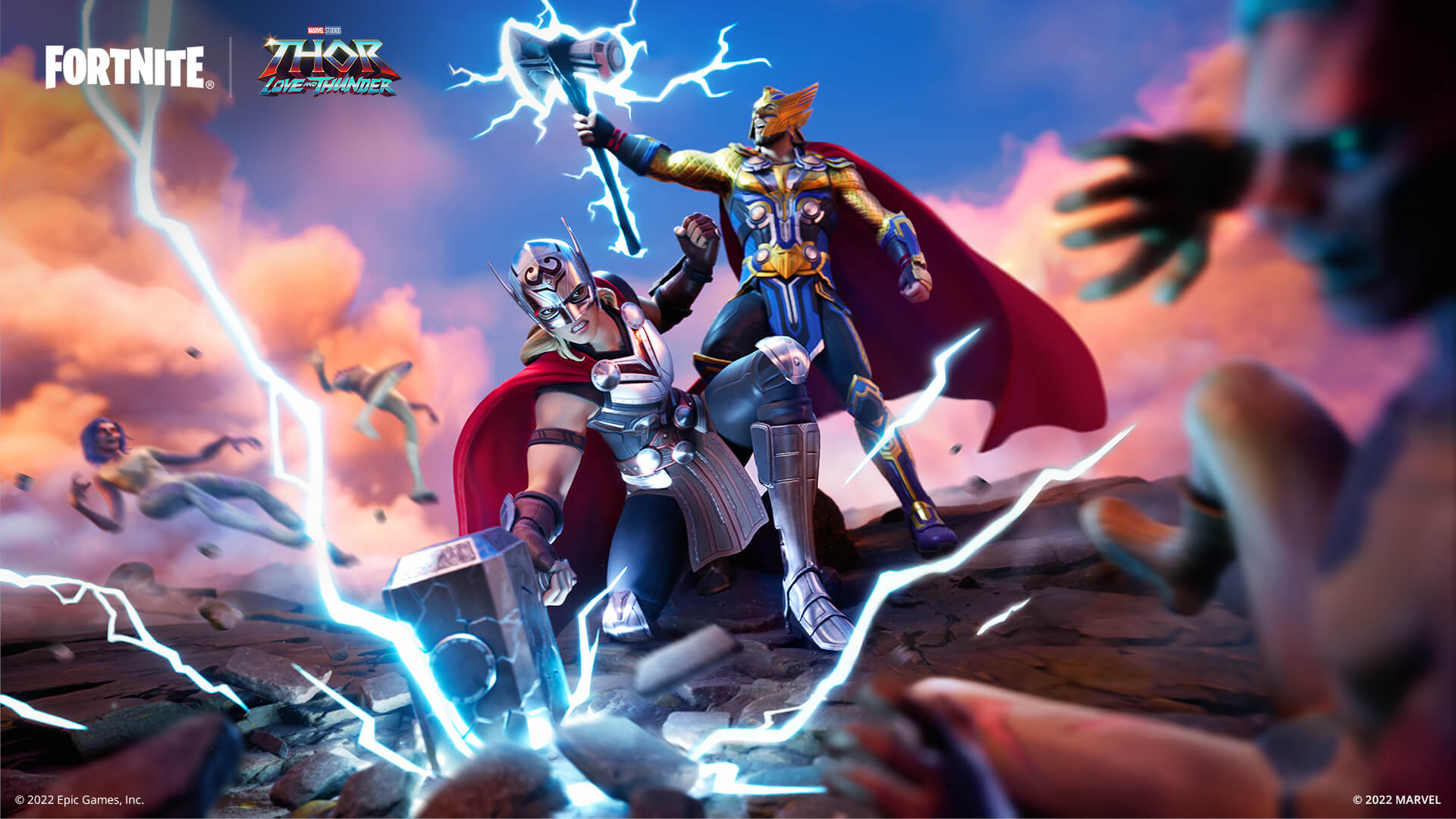 Image via Epic Games and Marvel

Thor: Love and Thunder, the latest addition to the Marvel Cinematic Universe, has been released worldwide. And like numerous releases before it, Marvel is teaming up with Epic Games for an in-game collaboration in Fortnite.

Dozens of Marvel characters have made their way to the Fortnite island as an unlockable outfit over the years, including Captain America, Doctor Strange, Deadpool, and numerous versions of Spider-Man. This latest event isn’t even Thor’s first time coming to Fortnite after appearing in the Chapter Two, season four battle pass back in 2020.

Now, a new Thor is making their way to the game by way of an in-store pack featuring tons of mighty cosmetics.

When does the Thor: Love and Thunder pack release?

The Thor: Love and Thunder pack, also known as the Gods of Thunder pack, is now available in the Item Shop for 2,500 V-Bucks, as of July 7. No end date has been given, so you should move with the speed of Odin’s Raven if you want to pick up the pack.

What’s in the Thor: Love and Thunder pack release?

Players can even acquire the Bring The Hammer Down emote, but there’s a catch. Only those who are worthy can use the hammer. So, only players equipped with either the original Thor, Thor Odinson, Mighty Thor, or Captain America outfits can use that emote.

With the Thor Odinson outfit, Mighty Thor outfit, Stormbreaker pickaxe, and Reformed Mjolnir pickaxe equipped, players can also use the Full Charge Style that will electrify the items upon eliminations or hitting weak points.