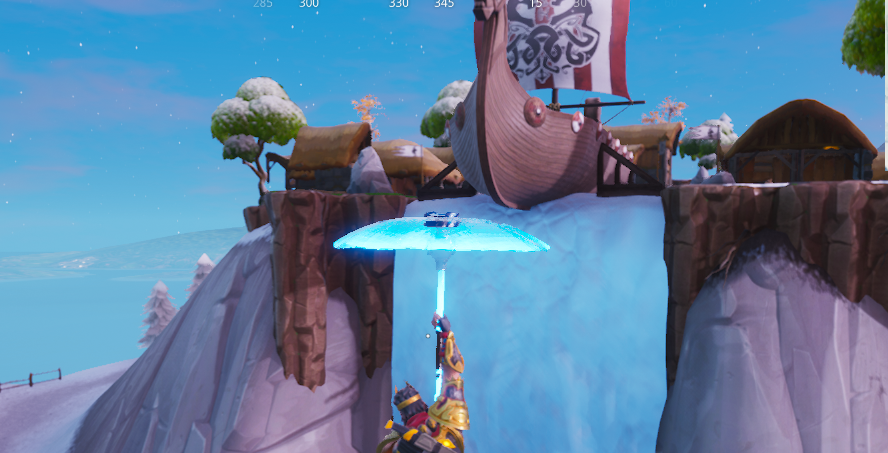 It is that time of the day again folks, the time where everyone is dropping into Fortnite: Battle Royale in search of those elusive Fortbytes.

This is one of the first Fortbytes in a while that has not actually been leaked, which means fans and press alike were forced to actually use their brains and work together to find the one released today.

Fortbyte 61, today’s Fortbyte, is tasking the player in completing the quest “Accessible by using Sunbird Spray on a Frozen Waterfall” making it one of the more easy challenges on offer.

First thing first, you want to equip the Sunbird, which is a reward in the Battle Pass at tier 26. Once equipped, head into a game and prepare to look around.

Then head to the Viking Village just southeast of Snobby Shores and just under the Viking Ship. You’ll find the Fortbyte there. You then just need to spray the Sunbird Spray somewhere near it to unlock the next collectible.

Then, it’s time to move onto the next one.