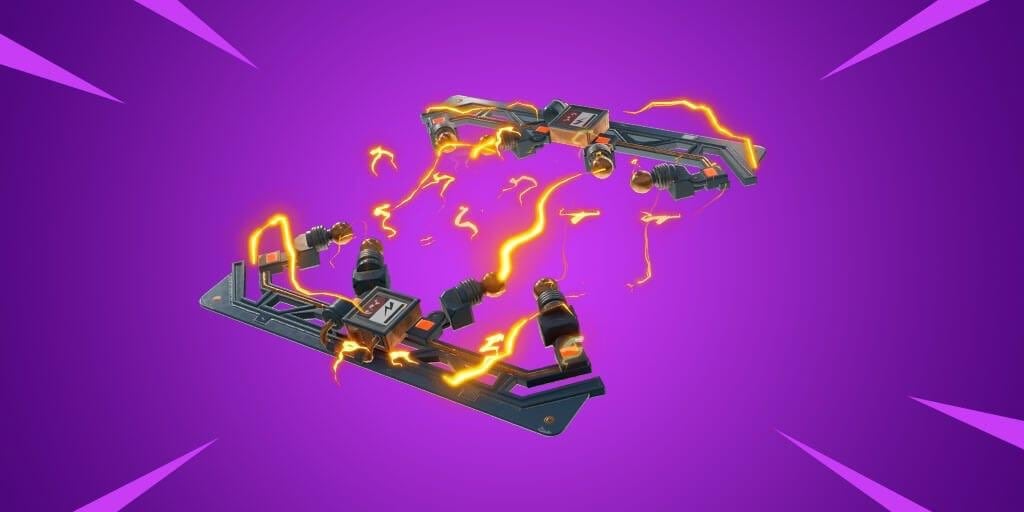 The Zapper joins the Damage Trap in the group of damage-dealing traps available in Fortnite. Both traps work similarly, but the Zapper deals way less damage to instead be more versatile in use.

Players can throw the Zapper Trap, and there’s no need to be close to any structure to place it like the Damage Trap. As long as the trip hits a valid tile where it can deploy itself, it will replace the structure it hits, taking one second to deploy and half a second to fire if an opponent is within one tile away from it. Players can also throw the Zapper in structures owned by opponents.

Such versatility is balanced with low damage. The Zapper deals 50 damage per activation, which is half of a player’s total health with no shields. Unlike the Damage Trap’s 150 damage, this is not threatening at all for a healthy player, and such low damage should turn the Zapper trap into a zoning item to force opponents out of structures instead of a way of finishing them off and securing an elimination.

Even in a best-case scenario, it would be hard to eliminate opponents with it. Players can only hold four of these at once, and they drop in stacks of two. Unless you have a full squad ready to replace four walls of opponents with Zappers, it should be really difficult to use it to eliminate someone.

Either way, players should find other interesting use of this new trap. It’s found from Floor Loot, Chests, Vending Machines, Supply Drops, and Llamas, which should make it easy for you to grab one in your first matches of this new patch.