Unleash the storm or tame it. 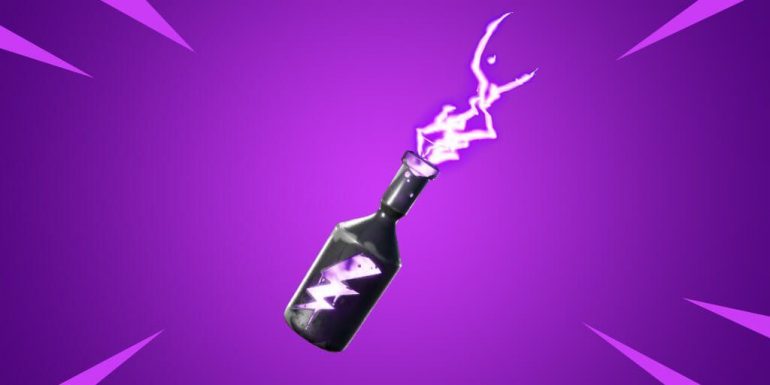 Fortnite’s v9.20 patch notes are now available, and Epic Games has sent today’s update to all regions and platforms. Players can now start downloading the patch to update their game while servers are offline for maintenance.

The key part of this update is the release of the new Storm Flip item. It’s an explosive item that creates a sphere on the impact area that either protects players from the storm or makes them take damage from it until they get out of the sphere.

Storm Flip is an Epic item that spawns in stacks of one, and players can only hold one per inventory slot. Once you throw it, it creates a sphere-shaped storm or anti-storm zone that lasts 20 seconds. If it’s in the storm, it creates a safe zone, and if it’s outside the storm, it creates a storm zone. The storm damage players take from it is the same they would take if they were in the common storm zone, which means the damage is higher the later in the game you are.

Epic has vaulted all variants of the Hunting Rifle in the v9.20 update. The company wrote that the Infantry Rifle has outclassed the weapon since its release, and it feels like there are enough Sniper Rifles in the current loot pool.

The Boom Bow will now also take 1.25 seconds to fully charge instead of one second. Epic intends to make missing shots with it more punishable, but it says that it’ll still evaluate the impact of this change in future updates.

What’s worrying is that the Mounted Turret has been buffed. It now takes 20 percent longer to overheat, which means players can shoot it for longer before having to stop for cooldown. We’ve seen the power of a Mounted Turret spray in the early days of the item, so that could be a bit worrying.

You can read the full patch notes in Epic’s website.