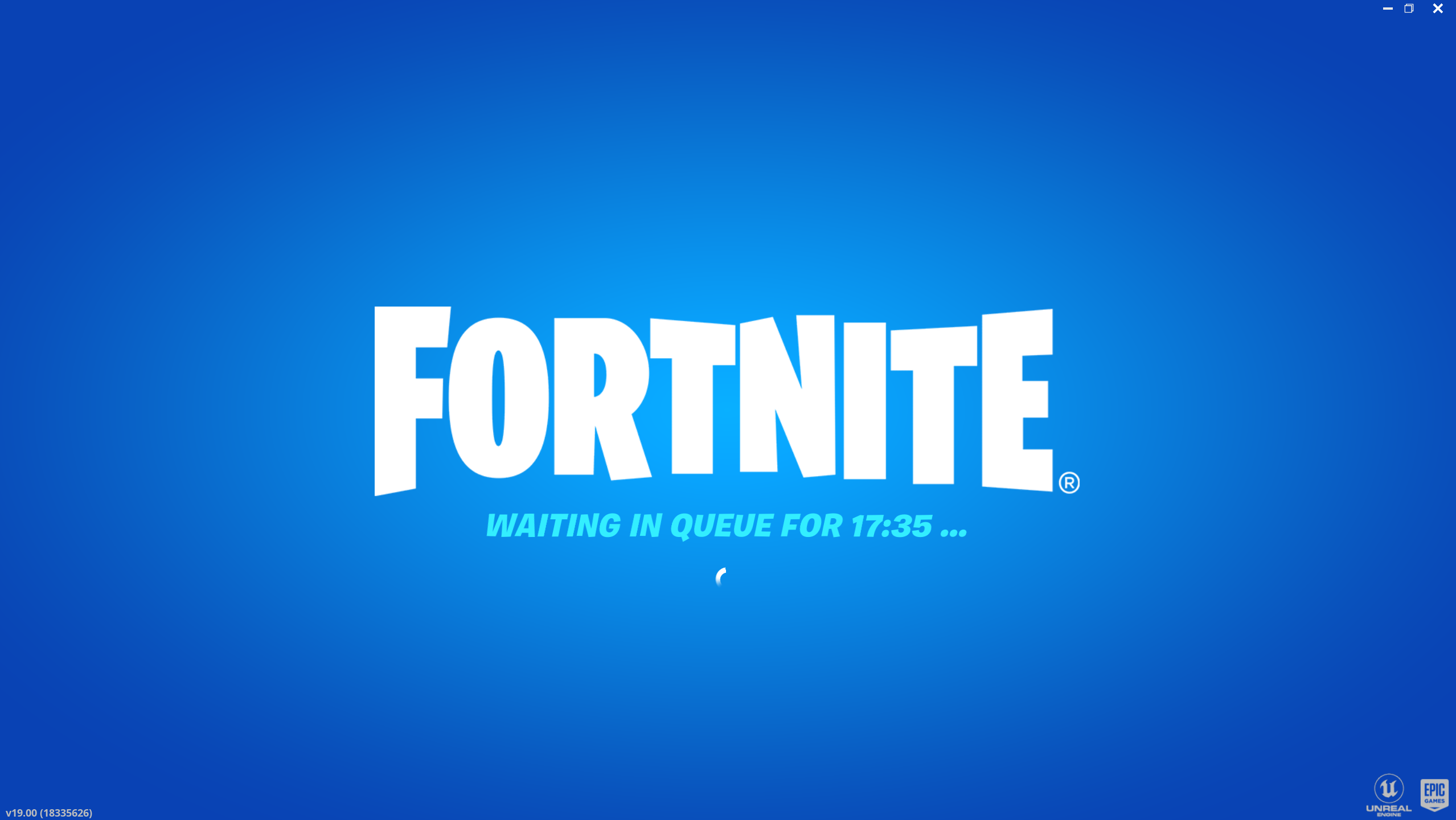 With all the excitement of a new Chapter of Fortnite, it can be hard for the servers of the game to keep up.

After Chapter Two ended dramatically on Dec. 4, Chapter Three officially launched in the morning hours of Sunday, Dec. 5. All the excitement in stock for the new season caused players to flock to Fortnite, but most players were met with a long queue just to reach the main screen after they installed the update.

Why is the “Waiting in Queue” screen appearing? How can I fix it?

There’s just a massive flux of new and returning players all trying to get in at once, so like with any popular multiplayer game, there’s going to be bottlenecking.

According to the Fortnite status Twitter page, as of 9:30am CT on Dec. 5, players can expect delays when it comes to “log-ins, purchases, partying up, and matchmaking.” So these lengthy queues are either due to the large number of players, or Epic Games is trying to give itself some time to fix some other issues.

As for what you can do to fix the “Waiting in Queue” error, the answer is in the title: waiting. When the timer is up, you should be able to get into the game. If that doesn’t happen, try restarting your game. If you continue to get put into long queues, you just may have to wait for Epic to continue to fix the game.