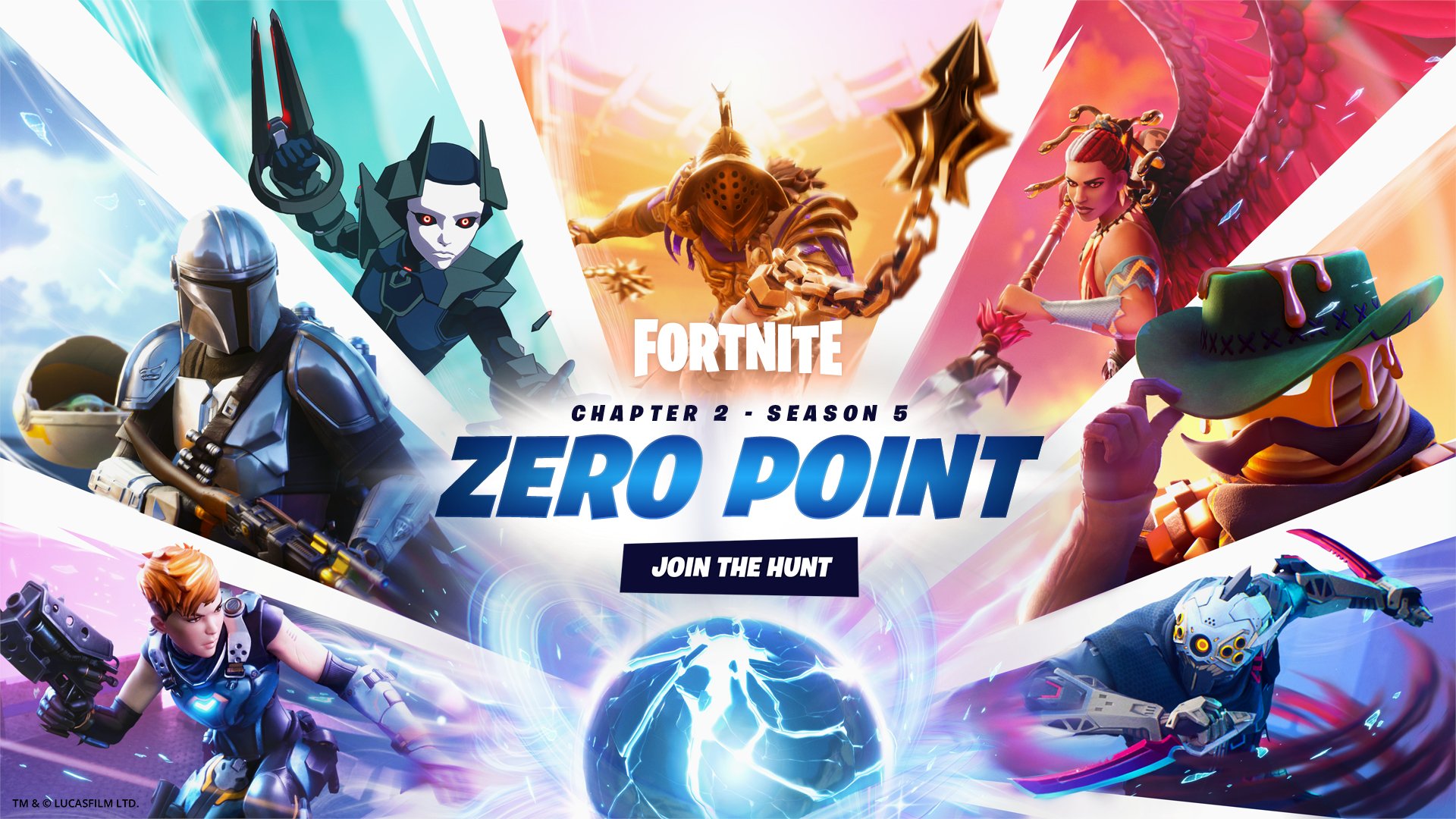 Following the conclusion of Fortnite Chapter Two, season four yesterday, Epic Games has finally given players their first look at what’s to come in season five.

The story trailer picks up right where the end-of-season event finished with Jonesy waking up inside The Agency.

After answering the phone, Jonesy is tasked with stabilizing the zero point and ensuring nobody escapes the loop. To do this, he uses a machine to locate the best hunters across all realities before being sucked into the zero point, transporting him to a new map.

Season five will be titled Zero Point and appears to follow Jonesy as he recruits the best hunters across all realities to help him ensure no one escapes the loop.

In the battle pass trailer, we get our first look at the hunters that Jonesy has assembled, beginning with The Mandalorian from Disney’s Star Wars spin-off series and a range of different characters.

Season four concluded with an end-of-season event that saw players team up with popular Marvel heroes to takedown Galactus. During this event, the destroyer of worlds targeted the zero point, looking to absorb its power and destroy all reality. Players worked to defeat the villain using Battle Buses full of explosives to destroy Galactus, but it seems like the threat hasn’t been completely dealt with. As the event ended, we saw Jonesy wake up where he begins inside season five’s trailer.

Fortnite Chapter Two, season five is set to begin in a few hours.