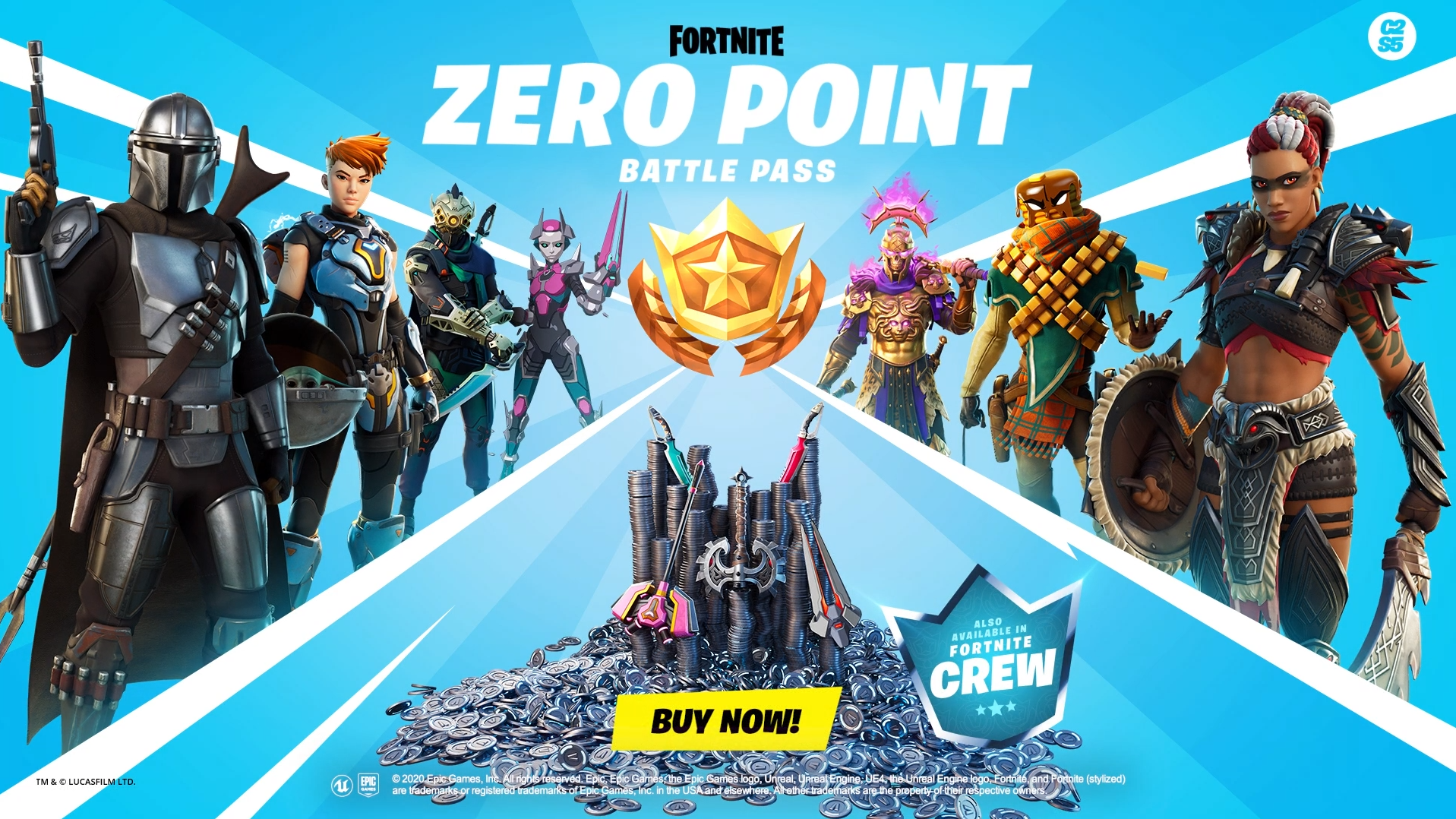 Fortnite Chapter Two, season five is almost here and before players finally get the chance to experience the new season in-game, Epic Games has released a battle pass trailer showcasing what players can expect to earn throughout the season.

The trailer picks up right after the events of the season’s story trailer that was also released alongside the battle pass trailer. Jonesy has started to assemble a team of the best hunters across all realities to ensure nobody escapes the loop.

The first character showcased is Mando from Disney’s Star Wars spin-off series The Mandalorian. Alongside him is also the child, “Baby Yoda,” who players will likely be able to acquire as a back bling.

Jonesy then introduces a gladiator named Menace donning some impressive armor and Mancake, what appears to be a stack of pancakes wearing some cowboy attire.

The next character shown is Mave, who’s described as a shapeshifting barbarian warrior. While the remaining hunters weren’t introduced, there appears to be a cartoon-styled female skin that can transform into a cyborg, a female warrior skin boasting some space-age armor, and a robotic being wielding two swords.

Jonesy then explains that during the season, there will be bounties to collect around the island. These will likely provide upgrades for many of the characters introduced in the battle pass.

Right now, Fortnite is in maintenance as Epic makes preparations for the season to launch in just a few short hours.