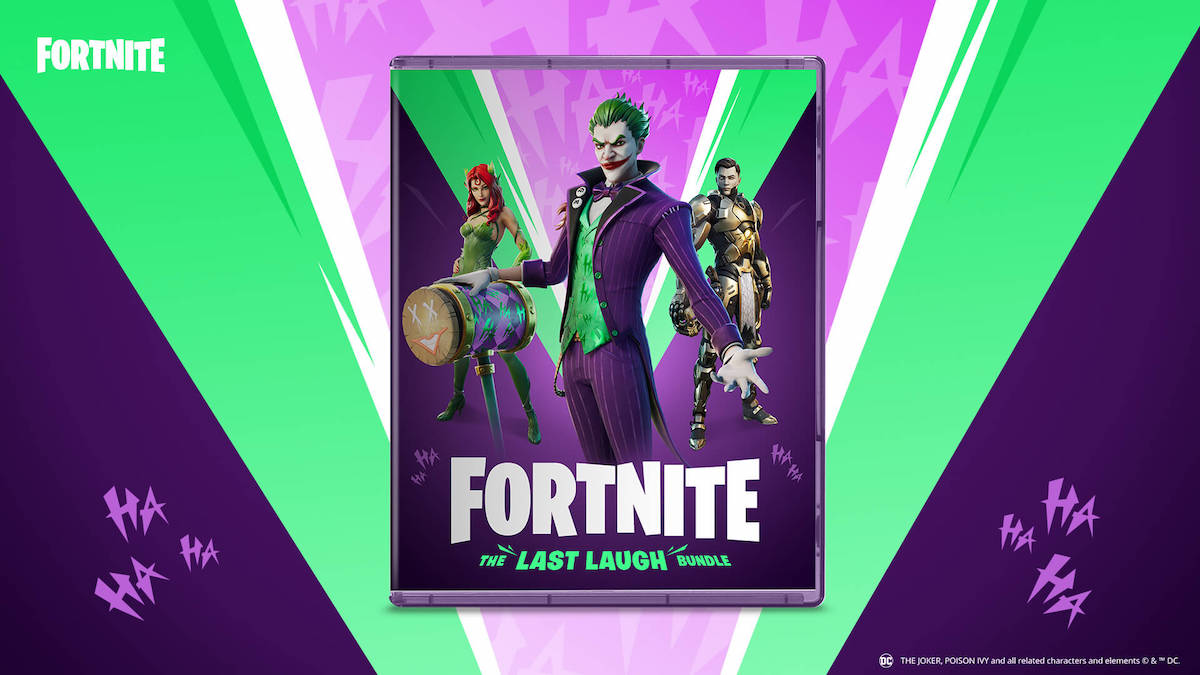 Superhero skins have been pouring into Fortnite lately. Players recently had the pleasure of working with Deadpool, Aquaman was introduced to the game, and even Captain America made a brief appearance during the Fourth of July celebrations.

All of these heroes would feel off without a proper villain, however, and DC’s Joker and Poison Ivy will be introduced to Fortnite in the following months to give all the heroes a run for their money, Epic Games announced today.

The skins will be arriving inside the Last Laugh bundle on Nov. 17, thanks to a collaboration between Epic, Warner Bros, and DC Comics. In addition to the skins, the bundle will include back-blings and Harvesting Tools for each respective character.

The deal also includes Midas, who’s been absent from the game since the beginning of Chapter two, season three, in a Rex Outfit. While the lore behind his return is unclear at this point, his mechanical suit has an Iron Man/War Machine vibe, which Epic could use as a plot point in the following seasons.

The bundle will cost $29.99, and here are the full details of what’s inside:

The Last Laugh Bundle will be available as a digital purchase on PlayStation and Microsoft stores. A physical copy will be on the shelves of selected retailers, which Epic hasn’t announced yet. The developer will update the PC and mobile players on how they could get their hands on the new bundle if they can’t get it physically soon.

While Epic didn’t officially tease the collaboration via its social media channels, the developer recently featured Harley Quinn in Fortnite’s in-game store, which turned out to be a major giveaway of what was waiting for players during the fall season.

Epic also had a similar bundle deal during the same time last year, featuring Batman. The in-game event that celebrated the bundle’s arrival turned Tilted Towers into Gotham City. Though there weren’t any mentions of an in-game event alongside the bundle, the return of Gotham City would undoubtedly be appreciated by the fans.

Gamers looking to get the bundle as a holiday gift for Fortnite games may need to hurry when it becomes available, however, since exclusive deals such as this tend to be one of the highlights of a Fortnite year.