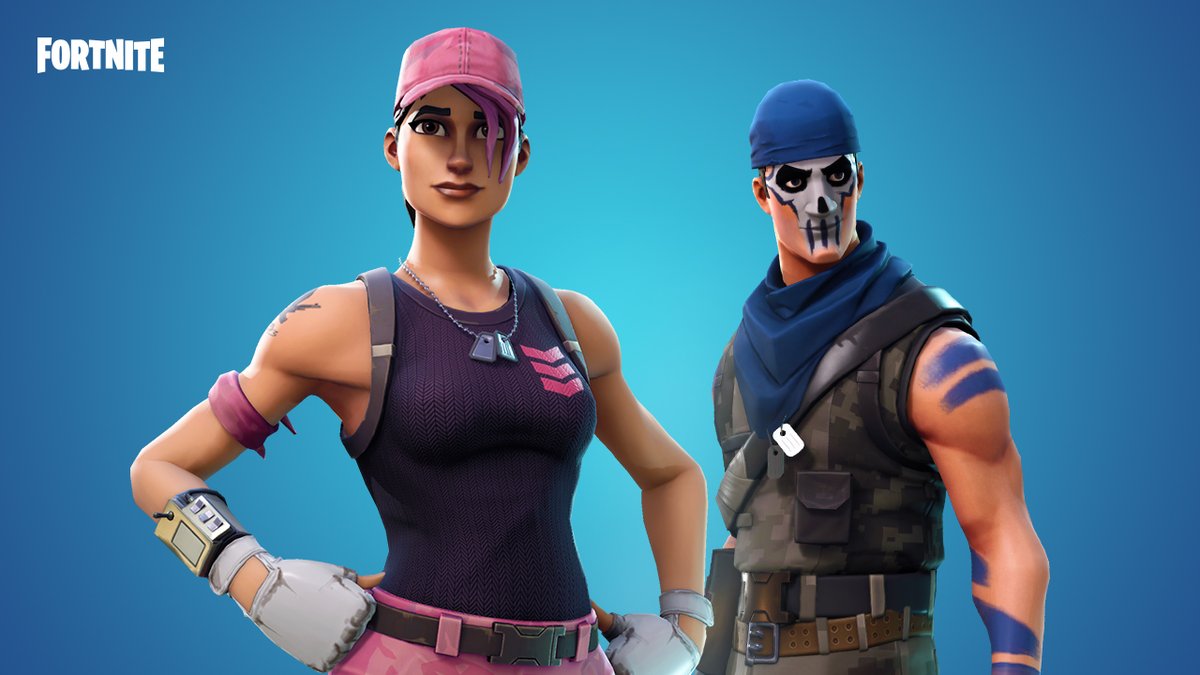 Since Epic Games announced in May that $100 million would be on the line for the first Fortnite: Battle Royale competitive season, numerous esports teams have built their squads.

Although only one Epic-run event has been confirmed, the Fortnite World Cup in early 2019, nearly every popular organization has jumped in on the Fortnite bandwagon hoping their team will come out victorious. With so much money on the line, who can blame them?

Epic made its pledge to the esports community and organizations all over the world have responded. From the United States to France to Australia, there is no shortage of Fortnite rosters.

Here are the Fortnite: Battle Royale teams for some of the most notable esports organizations in the world.

For several months, 100 Thieves owner Matthew “Nadeshot” Haag said he was interested in expanding the organization into Fortnite. On June 9, 100T made the jump with a three-person team signing.

Following the lead set by its NA LCS contemporaries, CLG announced its Fortnite: Battle Royale roster with a unique Twitter video on Aug. 8.

Known as one of the most popular and successful organizations in all of esports, Cloud9 took no chances when entering Fortnite: Battle Royale and signed three separate teams in June: C9 Blue and C9 White in North America and C9 Korea to compete in South Korea.

While their NA sister team, C9 Blue, has a full four-person lineup, C9 White only features three players at the moment.

On April 10, Michael Hogman was revealed as the leader of compLexity’s Fortnite roster. As the captain, he was tasked with building coL’s lineup and over a month and a half later, the organization announced the completed roster.

Entering Fortnite in July, eUnited is one of the latest organizations to make the jump. The team that found success in Call of Duty, Gears of War, and SMITE signed four players on July 13 to officially join the game’s nascent esports scene.

FaZe Clan entered the Fortnite: Battle Royale competitive scene on March 3, and have been a force to be reckoned with ever since then. Most notably, the organization’s all-star pairing of Turner “Tfue” Tenney and Dennis “Cloak” Lepore won three Friday Fortnite tournaments, the most for any team.

After finding some success in other shooter games such as Gears of War and Call of Duty, Ghost Gaming revealed its Fortnite: Battle Royale roster on June 7. The organization further expanded its roster in the subsequent months.

Signing four players from all different nationalities, Luminosity seems to be interested in taking over Fortnite through an international approach.

On the same day as Ghost’s announcement, NRG Esports also let the world know who it had signed to compete in the first competitive Fortnite season. Four of the five players, Kaysid, Lamar, TheGeneral, and Vicaros, left the roster in September.

OpTic Gaming, one of the most popular esports organizations in history, compiled a roster filled with former H1Z1 and Call of Duty players to make its entrance into Fortnite: Battle Royale.

Headlined by popular streamer Ben “DrLupo” Lupo, Rogue made a big splash when jumping into Fortnite esports. The organization announced the signing of eight players that will represent the Las Vegas-based organization in the future.

For a while, Team Envy had not expanded its Fortnite roster after naming live streamer KingRichard as the captain of the team. On July 28, the organization announced the departure of Richard and the signing of four players.

Known for its Call of Duty team, Team Kaliber announced its Fortnite roster on Aug. 10.

One of the very first organizations to jump into Fortnite, TSM signed Ali “Myth” Kabbani in January as the team captain and filled out the rest of its lineup the next month with the additions of Daequan Loco, Darryle “Hamlinz” Hamlin, and Juan “CaMiLLs” Camilla.

A team with history in several esports titles, Epsilon announced its entrance into Fortnite: Battle Royale on April 29 with the signing of an all-Swedish lineup.

For the three months after signing its captain, Johan “Ettnix” Bengtsson, Fnatic had not signed any additional players. That changed in July when the team welcomed two more European players to their team.

Although mostly known for its historic Counter-Strike division, mousesports entered the Fortnite scene in mid-July with a four-person team signing.

The Swedish powerhouse entered the Fortnite: Battle Royale scene with a four-player team signing on July 26.

Although the team may not be as well-known as some of its contemporaries, Solary could have one of the most talented rosters in Europe. The team took the grand prize at DreamHack Tours in May and one of its players, Duong “Kinstaar” Huyh, was very successful during Fortnite’s E3 event.

Popular Dota 2 organization Team Secret signed 13-year-old Kyle “Mongraal” Jackson, along with three other players, to its Fortnite lineup on April 25. Although some questioned the decision to add such a young player, his talent is undeniable. Mongraal and fellow teammate Domeniks “Domentos” Bunts won the June 15 Friday Fortnite, becoming the youngest and only European pair to win the tournament.

One of the most recognizable organizations in French esports history, Team Vitality has a French-speaking roster representing it in the Fortnite esports scene.

One of the premier Australian organizations, Chiefs Esports Club signed a five-person team to compete in any future Oceanic Fortnite events.

In addition to its North American rosters, Cloud9 plans to field a Korean lineup as well. Featuring Moon “Duty” Sun-ho, the top Korean player in the Fortnite Solo Showdown, C9 Korea will certainly have high expectations.

Chiefs wasn’t the only major Australian power to act on Fortnite’s popularity. Mindfreak, which fields the most successful Call of Duty team in the region’s history, entered the scene with the acquisition of the Junior Mafia Fortnite roster on May 31.

Newbee, known for its Dota 2 roster, expanded into Fortnite on June 20 with a Chinese team signing.

Although based in Detroit, Michigan, Renegades has built up a following in Australia through its Counter-Strike team. The organization continued its Australian expansion with an Aussie Fortnite team signing.

This article will be updated regularly as roster signings and changes are confirmed. This article was last updated at 12:25pm CT on Sept. 29.