Everything to know about lightsabers in Fortnite Chapter 3 season 2: Where to find, how to use them, block attacks, and more - Dot Esports
Skip to content 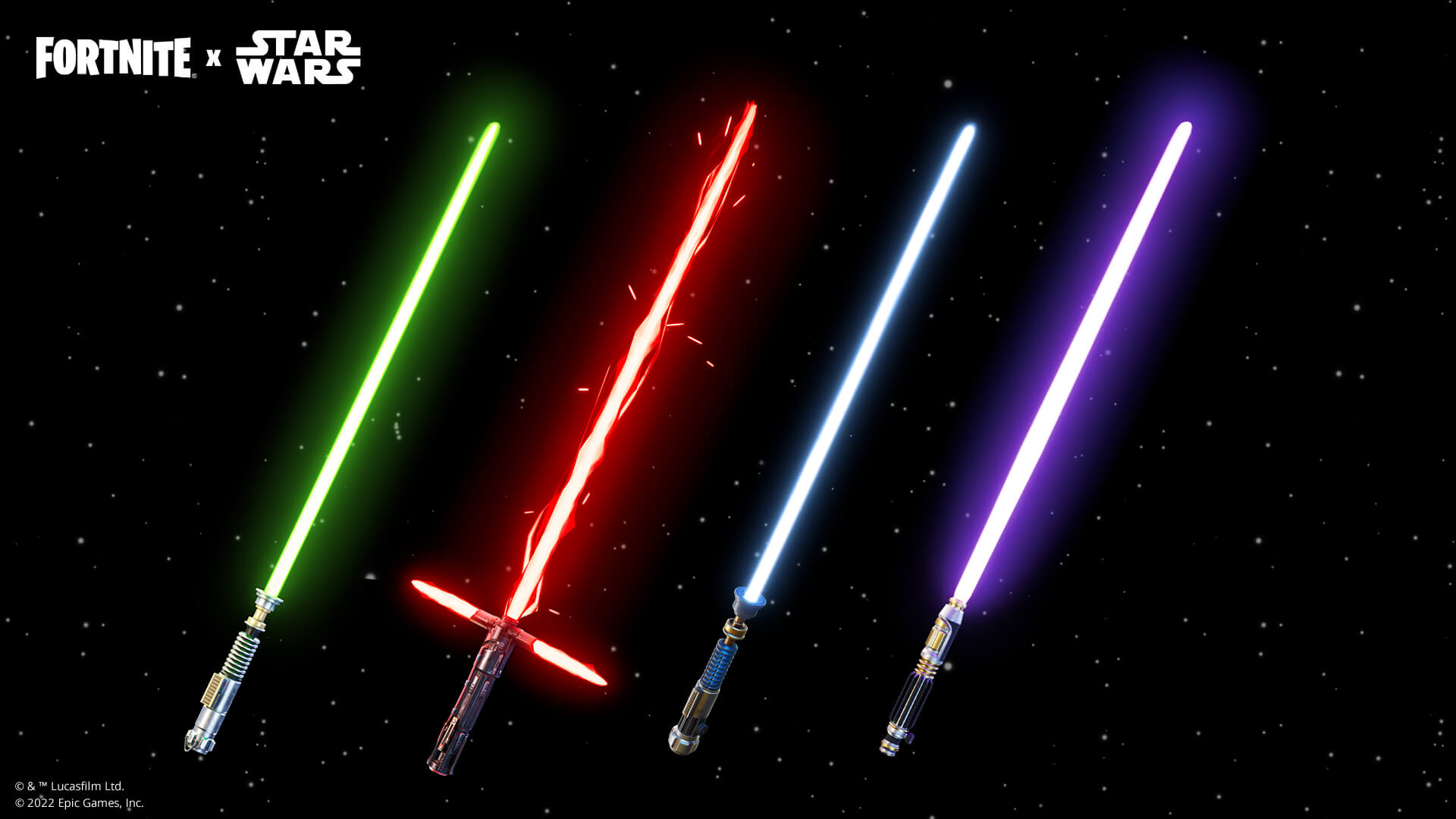 Fortnite had its first Star Wars crossover back when The Rise of Skywalker came out in December 2019. Since then, Fortnite has had multiple crossovers with the franchise and has brought many famous characters to the game. Additionally, Fortnite has brought back the lightsabers in preparation for Star Wars Day on May 4.

The four lightsabers coming back to Fortnite include the ones held by Luke Skywalker, Kylo Ren, Mace Windu, and Obi-Wan Kenobi for the first time.

Each lightsaber has the same color and design as its owners, and players can find them randomly around the map. More specifically, players can discover lightsabers as floor loot. That means some POIs like Sleepy Sound and Coney Crossroads will be your best bet at finding one.

For one of the Star Wars day quests, players will have to block 10 incoming shots with their lightsaber. Players can do this with the left trigger on the controller, while mouse users will need to press the right mouse button. Once someone begins to shoot at you, your character will automatically start deflecting hits with the lightsaber.

Players can deal melee damage to opponents by striking them with R2 on controllers or the left mouse button. The lightsaber does increased damage to structures and can knock down most walls with only a few hits.

In addition to lightsabers, Epic Games also added a blaster rifle and many Star Wars-themed quests for players to celebrate Star Wars Day on May 4. There have also been rumors of Obi-Wan getting added to the game, and his lightsaber only gives more credit to that theory.