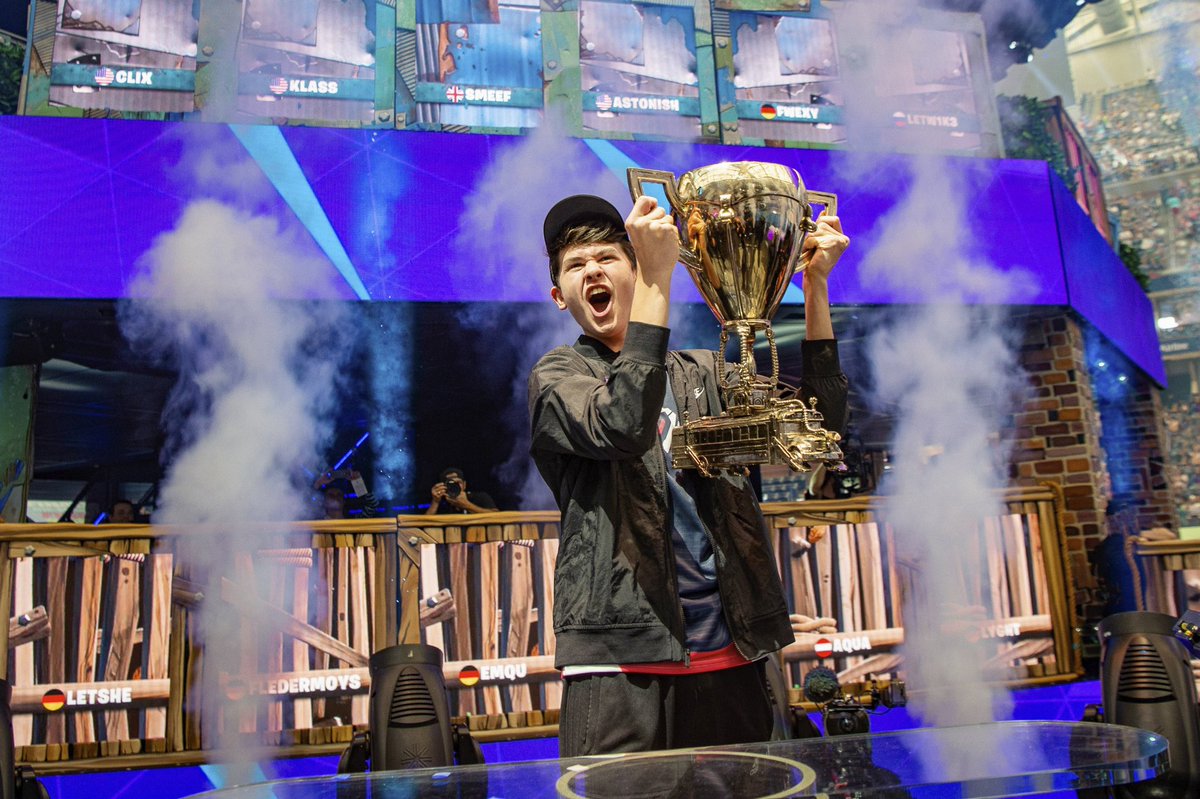 The World Cup title win launched Bugha above thousands of players, pushing him to an earnings total of $3,025,900. This makes him the youngest player in the top 10 and the only player within the top 10 who isn’t a Dota 2 competitor.

The Philadelphia native crushed the competition in the solo event, finishing 26 points ahead of second-place Harrison “Psalm” Chang, who walked away from the event with $1.8 million. Both the third and fourth-place players, “EpikWhale” and Nate “Kreo” Kou, also won more than $1 million in the solo tournament yesterday.

Bugha will need to keep winning multi-million dollar events to grab the top earnings spot, though. That spot is held by Team Liquid Dota 2 captain Kuro “KuroKy” Salehi Takhasomi, who’s earned more than $4.2 million in his career. KuroKy’s largest tournament reward came at The International 2017, where his team claimed the first-place grand prize of $10.8 million.

While KuroKy will get a chance to add to his total next month in the ninth edition of The International, Bugha will undoubtedly continue to be a force in competitive Fortnite for many years.