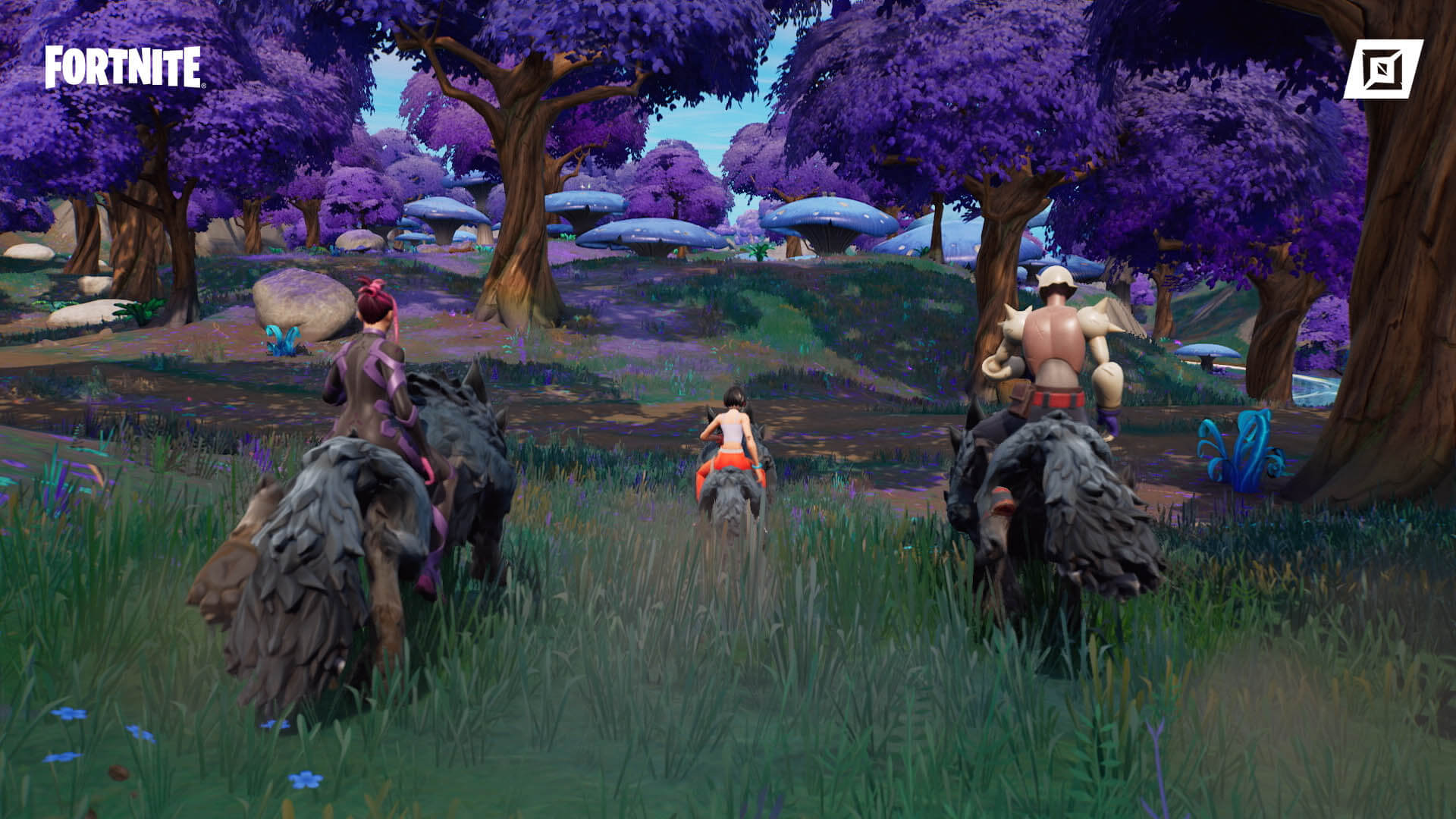 The Reality Seeds can be found in Reality Falls on the western side of the big purple tree that you can see from miles away. Use your pickaxe to mine the multiple pink bulbs on the Reality Tree. They will have a glowing blue light emanating from them. You will get two or three Reality Seeds per pink bulb destroyed.

There are specific locations on the western half of the map where you can plant Reality Seeds, and you can’t plant them anywhere else. There are 27 locations that will accept a Reality Seed and transform it into a Reality Sapling. Below, we cover every location, so you can choose whichever location is closest to plant the Reality Seeds.

We have provided maps of each location, highlighted by a yellow circle, and a written description to help you find it. In addition, we’ve ordered the list from the worst places to plant your seeds to the best. Not in terms of quality, but in terms of safety, since you have to give up some weapon space to store these seeds.

To plant a seed, just aim it with your (L2 on PlayStation, LT on Xbox, ZL on Nintendo Switch, and Right-click on PC) and then fire (R2 on PlayStation, RT on Xbox, ZR on Nintendo Switch, and Left-click on PC) and you’ll throw it. When you throw a seed at a planting location, it will just swallow the Reality Seed up. Your seedlings will appear on your map the next time you enter a game, so make sure to get your loot.

One of the easier locations to plant Reality Seeds is Rocky Reels because it is right next to the town rather than off to the side. Overall, there are five locations for you to choose from, but we recommend the northern location and the two on the southeast side of town.

You can find the northern location inside the long log that has fallen over. Plant the Reality Tree right on the edge of the log. Two of the seeds are also on logs southeast of town. The logs appear to have once been connected. Plant your Reality seed on both logs at the edges. The final two Reality Seed locations look like they need to be placed on two trees that died from dehydration. Plant the Reality Seeds at the thickest ends of both logs.

If possible, avoid planting the Reality Seeds here unless you have to. There are multiple towns nearby, and you’ll find yourself in the middle of multiple firefights just trying to reach the locations to plant the seeds. It’s also one of the furthest places from Reality Falls, so you must pass over many Reality Seed locations to get here.

You can plant Reality Seeds in three places near Tilted Towers. You can find the first two directly south by going down the road leaving town. The other is southeast of Tilted Towers, near the riverbank. The most western seed planting location is on the dirt road, directly next to the hill leading up to the road. Start there and then move east to the next seed planting location, next to a hill.

Next, follow the road south until you see a dirt path cut north. Keep heading east and you’ll find the next location to plan Reality Seeds between a tree and the river. When you only need to plant less than three, plant them on the western side, as the eastern side is out of the way and closer to where players are likely to go unnoticed.

You can plant Reality Seeds in two places in Greasy Grove, both located east of the town. You can leave the town by following the road and then head up the plateau behind the purple trees. The purple grass on the east and west sides of the plateau has both seed planting locations.

Even though there are only two planting spots if you only have enough seeds to make it to Greasy Grove, feel free to come here since many players don’t even visit this location.

You can plant Reality Seeds in two locations in Shifty Shafts, both located west of the town. There is a river between both seeds, so if you swim too fast, you will most likely make a lot of noise alerting anyone in Shifty Shafts. The first one is on the east bank of the river, and on the second one, you need to run west and go up a hill to find next to a green tree by itself. When you’ve finished planting, there is a house slightly north that you can search for loot in.

The best thing you can do once you get your seeds is to plant them at the two locations directly east of Rave Cave because they’re on the way to Logjam Lotus, which has multiple locations to plan Reality Seeds. Both are right next to each other, so it will be hard to miss them. Take the northern route from where the road splits in two on the east side of Rave Cave. The planting spot is on the road’s edge, so do not look in the snow. Go to the trees to the northeast of the previous location and look for the slope leading up the hill for the second planting location. You will find the second planting location north of the most southern tree. 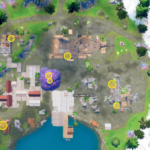 Logjam Lotus is one of the best places to head to because it can hold eight of your Reality Seeds, which you shouldn’t have if you stop by each location before coming here. If you didn’t, then you can really just drop most of them off here.

You can plant two Reality seeds right next to the purple tree in the middle of Logjam Lotus. This is the easiest spot and should be the first one you go to. Next, two great planting locations are on the east side of town. Both are near the large wooden wreck. For both seed locations, look for the overturned wood logs. You can plant the Reality Seeds next to these logs.

The seed on the right image, which is underwater, is probably the most difficult to place because it’s all about aiming and hoping you get it right, and there’s no real indication that you’re in the right place apart from where the circle is. If getting it here is your goal, swim where we put the yellow circle, look down, and then start throwing seeds. 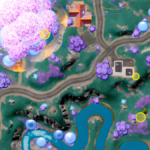 After getting your Reality Seeds, the first place you should visit is one of the many planting sites in Reality Falls. There are a lot of players getting seeds here, and it’s easier to just kill you to get seeds. The first one is easy, just go back around the tree to the east side of the tree to plant this one.