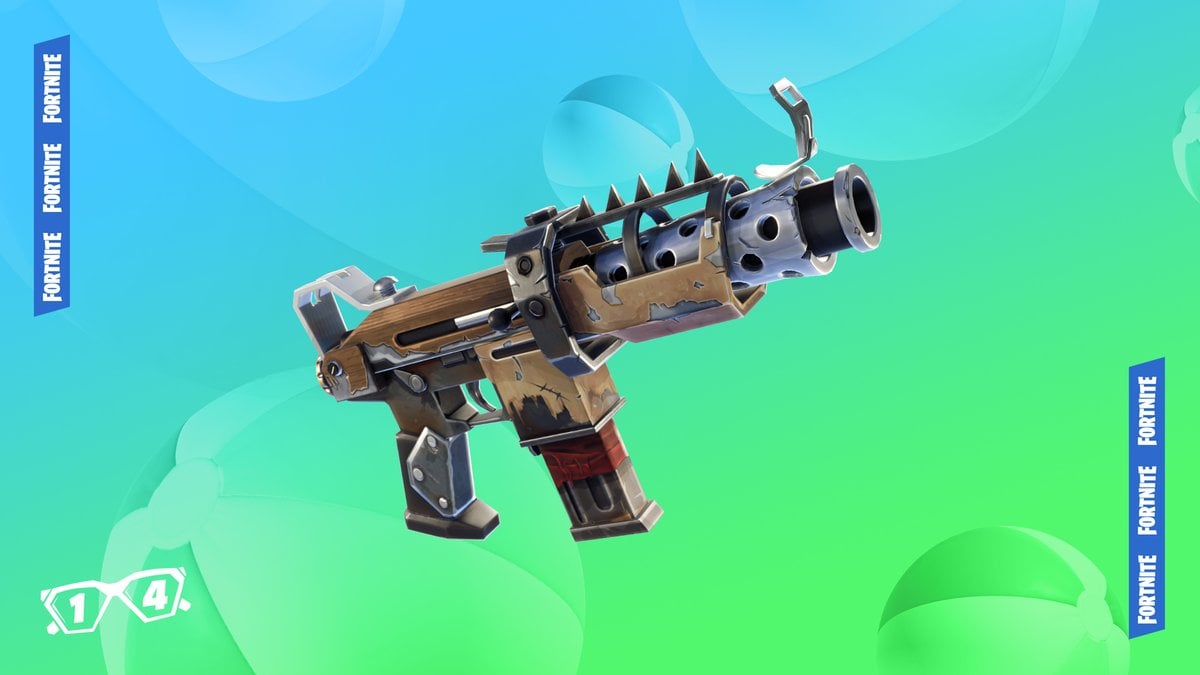 The latest Fortnite update is now live. With today’s version v10.40, Epic Games has added a weapon to the game that players can only find at the new Starry Suburbs area, which is where the old abandoned city north of Pleasant Park used to be.

Although Epic kept it as a mystery in the patch notes, writing it was a “never-before-seen weapon,” Fortnite players quickly found that it’s a Legendary variant of the Tactical SMG. So it’s not an entirely new weapon, but rather a new variant that’s appeared in the game for the first time. Players can only get it by destroying shooting stars that land in Suburbs’ surroundings.

The Legendary Tactical SMG deals 21 damage per bullet, holds 35 bullets per magazine, and can be reloaded in 2.07 seconds. That means its damage against structures is also 21 per shot with no falloff and its reload time is 10 percent faster than the Rare Tac SMG.

Although its damage per bullet is just two units higher than the 19 damage of the Rare Tac SMG, this Legendary variant can be much more effective against players. Players using it will need to hit five bullets to take down an opponent at full health and 10 for an opponent who’s also at full shield, while they need six and 11 respectively with the Rare Tac SMG. For a weapon that relies on spraying enemies like the Tactical SMG, that one-bullet difference can be huge when putting pressure on opponents hiding behind structures, and you can get eliminations and down opponents that you wouldn’t with the Rare variant.

But you’ll have to fight for your right to use the new Legendary Tactical SMG. It’s unclear how easy it is to find it from the stars at Suburbs and if players find the weapon to be too overpowered, the place will be crowded with people looking for it. Make sure you’re controlling the area first instead of trying to break stars at random looking for this new golden weapon.