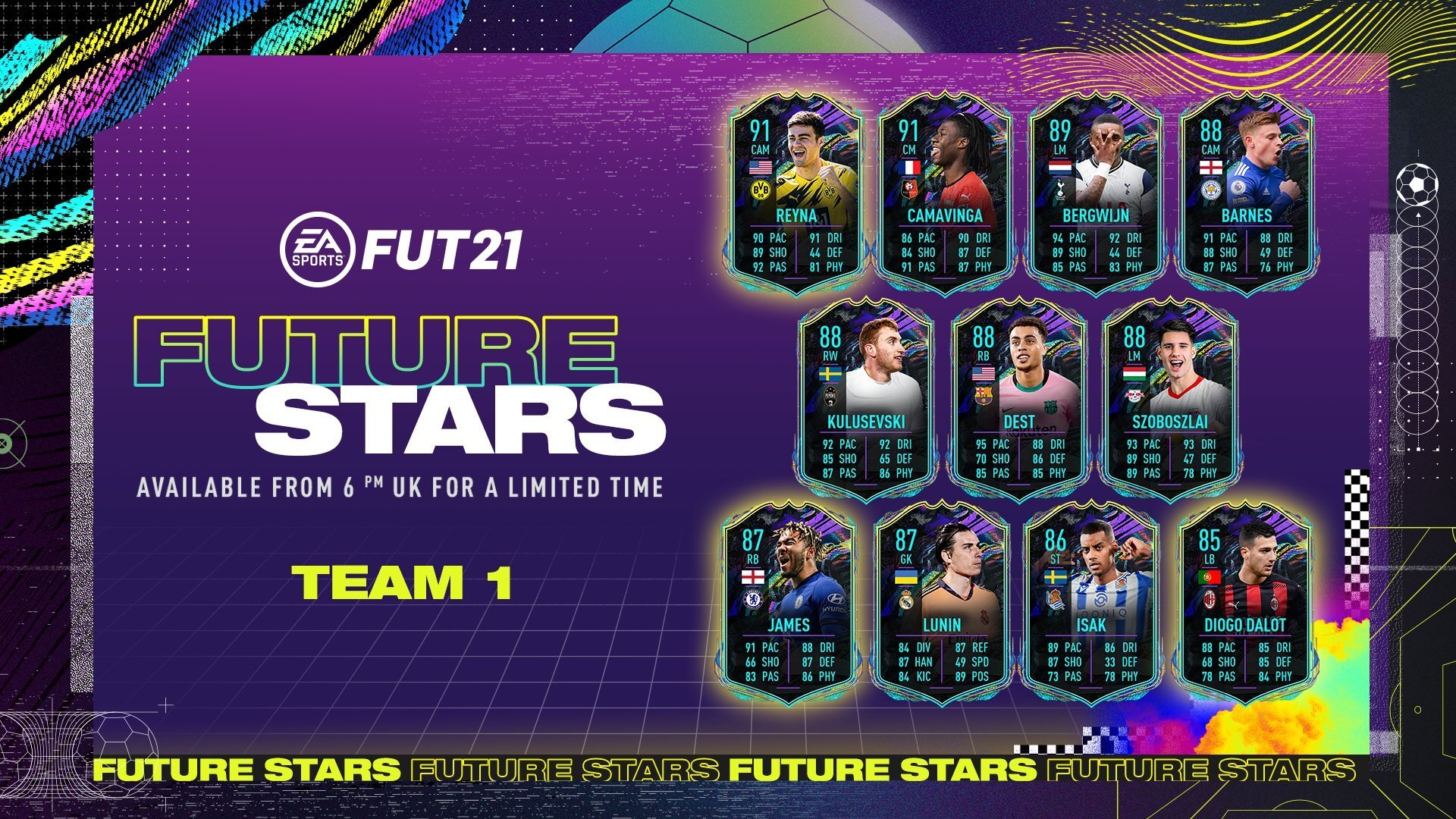 EA Sports launched the Future Stars promotion today in FIFA 21 Ultimate Team. The first team will be available for a week and includes players like Eduardo Camavinga, Gio Reyna, and Steven Bergwijn.

The Future Stars “recognizes the brightest breakthrough talents who are 23 or under and have shown high potential but have not yet become established global stars,” according to EA.

The image shows three of the cards with a glowing shadow, which signals that these players will have a second Future Star item released as a part of Team Two.

Next week, Future Star players will have dedicated objectives that you can work through to earn four versions of their Future Star item. After unlocking the first version of the item, their subsequent items can be earned by completing various objectives.

Here are all of the Future Stars players from Team One:

Future Stars Team One will be available for a week through packs in the FUT store until EA releases Team Two.